Lucid Motors To Build A 900 HP Tesla Killer But Does It Have Enough Cash? 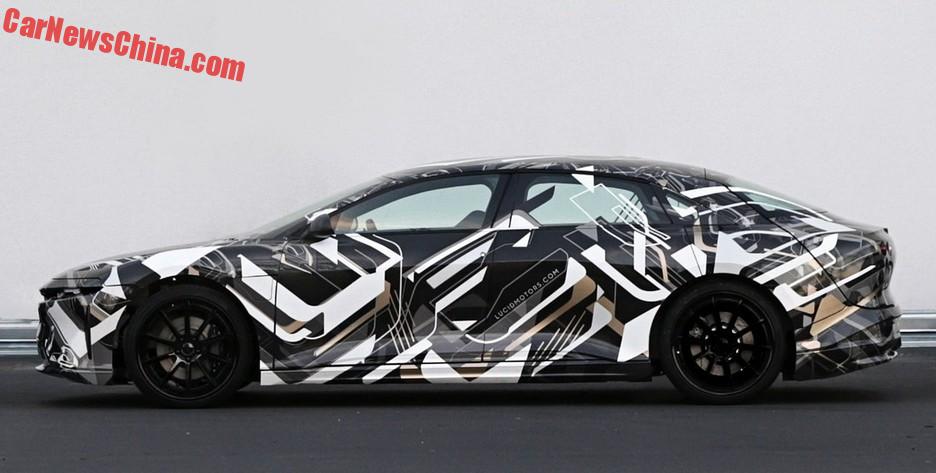 Lucid Motors is another upstart with grandiose plans. It says it will start production of a Tesla-beating hyper sedan in 2018, in a brand new $700 million factory in Arizona. The company showed a development mule, which looks surprisingly ready, on an event in Los Angeles last month.

Lucid Motors was formerly known as Atieva, originally a battery-technology developer. It got plans for cars in 2014 when the Chinese arrived. They came in the form of the Beijing Electric Vehicle Corporation (BJEV), an electric-car subsidiary of the Beijing Automotive Industry Corporation (BAIC), a mightily colossal conglomerate owned by the government of Beijing city.

BAIC owns 60% of the shares in BJEV. The rest is divided among other shareholders, including Jia Yueting, founder of troubled LeEco.

BJEV invested $100 million and got 25.02% of the shares. To celebrate companies agreed to launch a flashy concept on the 2015 Beijing Auto Show. That didn’t happen and BJEV and Atieva clashed repeatedly over strategy and cultural differences.

What happened then is not entirely clear. One of the co-founders of Atieva left the company and BAIC wanted out. They reportedly sold their shares to none other than the very same Jia Yueting that also owns a part of BJEV. LeEco also backs Faraday Future and it owns LeSee.

It has seen nothing but bad news recently. Jia was forced to admit the company was over-stretched,construction of the Faraday Future factory came to a halt, and Nevada’s Dan Schwartz said that Jia doesn’t have any money.

Trouble ahead for Lucid Motors? Maybe not.

Lucid Motors says it has received $131 million in funding, and that its investors include Venture Rockefeller, Misui & Co., LeEco, and… Beijing Auto.

The statement indicates the Beijingnese are still involved anyway. But the name can cause some confusion. “Beijing Auto” is a term that is sometimes used as a short for BAIC, and sometimes for the Beijing Auto passenger-car brand, which includes the cars made by BJEV. It is unclear which Beijing exactly Lucid Motors meant.

They will initially build 10.000 units per year starting in 2018, ramping it up to 60.000 in the future. The sedan will be as big as cars like the BMW 5-Series and Mercedes-Benz E-Class. It will have two electric motors good for a combined 1200hp, but that will be limited to 900hp for safety reasons. Lucid says 0-100 will be done with in 2.6 seconds. Range is claimed to be 482 kilometers for the first series of cars, going up to 622 in the future. The car will have a fully autonomous mode (Level 5).

It sounds absolutely great but we got to be careful with these fantastic stories, at least until more is clear about the ownership structure and about how Lucent Motors will finance the $700 million they say they need for their factory. 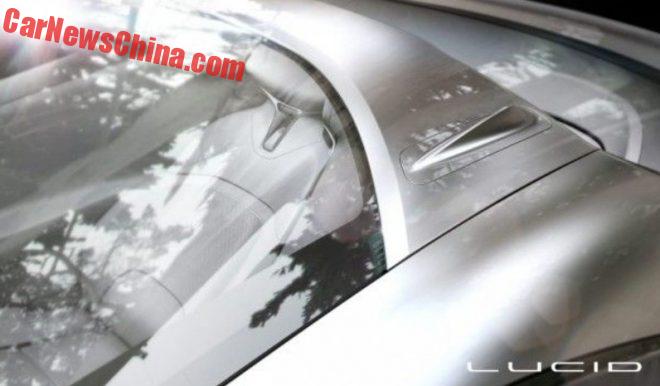 It sure looks like a great design. This rendering as shown on the company’s website shows the right-rear seat seen through the glass roof. It will have a beam in the middle. 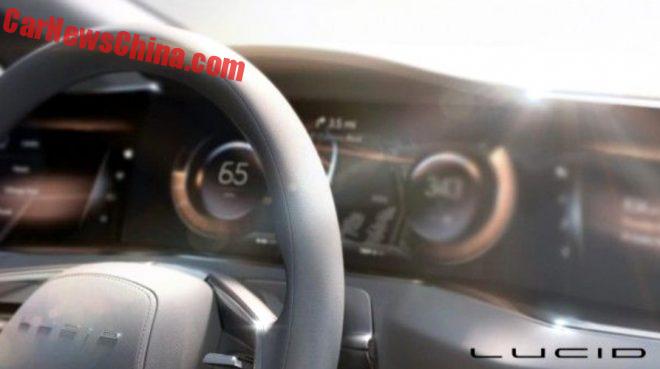 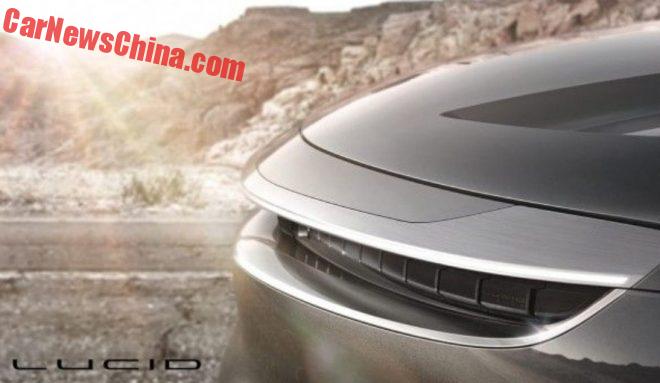 Well, the more cars the better, especially cars with 900 horses. May they find the money and succeed.