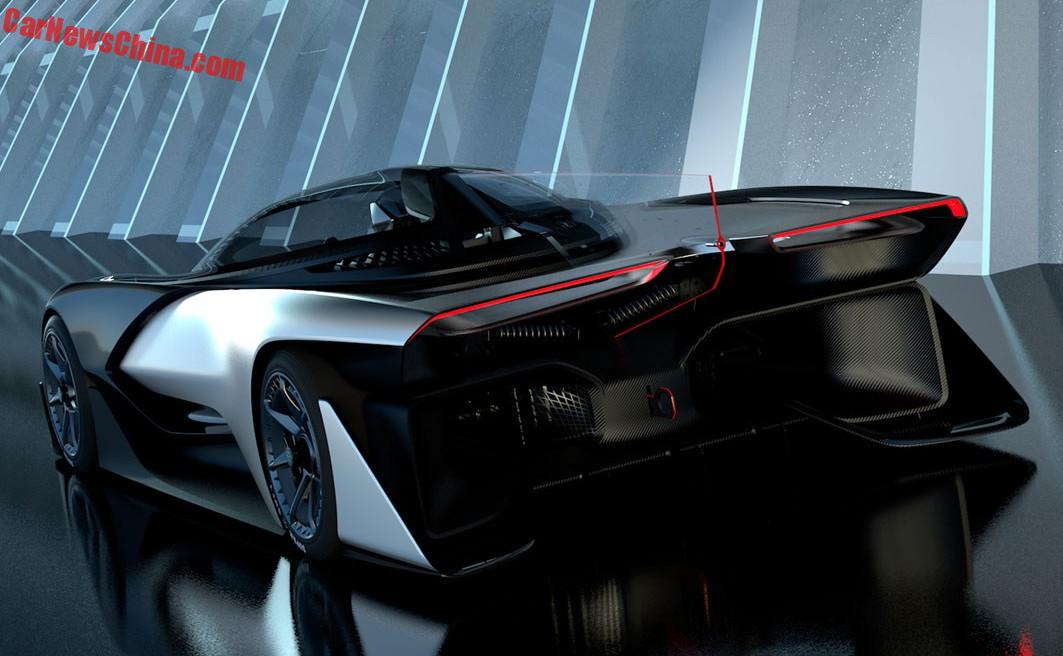 More trouble for Jia Yueting, the founder and CEO of LeEco, the main backer of Faraday Future (FF). Nevada State Treasurer Dan Schwartz has been very blunt about the company in an interview last week with China Daily.

In the interview, which hasn’t been picked up by international media yet, Schwartz says, among other things, that “Jia doesn’t have any money.” Chinese media are talking about a “crisis of confidence”.

LeEco has released a short statement in response to the allegations, saying that: “LeEco and Faraday Future have a strategic and cooperative partnership. They are two independent companies. LeEco is one of the individual investors in FF and will continue to support its development.” Jia Yueting himself released a statement as well, saying:“The Nevada Treasury accusations are unfounded and totally inconsistent with the facts, we suspect defamation, but our channels of communication are always open. ”

Faraday Future secured a $200 million incentive package from the State of Nevada, part of a deal for the construction of a $1 billion electric car factory near Las Vegas. Construction officially begun in April but the project has since run into serious trouble.

It started with key executives leaving the company. Then Jia Yueting sent a letter to all his personnel explaining LeEco had over-expanded, and that was followed by the news that construction of the factory had been halted, allegedly because LeEco didn’t pay the construction bills.

LeEco and construction company AECOM have confirmed that work has been suspended, but LeEco has stated that it plans to restart construction in 2017.

The stop, or suspension, of the construction is bad news for Nevada. The state invested a lot of political capital in the deal, which was widely criticized by analysts as being far too risky.

The unusually blunt comments by Schwartz indicate there is strong unease within the state legislature about the situation, and there doesn’t seem to be much will to come to a solution. In the interview with China Daily Schwartz said:

“The projects Jia invested in, including in China, seem very difficult for him personally to realize. If you look at Leshi [LeEco’s listed arm] it has roughly $6 billion in revenue, but it’s netting about $50 million. That profit margin is less than 1 percent … Grocery stores make 2 percent to 3 percent.”

Some Chinese media report rumors saying that Schwartz has ulterior motives for his comments on LeEco. According to the rumors he and governor Brian Sandoval are  involved in a bitter power struggle, Sandoval was instrumental in sealing the FF deal, and that the interviews by meant to embarrass him. There might to be some truth in that. In the China Daily interview Schwartz also pointed out that

Schwartz was even blunter in an earlier interview with Reuters, where he compared Jia with Bernie Madoff, an American criminal convicted to 150 years in prison for running a pyramid investment scheme.  Schwartz said:

“This is a Ponzi scheme. You have a new company that has never built a car, building a new plant in the middle of the desert, financed by a mysterious Chinese billionaire. At some point, as with Bernie Madoff, the game ends.”

The harshness of the comments and the very public way in which they were made won’t go down well in China where saving face is everything. But whether that matters is another question. Jia has come under scrutiny at home too, especially for announcing a $3 billion car factory in China to build the LeSee electric car without informing the government first, and without securing the required license to make cars.

But what matters most is that Schwartz is mostly right; there simply isn’t much money around. The largest part of the money invested in LeEco ventures such as Faraday Future and LeSee comes from Jia Yueting himself, and he borrowed that money using his shares in the listed entity as collateral.

The listed LeEco, which holds the successful internet TV activities and not much else, has a market capitalization of only 76 billion yuan ($15 billion). Stock price is down just over 30% since June, when trading was resumed after it had been suspended for six months.

In the meantime, LeEco still has to pay up for the now-uncertain $2 billion takeover of U.S. TV maker Vizio and for its ambitious expansion on the U.S. consumer market. No matter the motives of Schwartz; times are going to get tough if Jia doesn’t find any money soon.