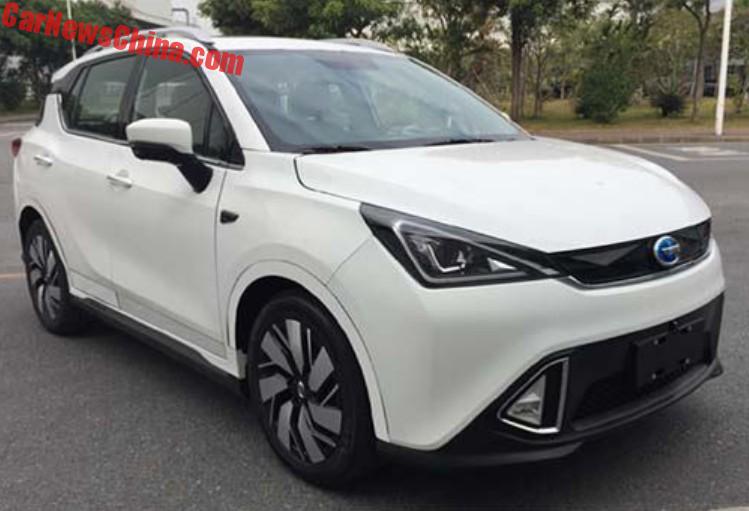 This is the production version of the Guangzhou Auto GE3, an electric crossover SUV for China. It debuted in semi-concept form on the Detroit Auto Show in January. The production car will debut on the Shanghai Auto Show in April followed by a market launch in China in early H2. The GE3 is also a serious candidate for export to the United States alongside the GS7 and GS8 SUVs. 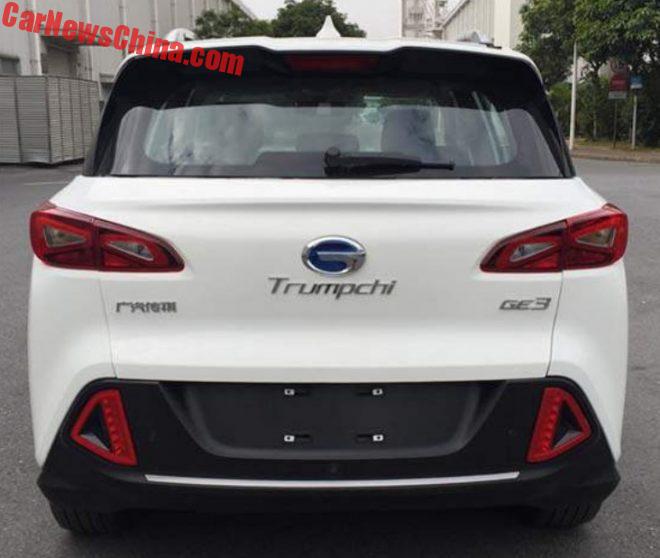 There is one very notable difference between the production car for China and the semi-concept in Detroit: the Trumpchi badge. It was not on any of the cars in Detroit, likely because Guangzhou Auto was not looking for a connection between their Chinese cars and the new president. But in China the name stays on. 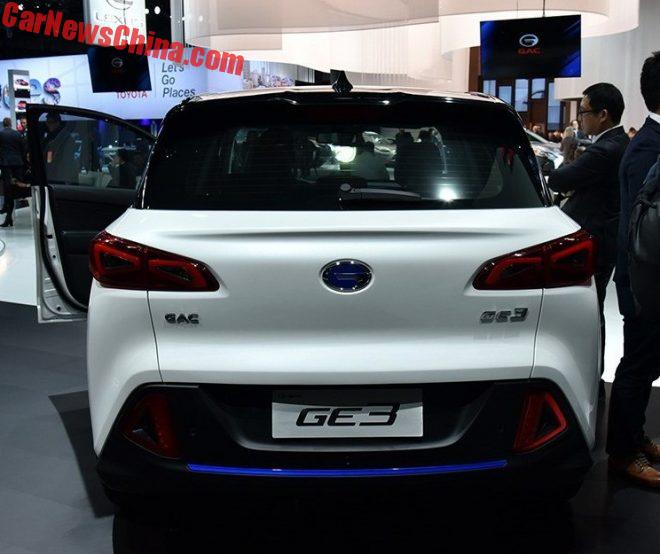 The GE3 in Detroit. Not a Trumpchi. 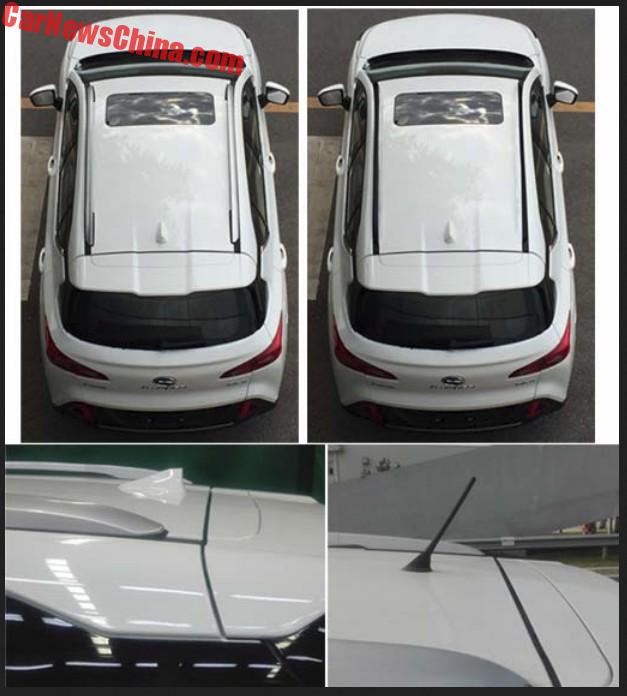 It has an air duct on the roof for more speed! Base version gets a simple black antenna, high-spec versions get a shark fin.

The GE3 stands on a new platform especially developed for electric cars. It will also underpin an MPV and a sedan.

If you are in America, would you be interested in buying this car? Price is yet unknown but it will certainly be priced below the Chevrolet Bolt. Let me know in the comments.