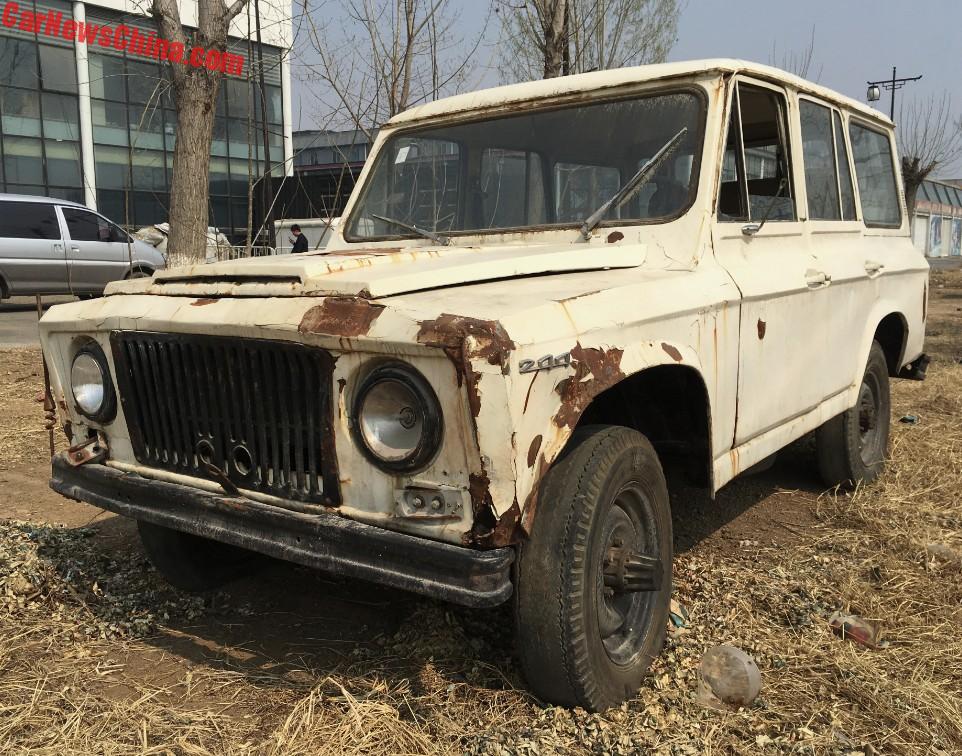 A beautiful ARO 244, Spotted in China in northeast Beijing. The good old ARO was sadly in a poor shape and abandoned to elements. Happily, it wasn’t completely dead yet so a dedicated ARO fanatic with time and money on his hands should be able to restore it. 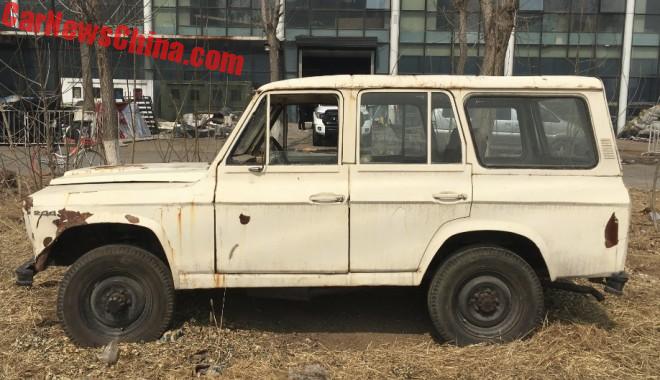 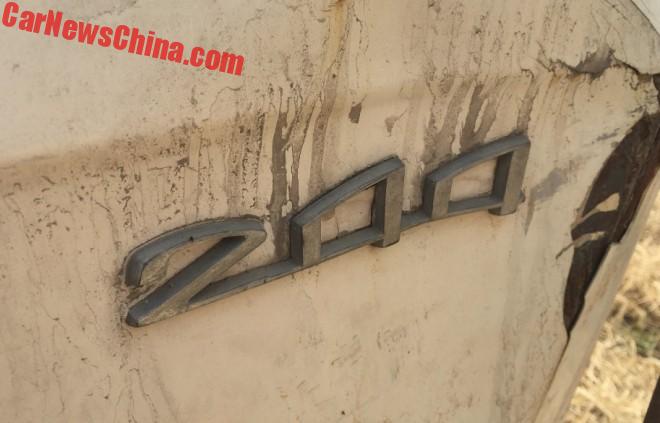 244 badge on the front fender.

ARO stands for Auto Romania, a Romanian car maker based in Campulung Muscel in the south of the country. The company was founded in 1957 and went bust in 2006. However, a Czech company called AUTO MAX obtained the rights to the ARO name and has started production of a modern variant.

ARO-branded cars were officially exported to China starting in 1965 and continuing until the late 1990’s. Numbers were small and it seems that very few have survived. 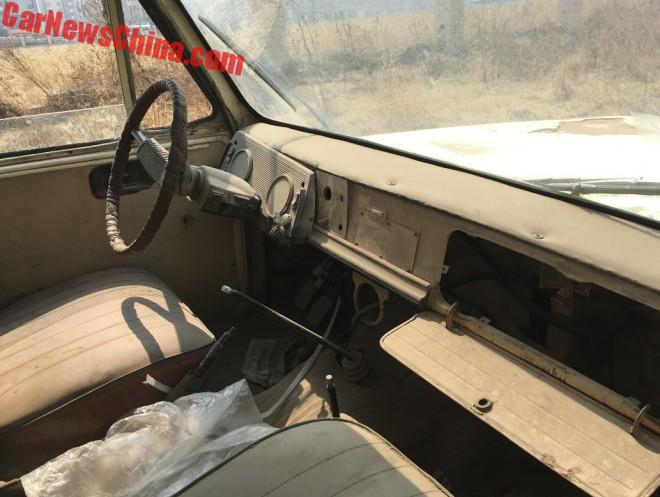 The dashboard elegant and simple; the 244 was a workhorse that didn’t need to be pretty.

The 24-Series was available with a crazy number of different diesel and petrol engine. Some developed by ARO, some sourced from other companies, including Andoria, Peugeot, Toyota, VM, Chrysler, Ford, and… Cosworth. The latter developed a 200hp 4.0 liter V6 petrol engine for the 1995 ARO 244 Hunter.

The most common engines in the second generation 244 were a 83hp 2.5 liter petrol and a 2.4 liter Andoria turbo diesel, which, depending on configuration, pooped out between 70 and 100hp. The diesel version was called the 244 D and had a D added to the badge, which our Beijing car doesn’t have, so we can be pretty sure is has the petrol engine under the bonnet. 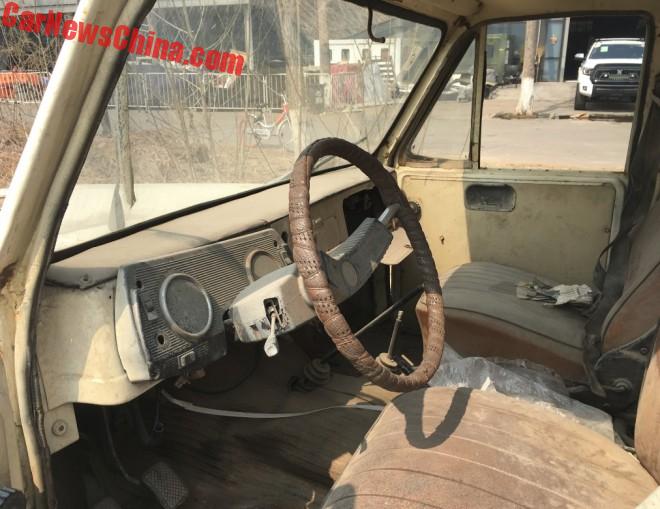 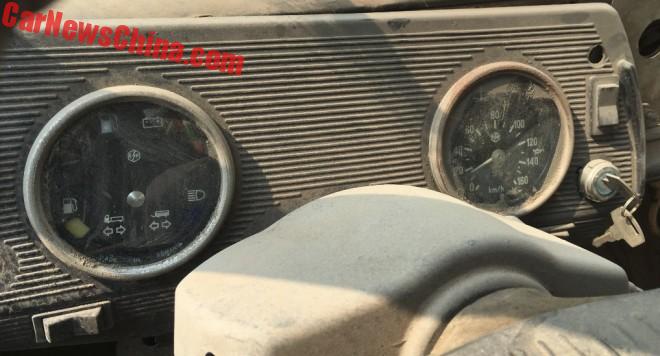 Only two dials. Key was in the hole. Ready to roll… 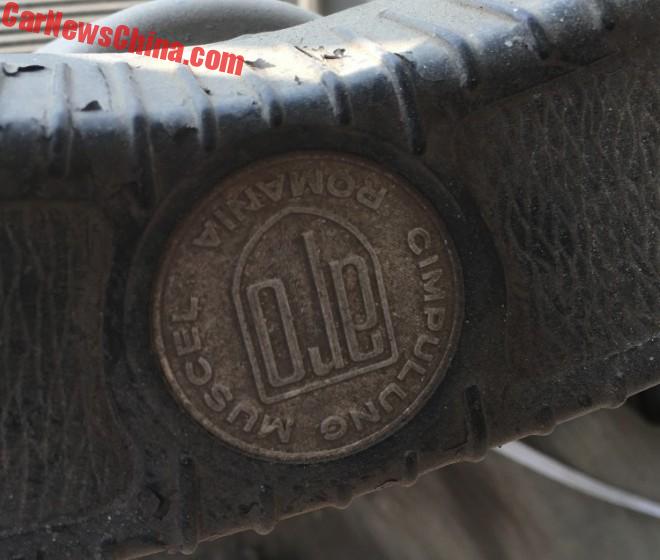 The steering wheel was completely upside down. ARO logo in the middle, with the words Campulung Muscel Romania around it. 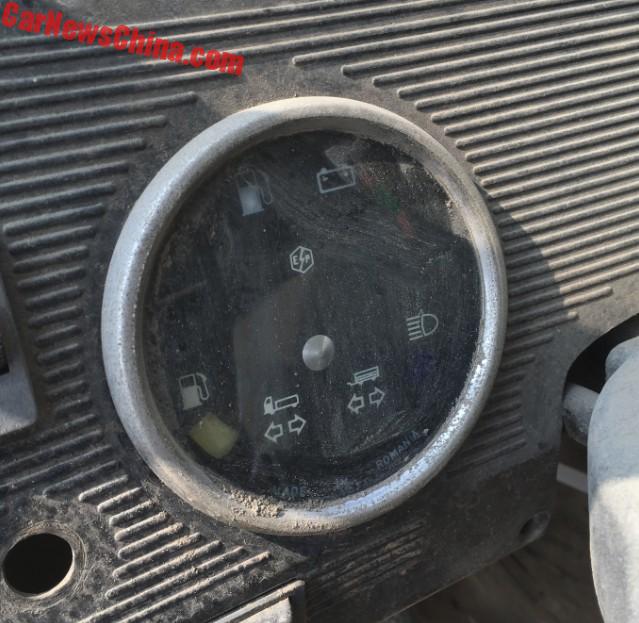 The left dial is a combiner with a fuel level gauge and various warning lights. It also has a function related to towing. 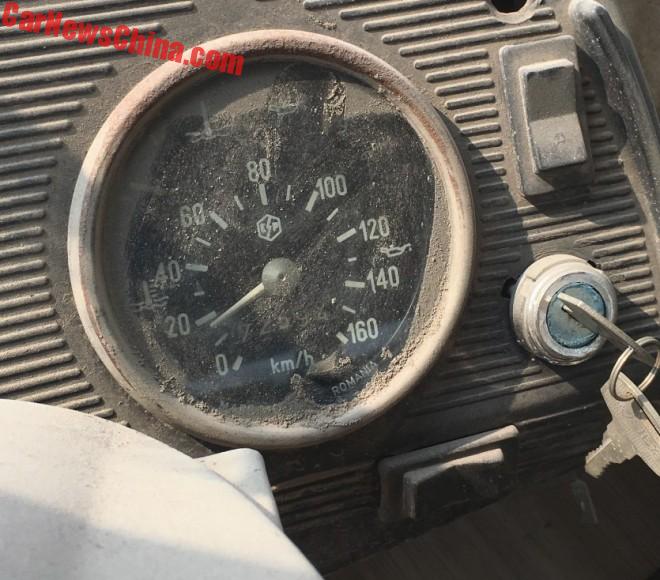 The speedometer goes to 160 kilometers per hour. It had 72594 kilometers on the clock, which is next to nothing. 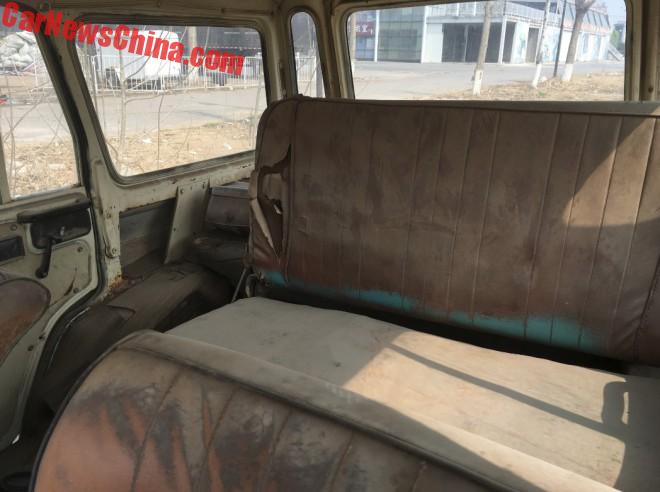 The 244 could seat 7 persons in a 2/2/3 configuration. There is a small pathway next to the second row to get to the third row. Bench of the third row was folded up. 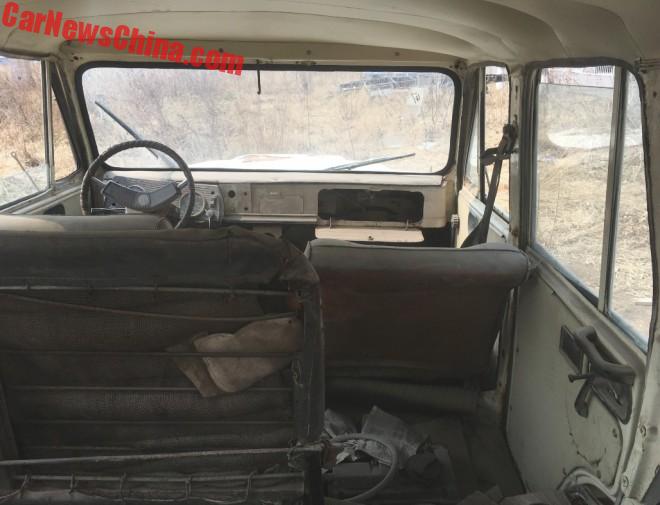 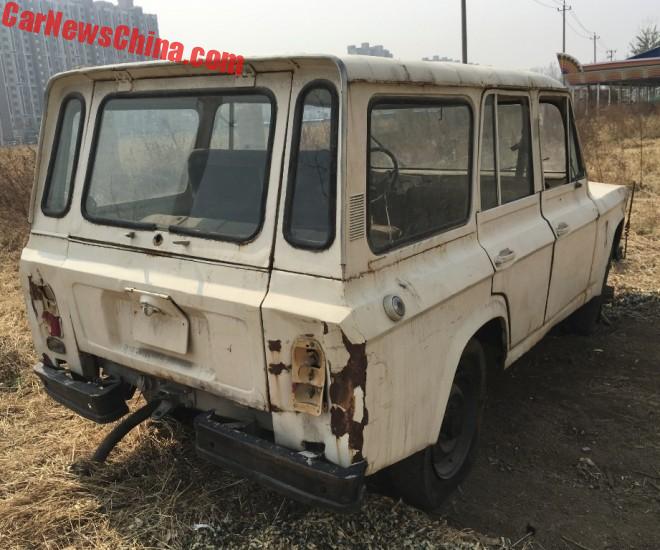 Looking pretty at the rear. Wide door flanked by small windows. The upper part of the rear door, with the window, opens upwards, the lower part downwards. Rear lights gone and missing. Bumper holds on… 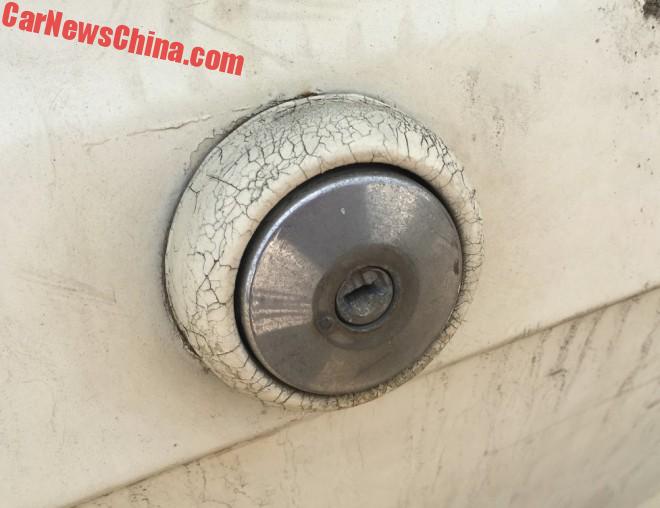 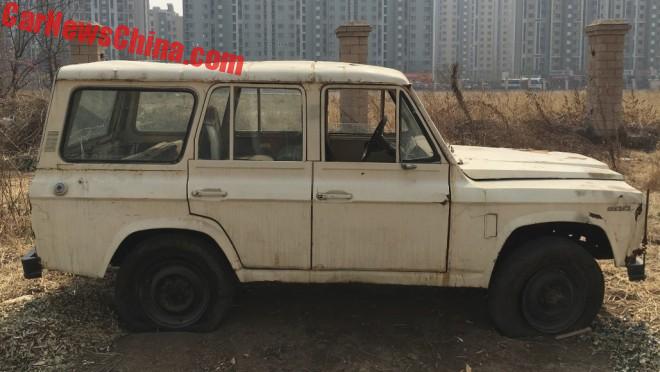 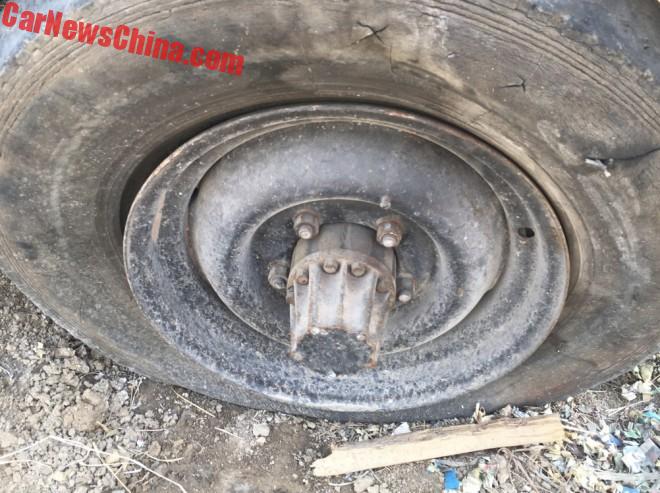 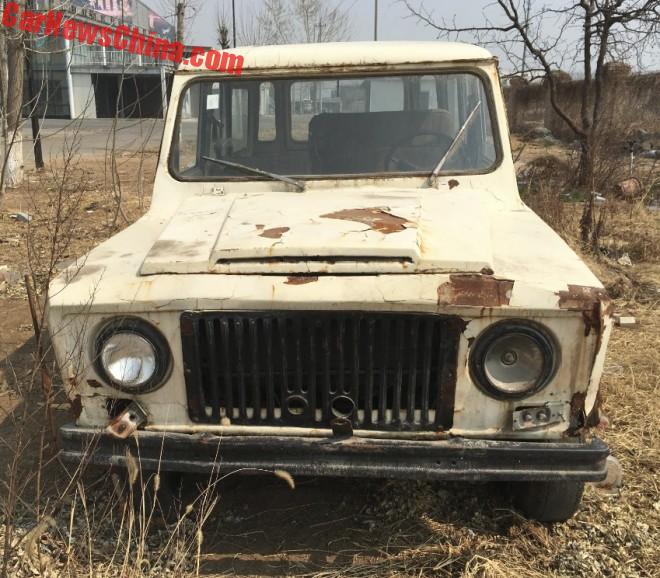 Round lights typical for the second generation. Bonnet with an air intake. 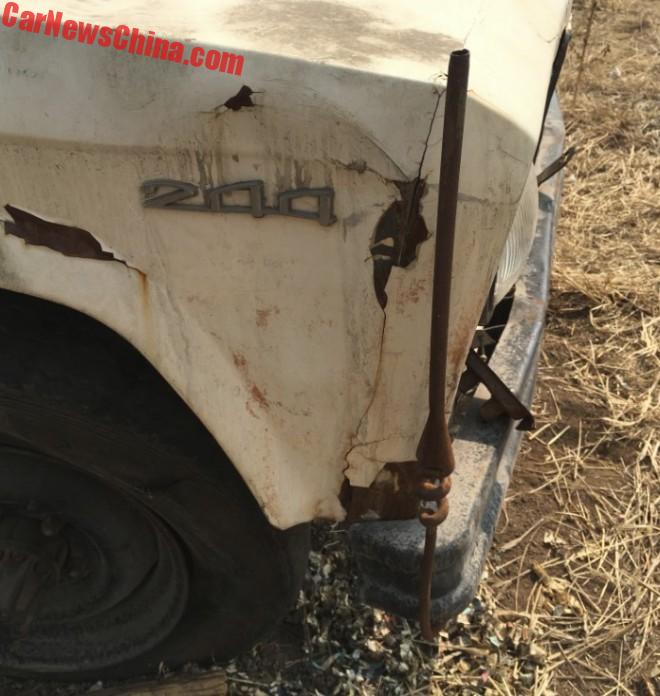 Flagpole on the bumper indicates this used to be a government or embassy car. Perhaps once owned by the Romanian embassy..? 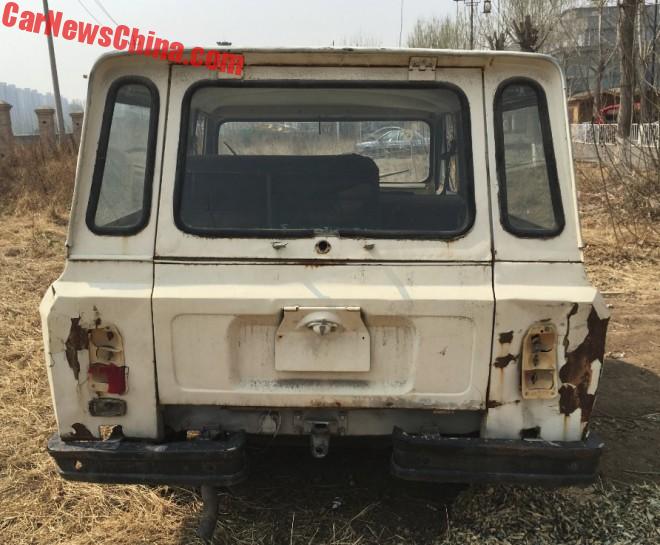 This kind of car always reminds me how huge windows were in the old days. Glass everywhere, and a very airy and light cabin as a result. Compare that to modern SUVs where the windows are getting ever smaller, especially at the rear, creating the need for giant sun roofs to get some light in. 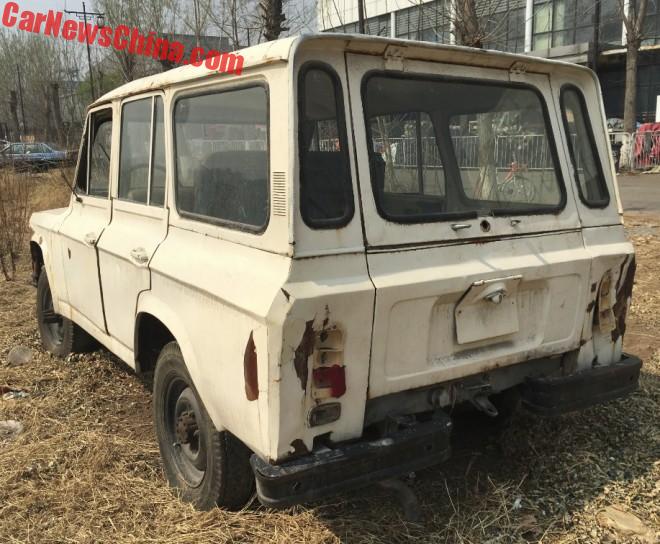 An important piece of Romania’s car making history in Beijing. Let us hope somebody saves her, and brings this old lady back to her life on the off-road. 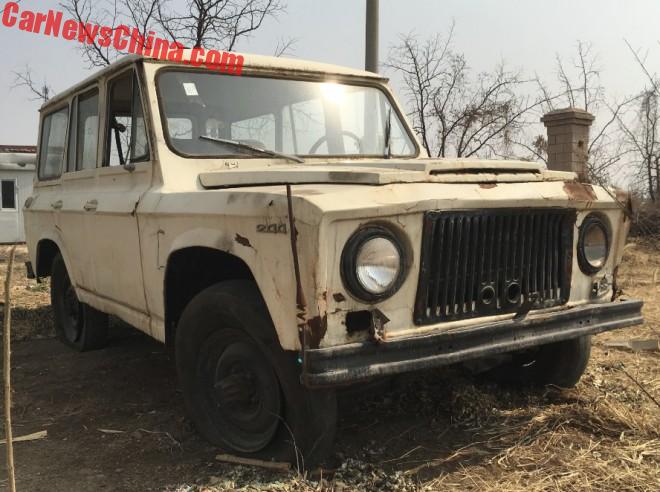 For now, she stands proudly.