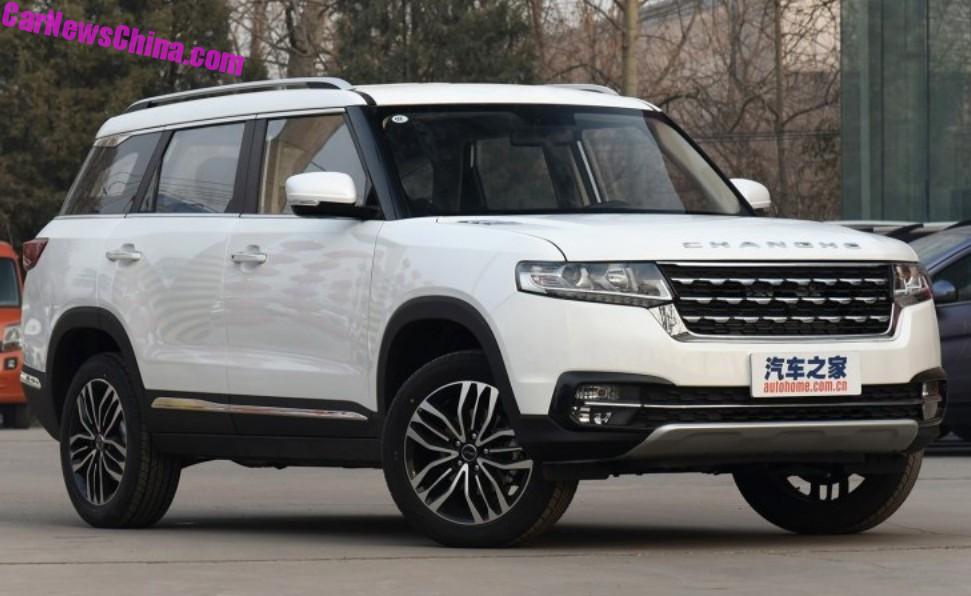 The Changhe Q7 has been launched on the Chinese car market. Price starts at 87.900 yuan and ends at 148.900 yuan. The Change Q7, not to be confused with the Audi Q7, is a new mid-size SUV with a big grille, black pillars, and a seemingly thick roof.

Changhe Auto is a subsidiary of Beijing Auto (BAIC). Changhe’s new cars are aimed at buyers in second and third tier cities. They are largely based on exiting Beijing Auto platforms but with some unique design features, and they are cheaper than Beijing Auto’s offerings. The Changhe Q7 is based on the Beijng Auto BJ20. 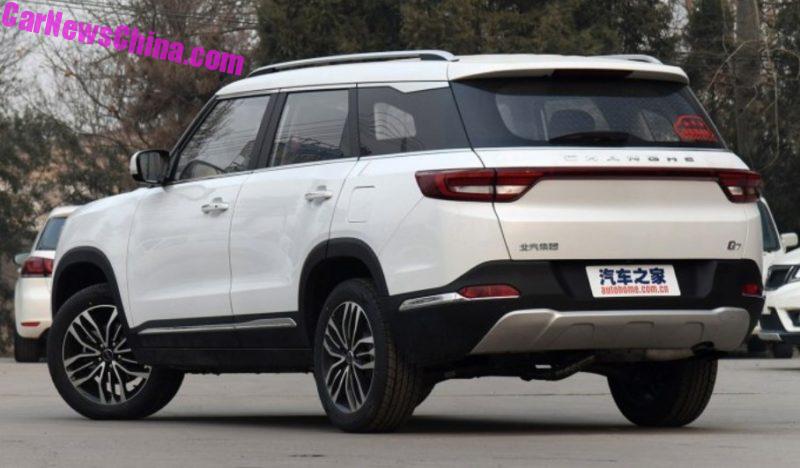 The Change Q7 is powered by a Mitsubishi-sourced 1.5 turbo with 150 hp, mated to a six-speed manual or a CVT.Power goes to the front wheels. 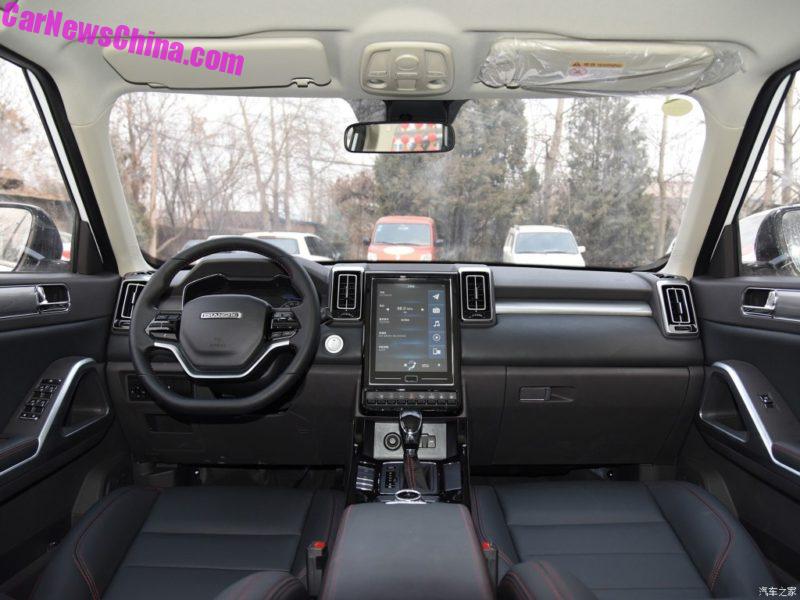 Interior looks great for the segment, with as the absolute enter piece a giant 12 inch touch screen. 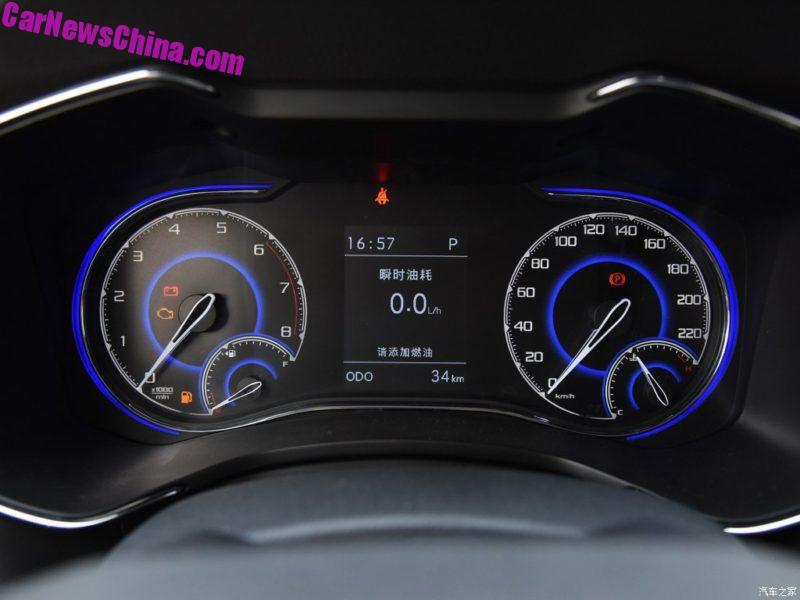 Base versions get analog dials. 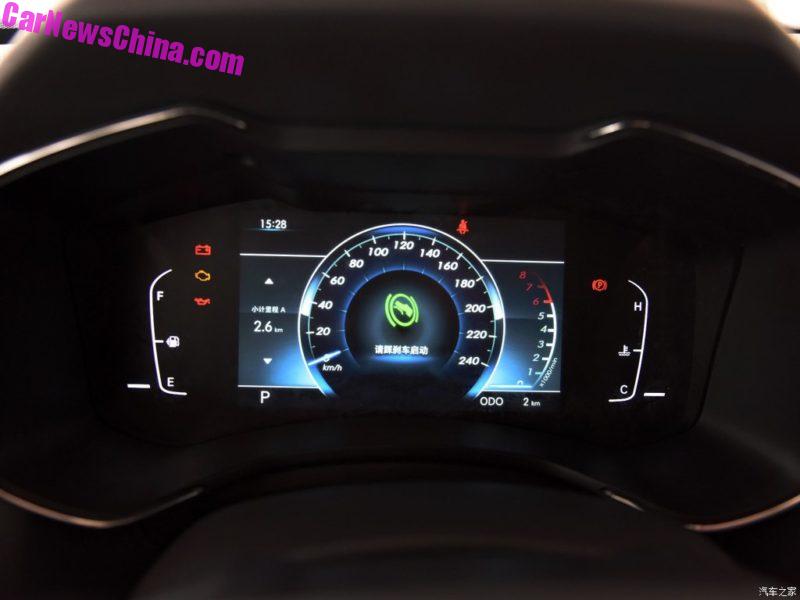 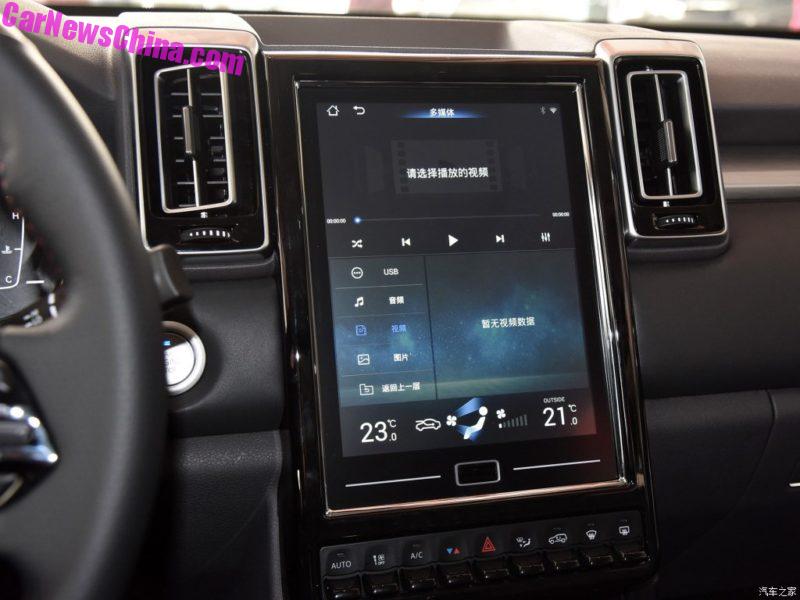 The infotainment system operates everything. 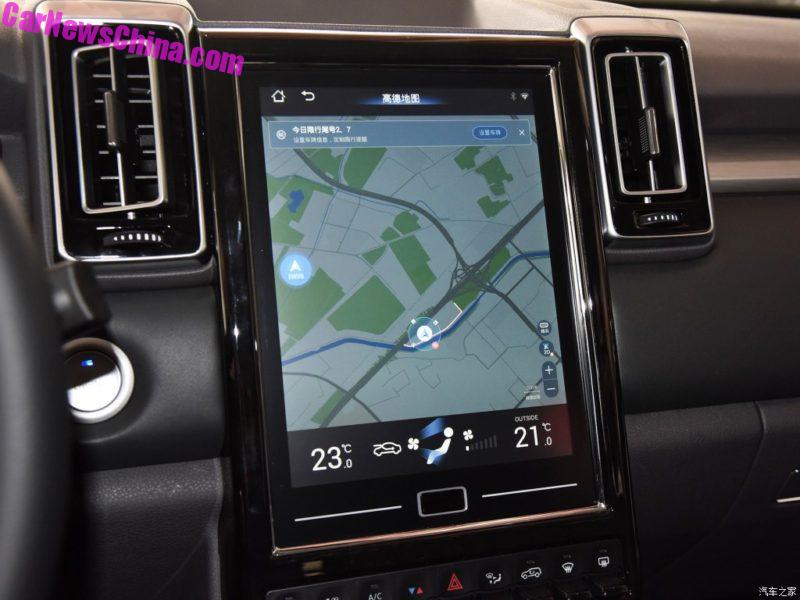 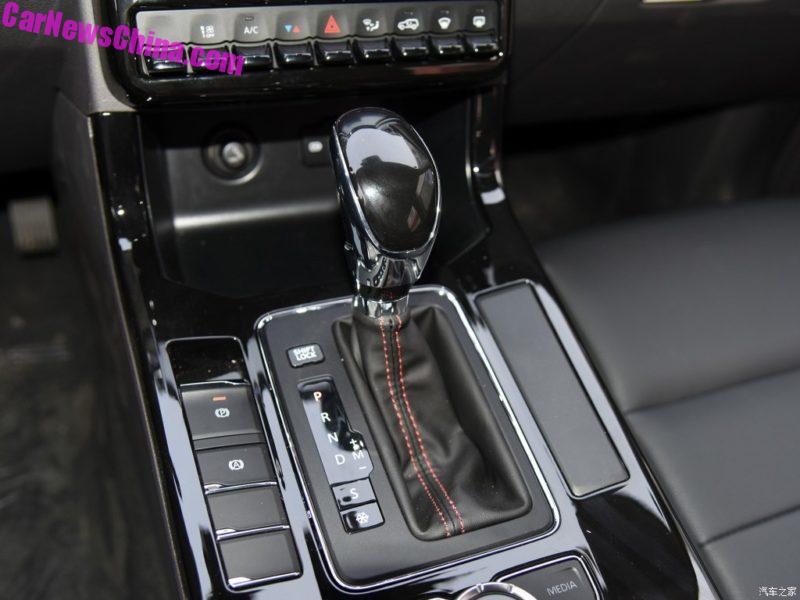 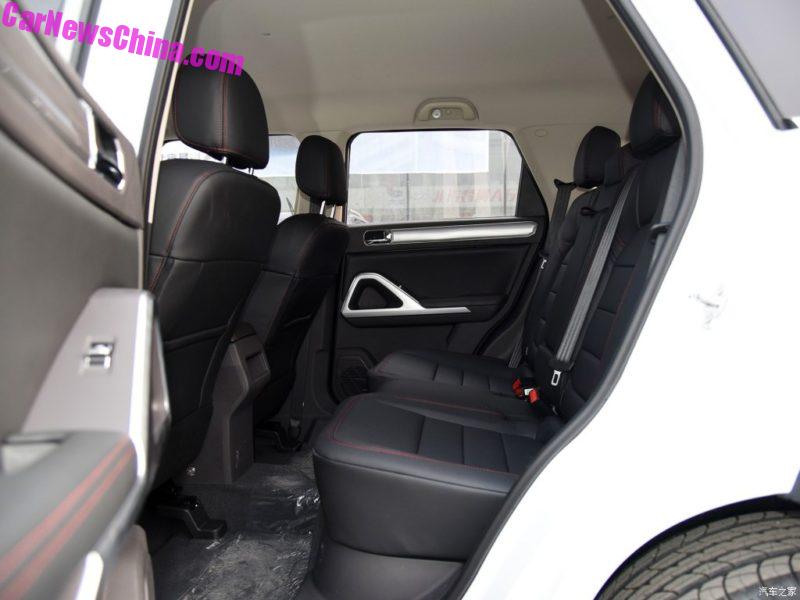 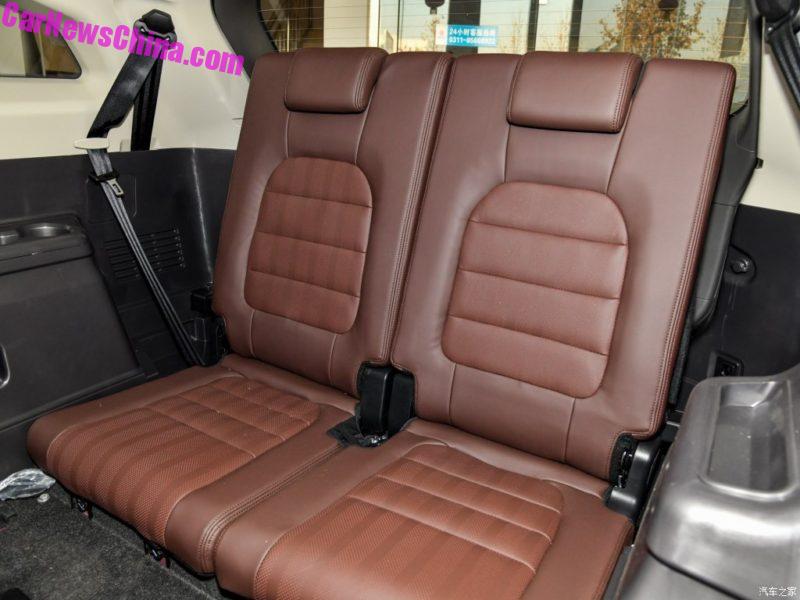 Third row (seen in another car). 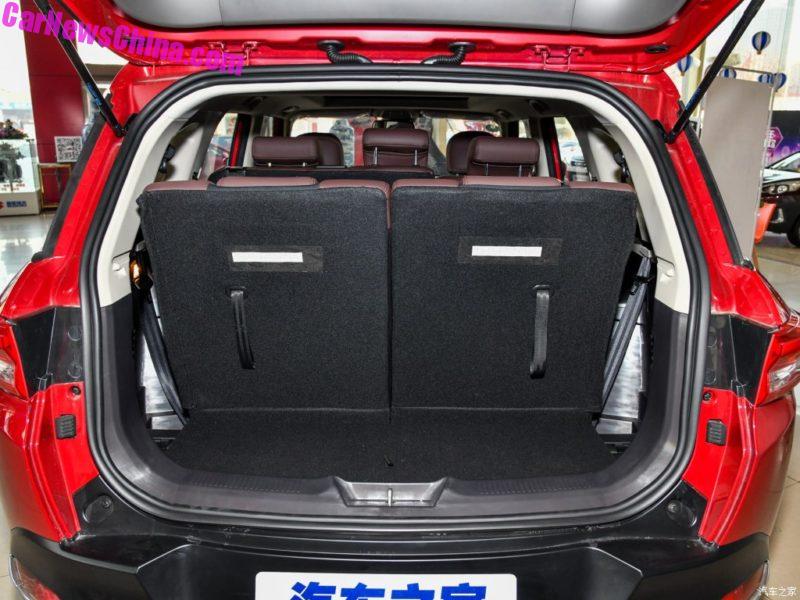 Still enough space for a dog even with the third row up. 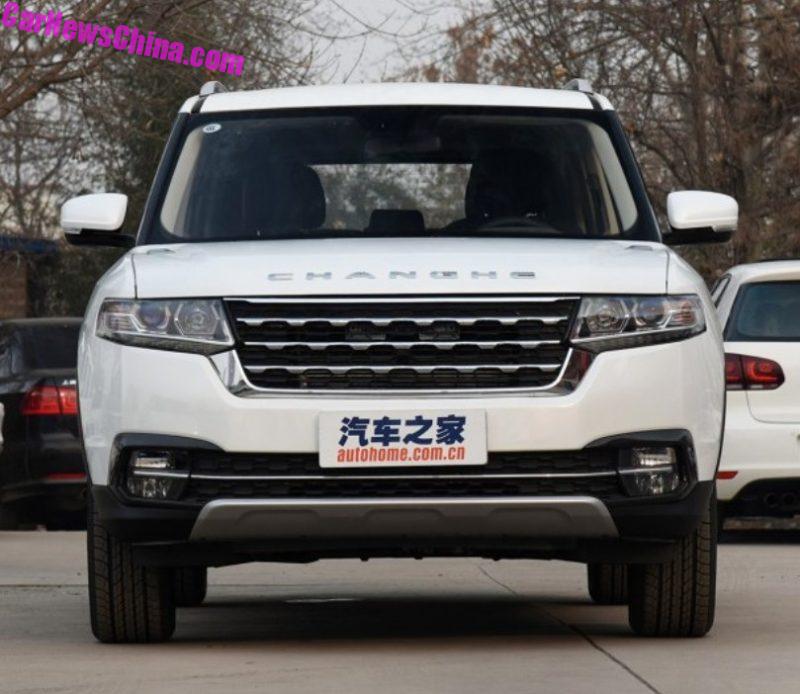 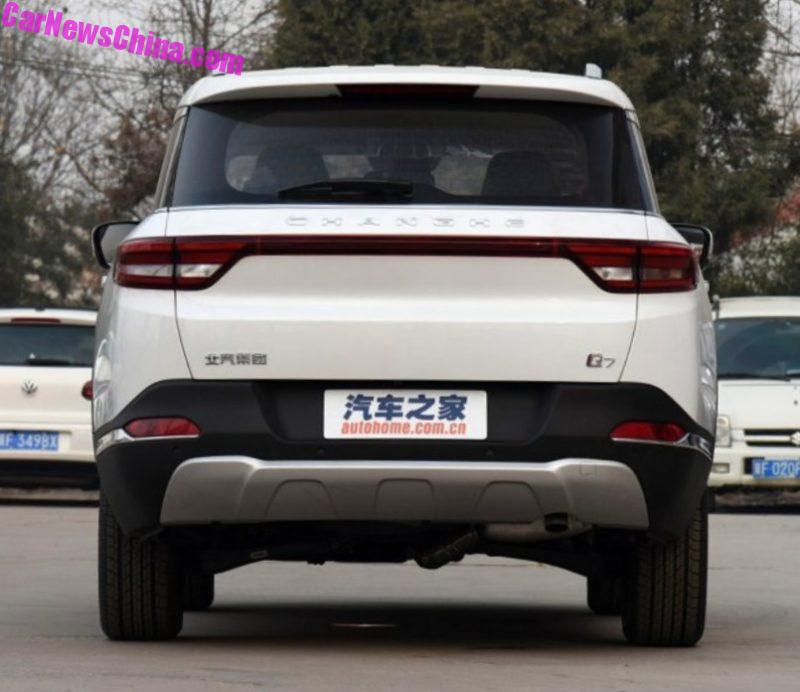 Changhe was a bit lazy with the pipe. No shiny tips or anything, it just sticks out under the bumper, looking somewhat sad. 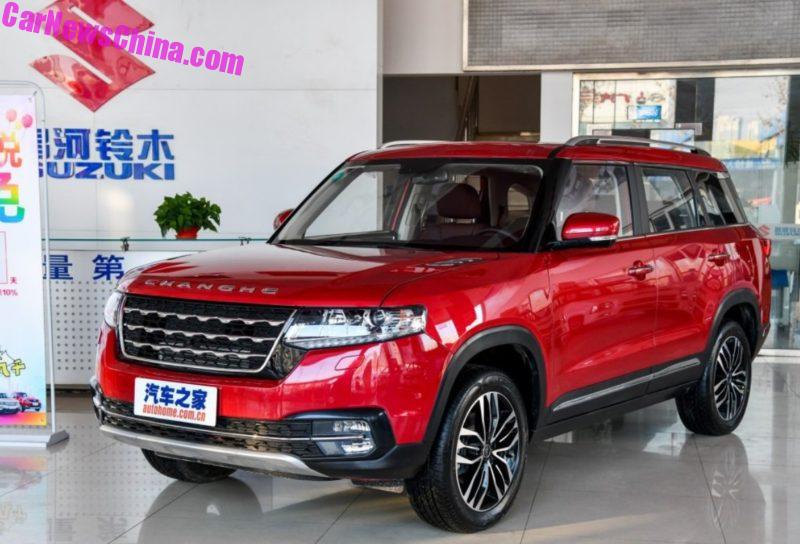 A fiery red example in a Changhe dealer. Note the Suzuki logo on the wall. Changhe has a long-running joint venture with Suzuki. When BAIC took over Changhe in 2015 many assumed that would be the end of Change-Suzuki, but that didn’t happen, at least not yet. So for now new Changhe-branded cars are sold in the same shops as the Changhe-Suzuki branded cars.