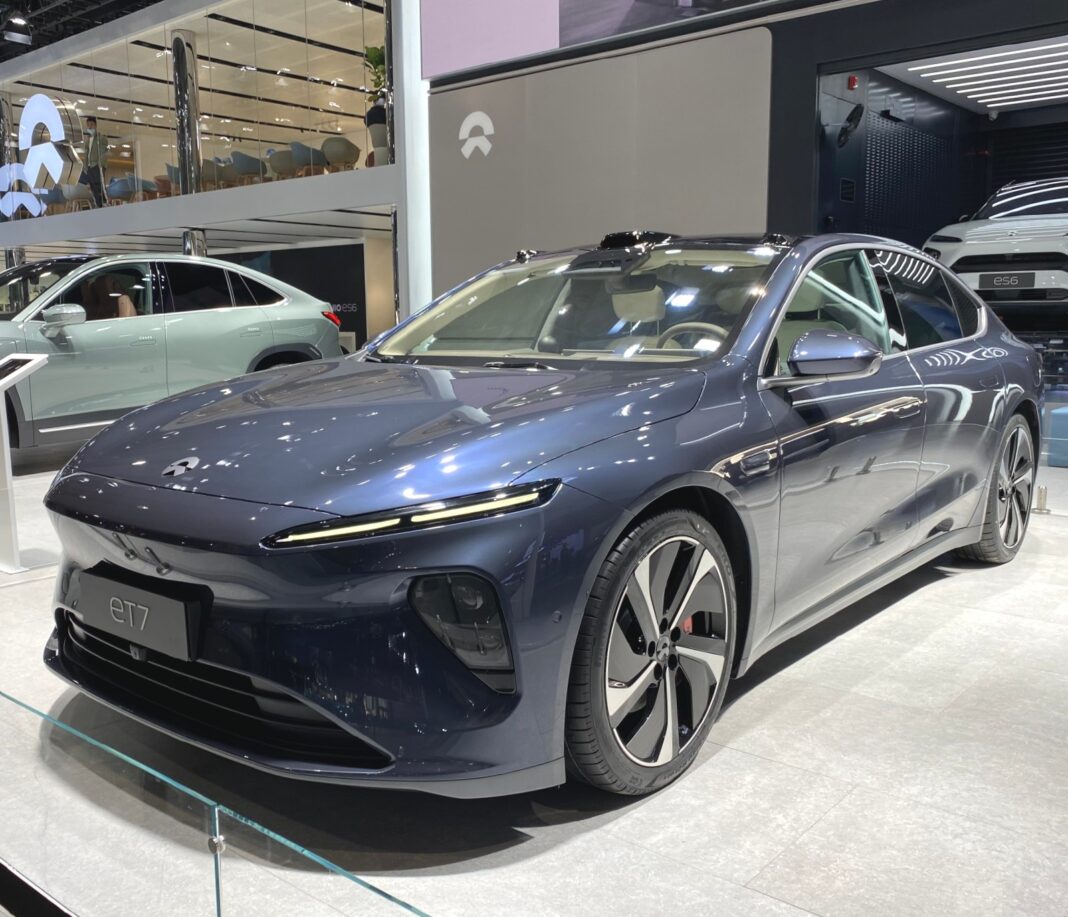 The NIO ET7 is finally for real. The production version was unveiled on the eve of the 2021 Guangzhou Auto Show in China. NIO also announced pricing and colors. And, like so many times in the recent past, the specifications were updated once again.

The NIO ET7 is a full electric sedan. It is the fourth NIO production car after the NIO ES8, the NIO ES6, and the NIO EC6. The NIO EP9 super car never went into production and only a few not-street legal cars were hand built for early investors in the company.

NIO still doesn’t have its own factory. Like the other NIO’s, the NIO ET7 is contract-manufactured by Jianghuai Automobile (JAC). NIO’s current contract with JAC runs until 2024. In the mean time, NIO hopes to build its own factory, but recently we haven’t heard much about that anymore, so perhaps they plan to stay with JAC for a bit longer.

Design of the NIO ET7 is not a real surprise anymore, since it has been around for so long. But it is still a very pretty car with a clean and uncluttered design. Details like the integrated rear spoiler and the light bar look very good.

NIO didn’t open the doors of the car on display yet, but it looks like this. Main features are a 10.2 inch digital instrument panel and a 12.8 inch touch screen with a digital assistant on top. It also has a HUD, a 4K driving recorder, a 5G wireless network, WiFi 6.0, Bluetooth 5.2, and 23-speaker sound system.

The NIO ET7 will get a impressive autonomous-driving package, with various sensors and cameras clearly visible above the front- and rear windows and on the front fenders. The sensor system is called Aquila Super Sensing, and NIO claims it features 33 sensing units including:

All this fancy stuff can do what’s needed for these fancy things:

NIO also announced pricing for the new NIO ET7 electric sedan. Price of the base model with standard battery is 448.000 yuan ($70.150). The fully loaded First Edition version with the largest battery costs 526.000 yuan ($82.370). Pricing of the other variants will be announced soon, and I will update this article when I know more.

The NIO ET7 came late but the specs and tech are very up to date. It also is a beautiful car inside and out, although the screens seem a little small for 2022. NIO really needs the ET7 to be a success, so we will close follow its progress in roll-out and sales.