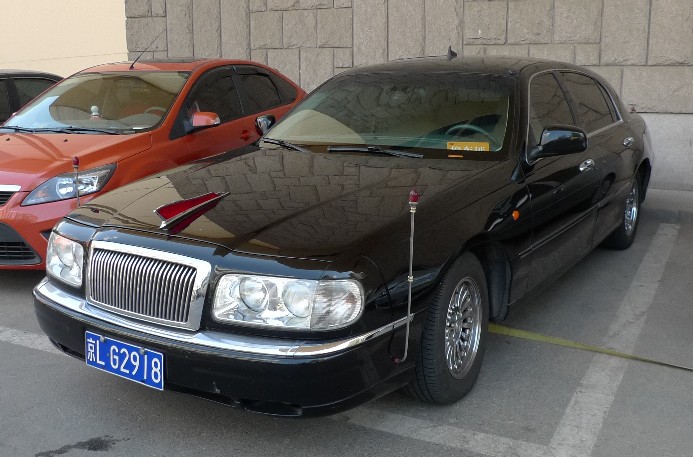 A very nice one close to my house and in my own street. This FAW-Hongqi CA7460 was based on a Lincoln Towncar and assembled in FAW’s factory in Changchun. Kits and other parts were shipped in from America under a deal with Ford. The CA7460 debuted in 1998 at a cost of 690.000 rmb. 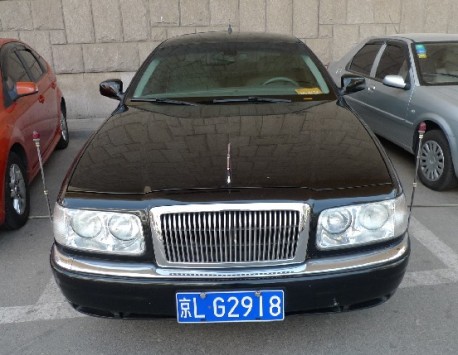 The car was very expensive at the time and only meant for very rich businessmen and high ranking government officials. But even for the government the price was a bit too high and in 1998 there weren’t too many wealthy men around yet. Sales numbers so, stayed low. 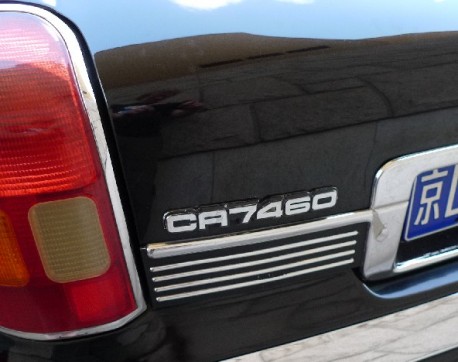 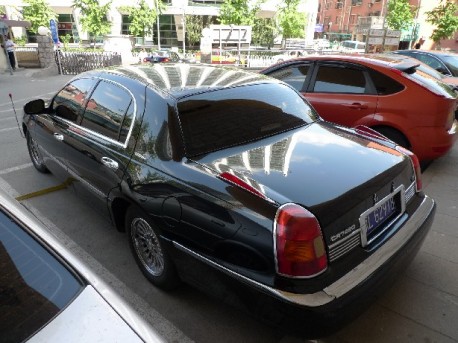 The red ‘flags’ on the back are not original. 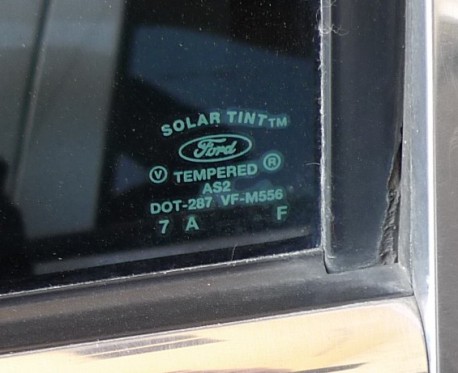 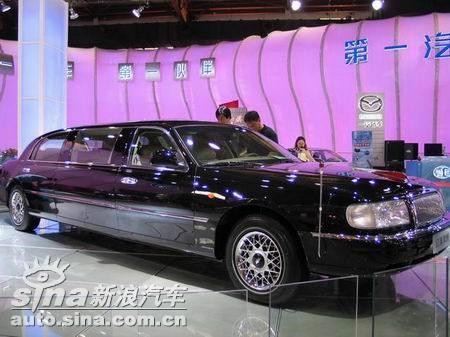 The L3, stretched by some 20 centimeter. 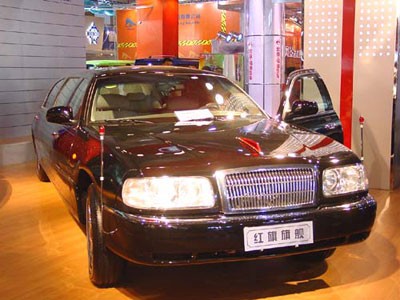 Thanks to the great book “Hongqi, the history of a Chinese limosine” for the specs of this machine.