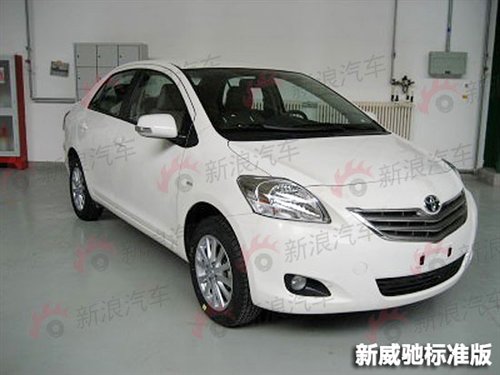 The Vios is a medium-sized sedan from FAW-Toyota that doesn’t sell very well. Just like in the rest of the world people get tired of Toyota’s boring design. The new Vios might change that a bit, it got an all new front with an almost over-designed grille. And… there will be a sporty version!, oh yes, a sporty Vios. 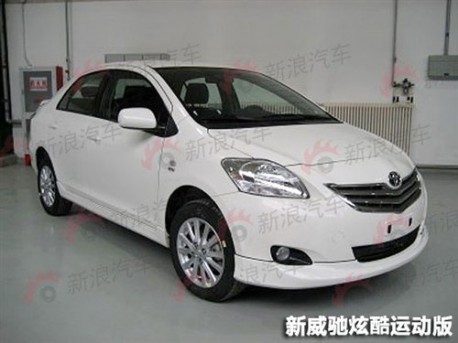 Here she is, more bodywork up front and a little spoiler at the back. Nice. But!, no special engine, it’s only for the eye, which means it is noting, just slower. Engines are the same 1.3 (63kw) and 1.6 (87kw) as in the current Vios. 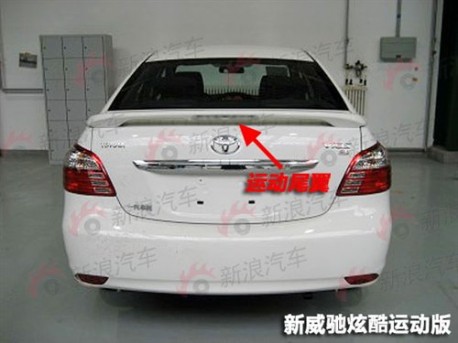 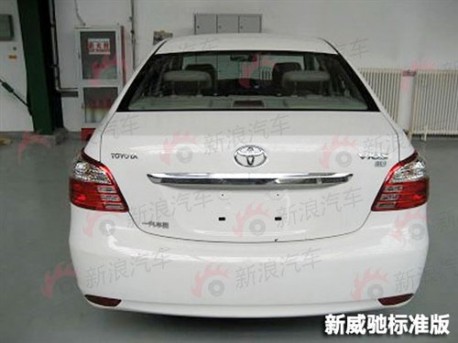 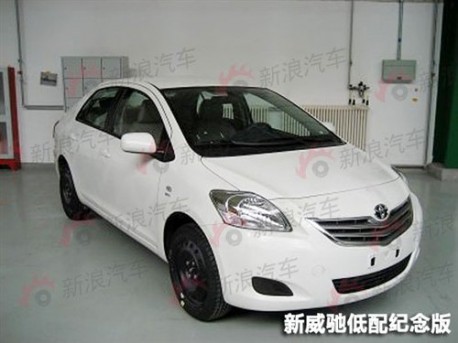 The third Vios is a very basic one, almost sad to see. It doesn’t even get hubcabs and the fog lights are gone.