Electric auto output in China to surpass 1 million by 2020: report 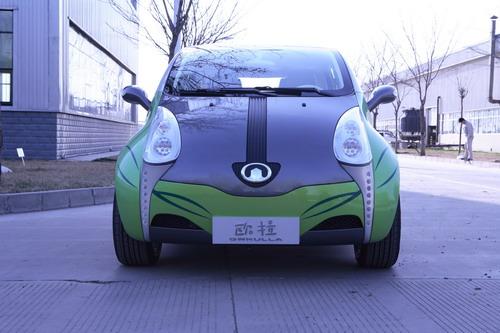 China continues to be overly optimistic about electric cars, even though today sales of electric and hybrids are very very low. China misses the infrastructure for charging on the road. Most Chinese people who live in the cities can’t charge at home either bacause 99% lives in high-rise appartments. But 10 years is a lot, especially in China.

The government however is focussing on subsidies for buyers instead of infrastructure. Those might help a bit but won’t make 1 million. The goal for October 2011 is 150.000, output today isn’t exactly sure but no more than 25.000. From GlobalTimes:

Green vehicles are key to the development of China’s auto industry as auto exhaust emissions already account for 70 percent of the country’s air pollution in major Chinese cities, Wan Gang, Minister of Science and Technology, was quoted as saying. Wan did not project the country’s overall vehicle output by 2020.

Beijing launched a pilot program in June to hand out rebates to electric and hybrid car buyers with maximum subsidies for electric car buyers of 60,000 yuan ($9,036).

Over the next 10 years, the government will spend more than 100 billion yuan ($14.87 billion) to subsidize its fledgling green vehicle industry, State media said.

Wan added that an estimated 8.5 billion yuan ($1.26 billion) has been channeled into the green car industry so far. The fund would help build up battery output, which will be capable of supplying 150,000 electric vehicles by October 2011.

“That would be a big step for the electric vehicle industry,” Wan was quoted as saying.”