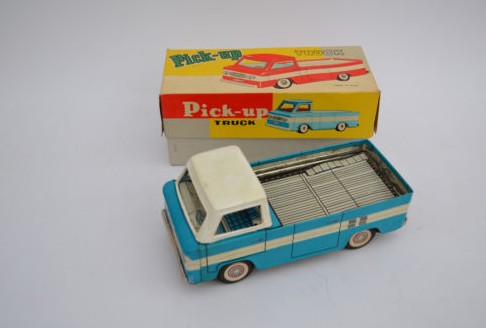 Another great Chinese tin toy arrived in my collection. This beauty is the ‘MF756 Pick-up Truck’. It was made in China in the late 1960’s by the Shanghai Toy Factory. I found it on eBay in the Netherlands and it is now safely back home. 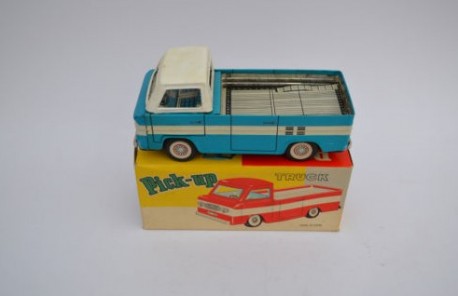 Car is actually more a small truck than a pick-up truck. Toy is 25 centimeters long. Power comes from a friction-system; push forward and let go. System still worx fine after all those many years. Box shows a blue and red car, that very likely means the factory made red pick-up trucks as well, I need to get one of those too! 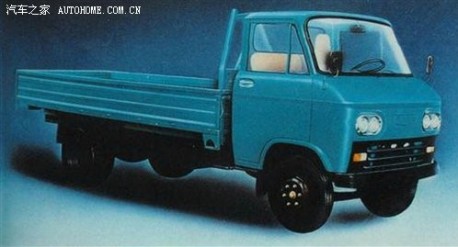 The tin toy pick-up truck’s design seems based on the brilliant Beijing BJ130 small truck which was made by the Beijing No.2 Auto Works (later part of Beijing Auto Works) from 1966 until 1985. The same truck was also made in Shanghai, called Shanghai SH130, by the Shanghai Truck Factory, part of Shanghai Auto Works. 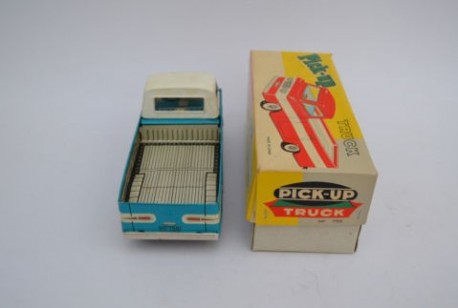 Time now, to find a good place for her on one of my bookshelves. When I get rich one day I’ll sure start a real museum. Until now, this website will have to do to show these beauties to the world. More old Chinese tin toys soon… 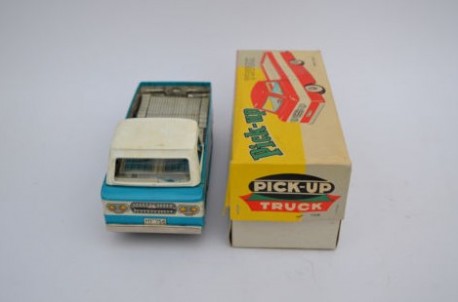