Introducing the only Binzhou Pride 3-wheeler in the World 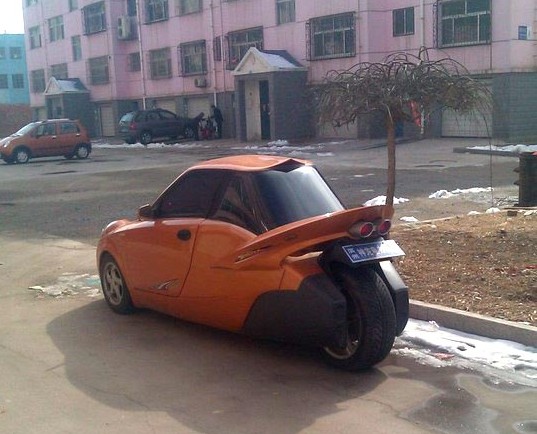 No this ain’t no Photopoop of some futuristic 3-wheeler from planet Pluto’s third moon. This is very real. Introducing the completely mad, one and only, Binzhou Pride 3-wheeler prototype! One giant wheel at the back, to smaller wheels up front, and painted in flashy orange. What a machine. 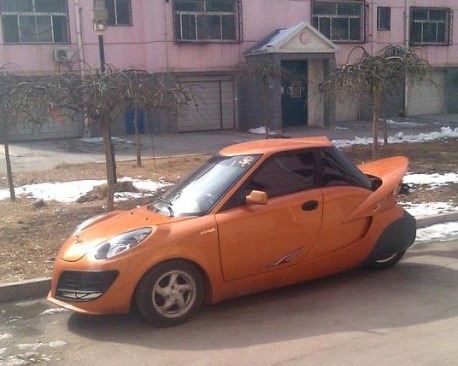 Wing at the back is just too good! Binzhou Pride Automobile from the great city of Binzhou in Shandong Province was always a bit of a crazy company. They made completely idiotic cars and one brilliant electric super car concept. Binzhou Pride died in 2008 taking down with them the many crazy dreams they sure still had. 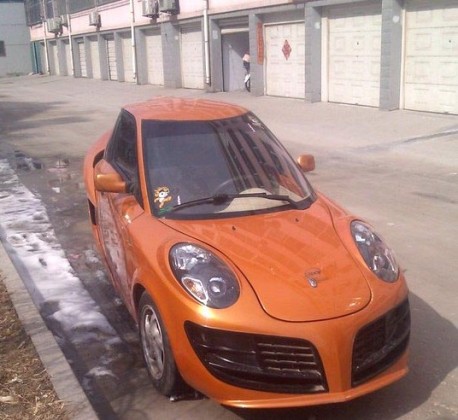 Fortunately this 3-wheeler concept somehow survived. It was last seen, as far as we know, in February 2011 when these 3 pics were taken in a snowy compound. We don’t know where it was but the snow at least rules out everything south of the Yangtze River. Got it easy now… Pic shows some of the interior, steering wheel a bit left from the center (seen from inside-out) and there seems to be another seat behind the drivers seat. Giant single windscreen-wiper, light look like they work. Yez, this baby runs. 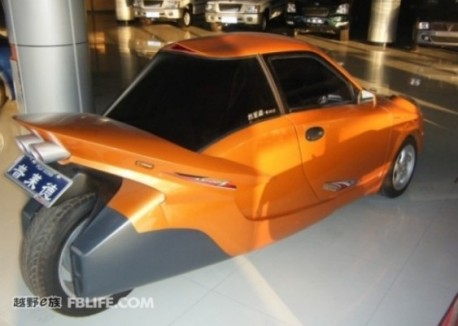 Erik from ChineseCars.net sent me two more pictures showing the 3-wheeler in the Binzhou factory. Note the factory plate on the back, seems to be exactly the same plate as visible on the first pic. An official license plate indeed would be very unlikely.

Sadly we don’t know what exactly powers the 3-wheeler. It comes with a twin-exhaust pipe so an electrical motor seems out of the question. We do know that Binzhou used a 0.870 three-cylinder engine for their smallest car, that engine might just fit in the back of the 3-wheeler, but certain it ain’t… 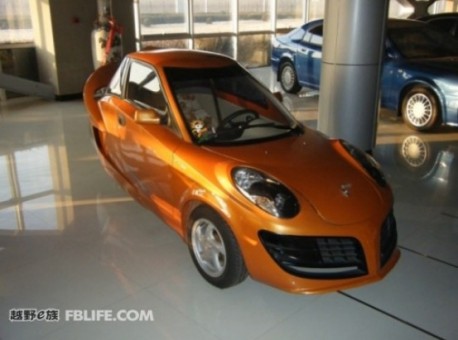 Too bad things didn’t work out for Binzhou Pride, this mad thing could have been very  hot on the market. Well, at least this one orange wheeler is still around somewhere! On the right one of Binzhou’s mad machines based on the Chery Eastar.