The Guangzhou Auto WitStar Concept has a fish pod on board 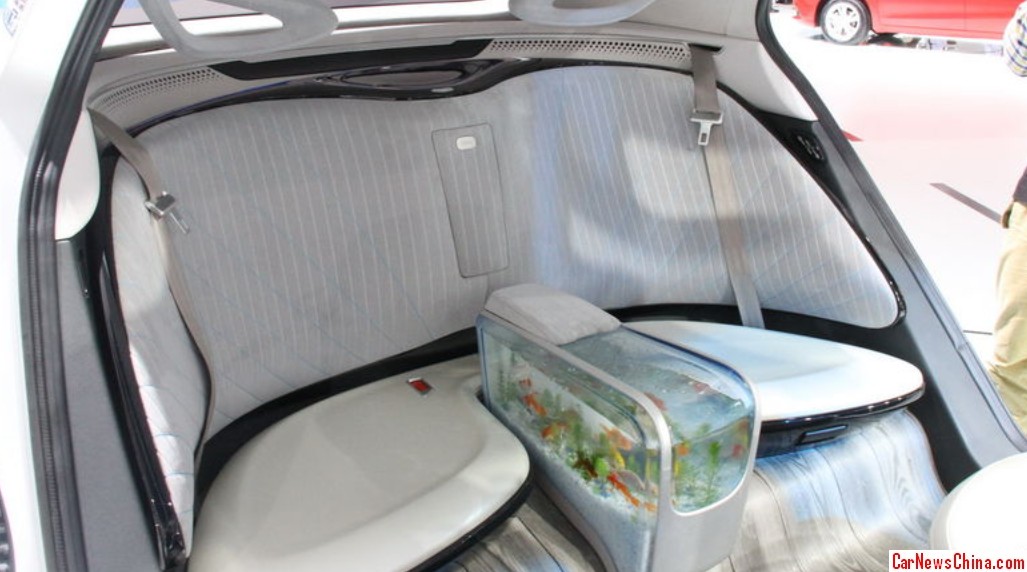 This is the fish pod in the Guangzhou Auto WitStar Concept that debuted earlier today on the 2013 Guangzhou Auto Show. The WitStar showcases technology for autonomous driving. The fish are used to prove that the WitStar is capable of avoiding obstacles. A autonomous crash would break the pod and kill the fish. The fish pod is an integral part of the WitStar’s design, the pod sits in a specially constructed bay in the rear bench, which thus only can seat two. 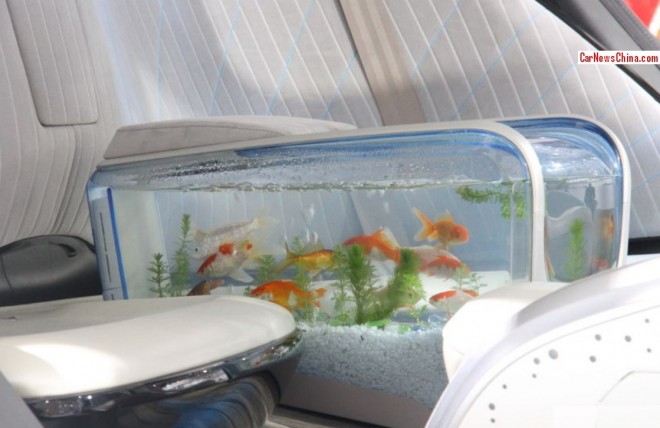 The pod is filled with ten gold fish, five water plants, and a thick layer of white stones. 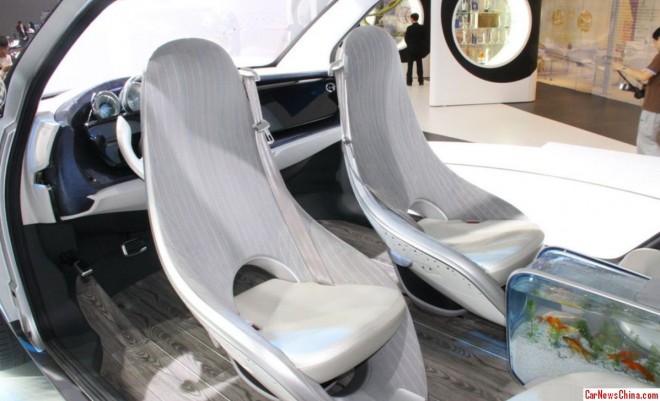 The passengers in the front, because they are mere passengers in an autonomous vehicle, can turn their seats around and join the action in the pod, while driving. 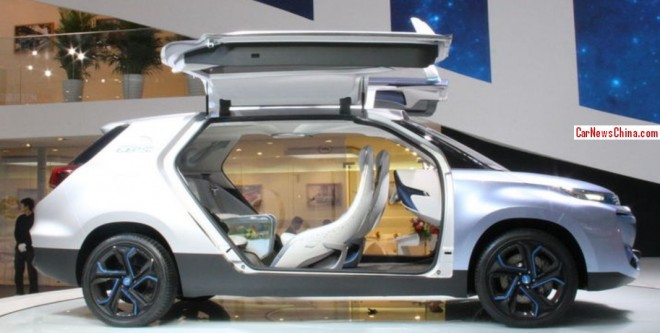 The WitStar is equipped with cameras and computers that can make a 3D image of the surrounding world, and plan a safe way home. However, Guangzhou Auto didn’t demonstrate the system on the show. The vehicle stood static on a platform. It somehow doesn’t look too real, check this dashboard: 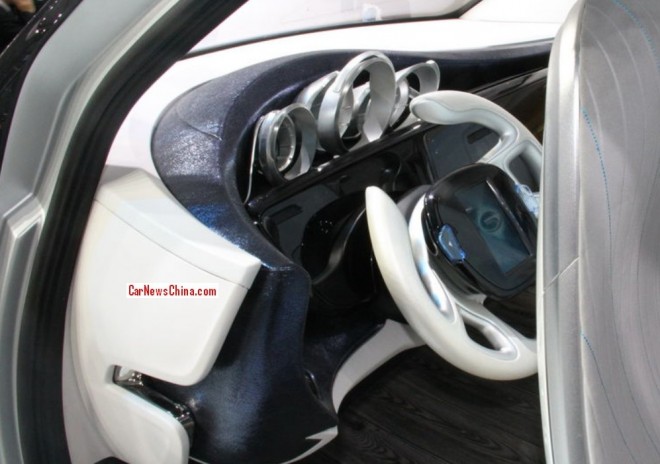 It seems to be made out of foam and carton. But anyway, this is a concept car and concept cars are almost always completely or partly fake. The idea is what matters for a concept car, and the WitStar scores very high here, being able to safely carry gold fish around. The real test comes in the real world! Will those fish survive a Chinese traffic jam..? 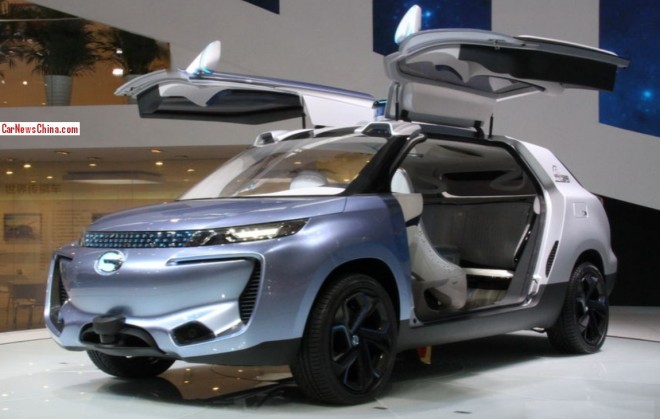 The WitStar is ‘powered’ by an electric motor assisted by a petrol-powered range extender. Top speed is 160km/h. Acceleration from 0 to 50 (fifty) km/h takes 4.5 seconds. Range on pure electric is 100 km, and range with the extender on is 600km. That is, a long way to go for a little gold fish. Better take some fish food on board. 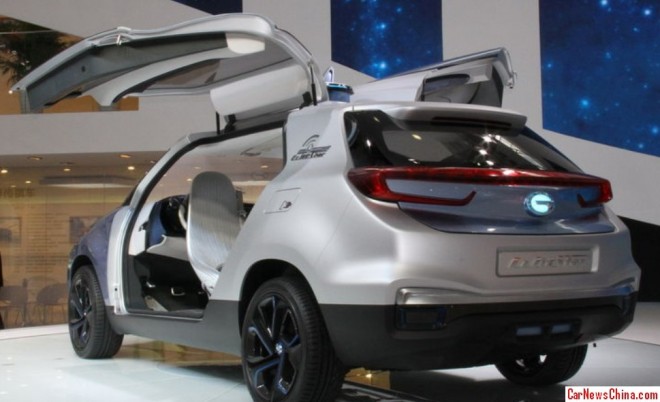 Note sci-fi camera pod on the roof. Gull-wing doors for easy access to tap water. The water in a fish pod needs to be changed, now and then. 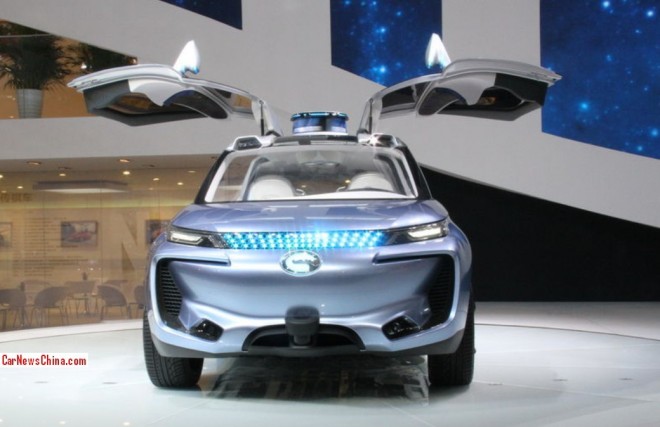 Blue light says: “Out of my way, I got gold fish to take to places!”