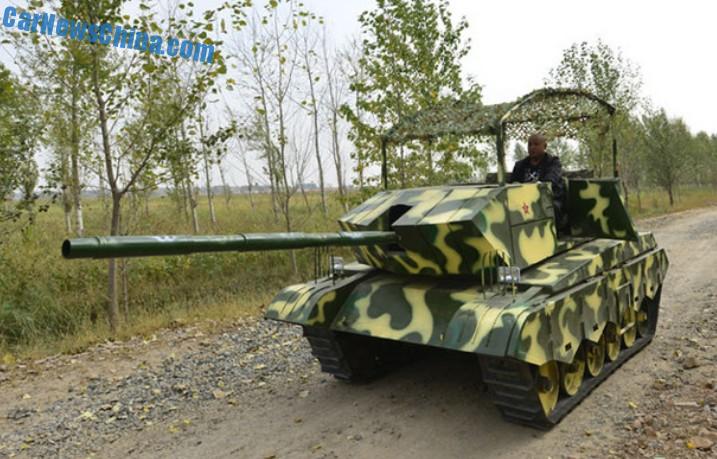 Farmer Li Guojun had a dream; he wanted to have his own tank. So he built one at home, and the result is impressive. Li lives in s small farming village called Kangping, located outside the great city of Shenyang in Liaoning Province. Li started dreaming tank about a year ago, and when the dreams kept coming back he decided to act. 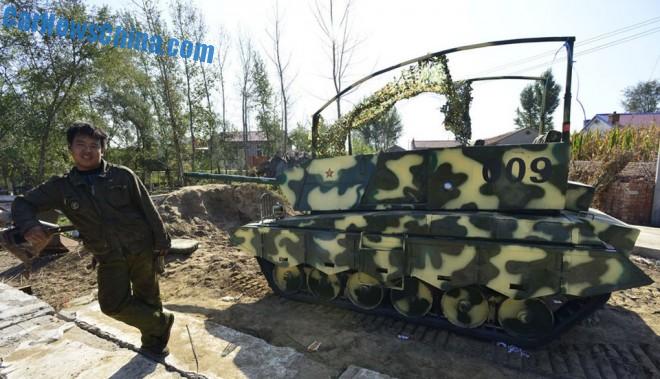 Li, seen here standing, teamed up with five friends and together they built a masterpiece. The tank is based on an old farming tractor and powered by a four-cylinder diesel engine. The body is a full six meters long and 2.5 meters wide. Weight is a heft 2.5 ton. Top speed is 20 kilometers per hour. 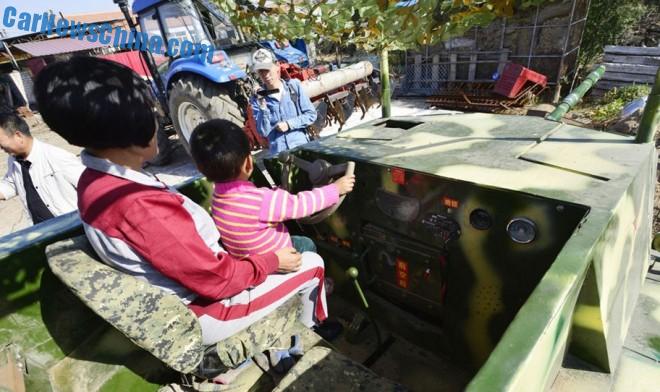 Li’s wife and daughter in the control room. The ‘gun’ is just an empty pipe. It can’t fire but it can move up and down. The top of the turret is open, topped with a camouflage net on a steel frame. The tank can seat two up front and three in the back. Li has a good eye for detail, even the driver’s seat is in army style.

The vehicle appears to be able of serious destruction, even without a gun. A fat 2.5 ton on tracks in the hands of a farmer can sure spell big bad trouble for any village in the area, flattening farms and pig alike. 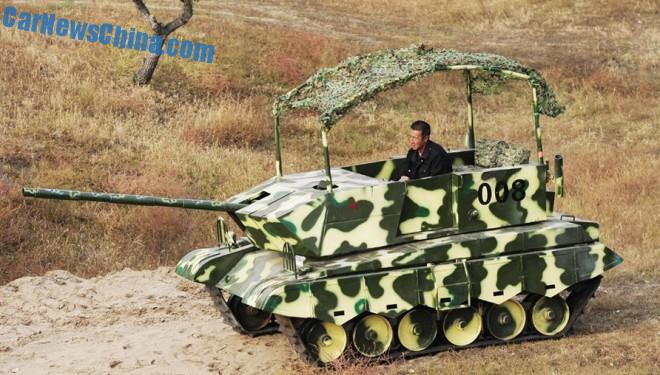 One of Li’s friends at the wheel, practicing on desert-like land.