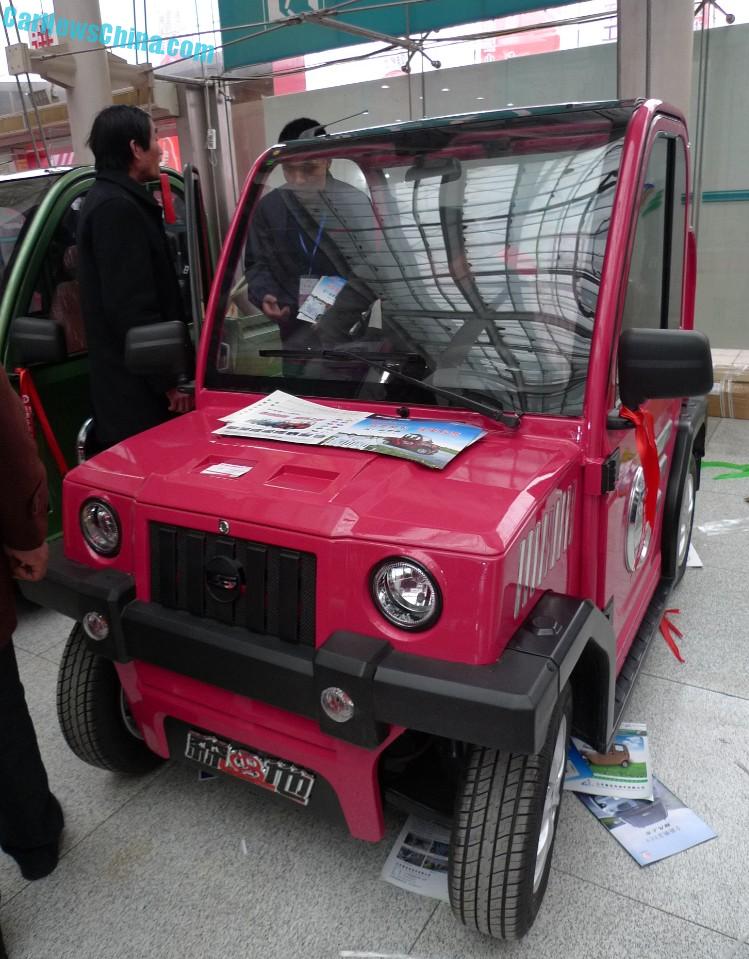 Large bling-bling Coope logo on the doors, with three wing-like bars. The door is rather large and is basically the side of the vehicle. At the back two handle bars and a tiny trunk. 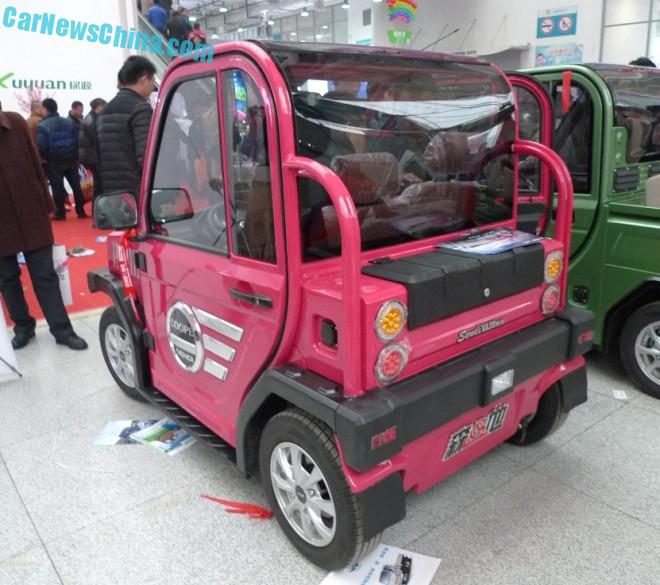 The rear window is gigantic, covering the entire greenhouse. Great visibility. The wheels are on the far corners, which should be good for handling. The trunk is located under the black cover. I saw it open, it was just big enough for a few bottles of milk. Staff said they had an optional luggage rack, but not on show. Rear lights are very racy, especially the single reverse light in the middle of the bumper. 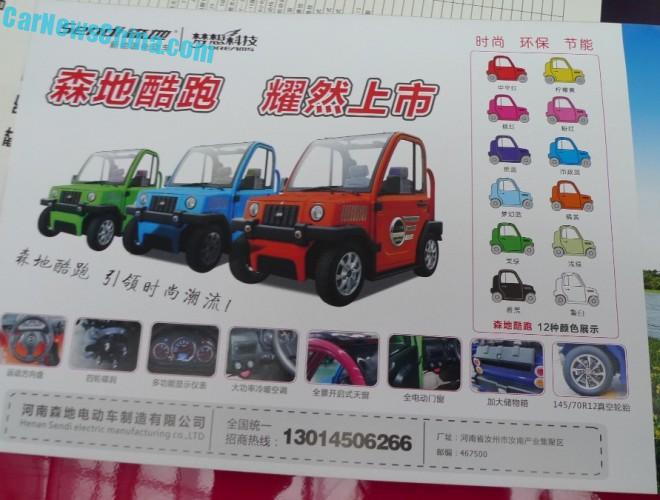 She comes in all colors but Pink is best.

The Sendi Coope Kupao & Sendi Coope Kuka are manufactured by a company called Sendi New Energy Corporation (web), based in the great city of Zhengzhou in Henan Province. The company started with electric scooters, moved on to electric tricycles, and then on again to four-wheelers.

The Coope Kupao is powered by a 3.0 Kw electric motor mated to a lead-acid battery. Top speed is 50 kilometer per hour and range is 150 kilometer. The Kupao is a very small car, but it is surprisingly heavy: 2150/1250/1560, wheelbase is 1550 and weight is 650 kilo. Charging takes five hours on 220V. All specs as claimed by the manufacturer. 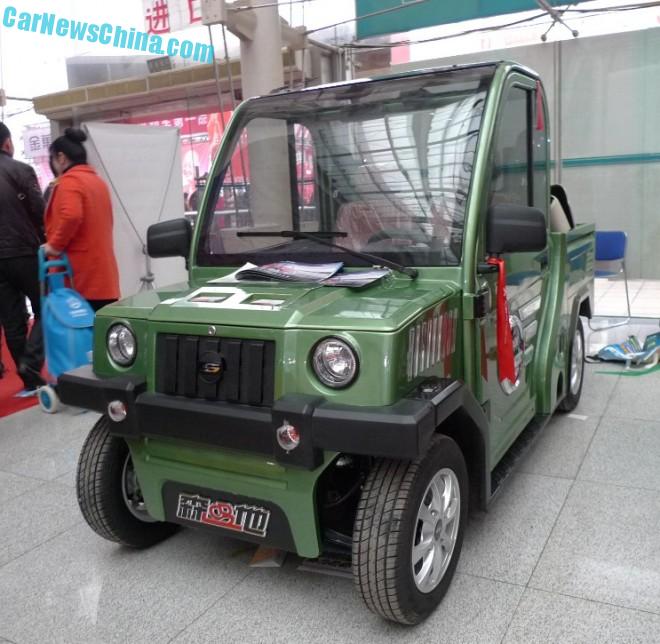 And this is is the Sendi Coope Kuka, basically the pickup truck version of the Sendi Coope Kupao, looking extremely cool in army green. The vehicle is similar in concept to the bright orange Longrui Auto Utility Pickup Truck we saw earlier on. 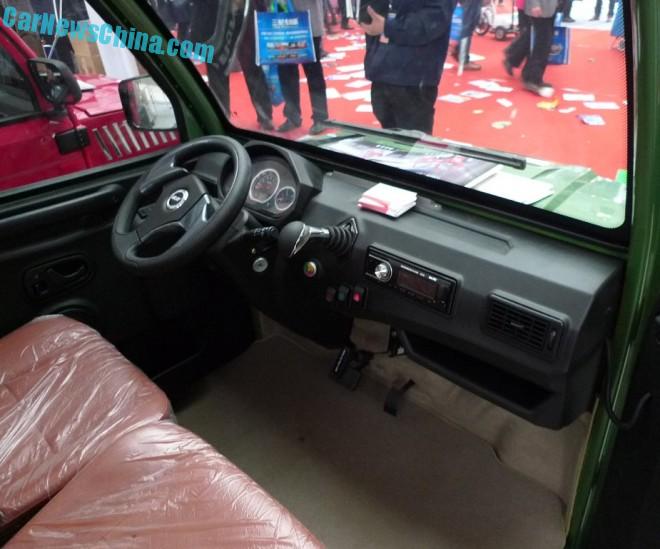 Dash is the same in the Coope Kuka and Coope Kupao, Kupao seen here. Steering wheel very flat, truck-like, with three analogue dials. The drive selector is a large stick sticking out the center of the dash. Radio a tad too far to the right but it had a USB port. Vents very square. 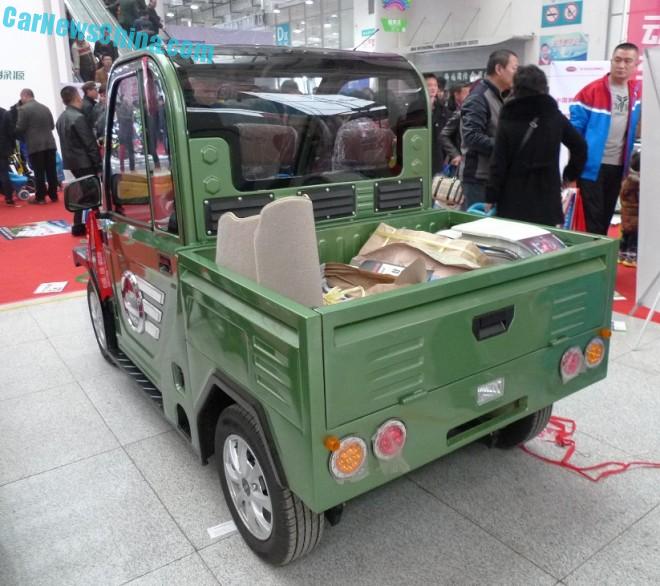 The large rear window is protected here by an extra metal plate with three rather fuzzy fake black air vents. The bed is big enough for a few sacks of rice, two small goats, or enough brochures for a three-day EV show in Shandong. Round rear lights and square reverse light all located in the bumper. 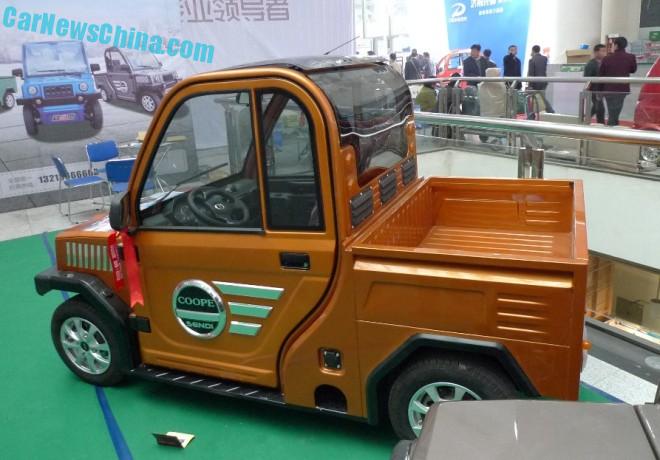 They also had a brown example which looked very hip. The Coope Kuka is 50 centimeters longer than the Coope Kupao, and it weighs 12 kilo more. Motor is the same. 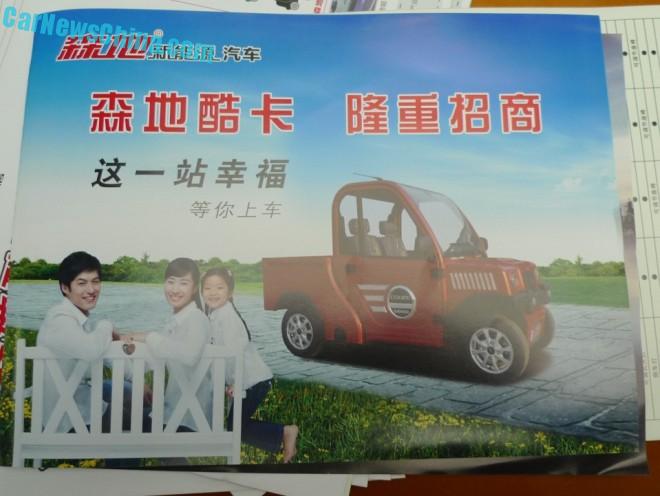 How to market an LSEV pickup truck. With a happy Chinese family all wearing white of course. They are sitting behind a white fence in a garden. The Kuka is two-seat only but the kid can sit in the bed. 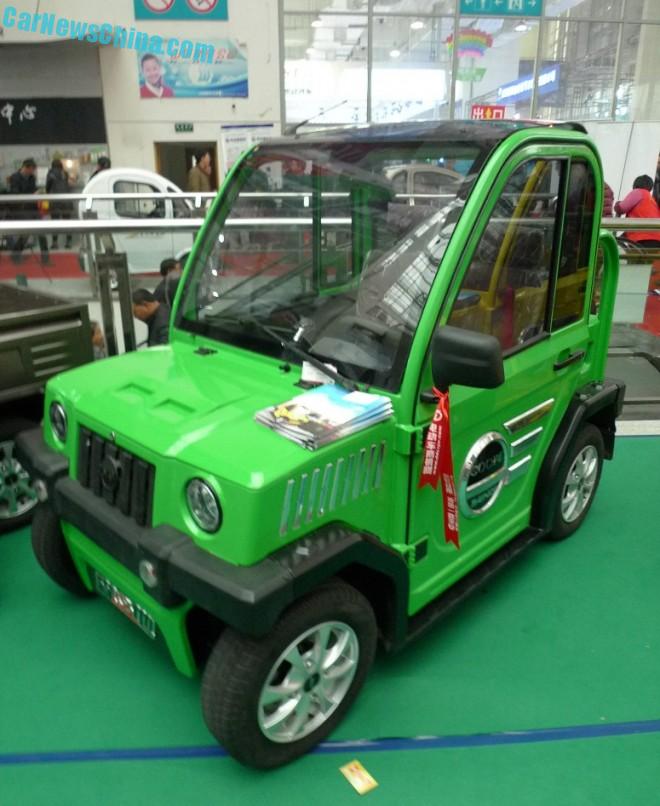