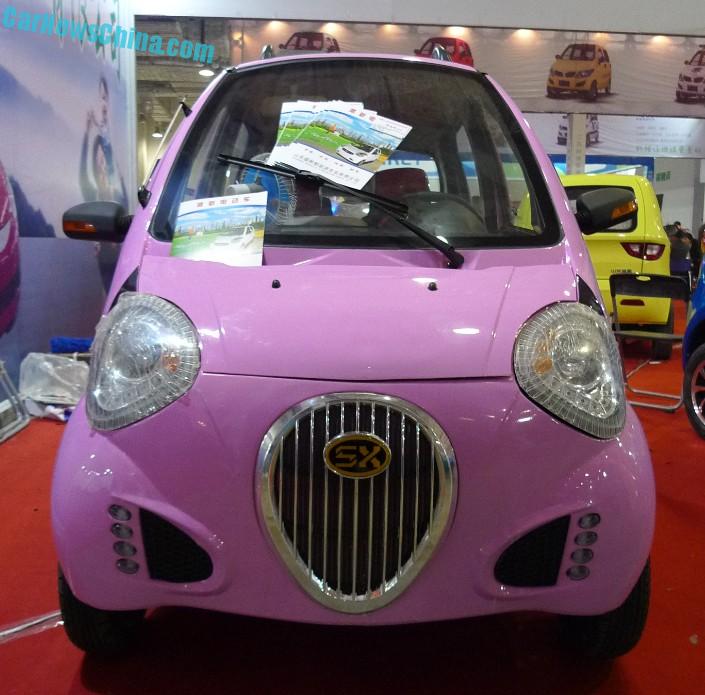 This week we visited the Shandong International Electric Vehicle & New Energy Vehicle Exhibition (from now on: Shandong EV Expo) in the great city of Jinan in Shandong Province in China. The expo is the largest electric vehicle show in China, with around 200 manufacturers showing at least 1500 cars.

The show was huge, challenging, and a beautiful chaos, with zillions of people checking out the latest EV’s. It is basically a trade show where dealers come to meet the manufacturers, but most LSEV makers, especially the smaller ones, would be happy to sell you a single car right off the show floor. Over the next few weeks we will show you a large number of cars, divided by brand and trend, alongside articles with more general impressions. Today we start with an introduction:

The show is mainly about Low Speed Electric Vehicles (LSEV’s), a booming and loosely regulated market that attracts many new players each year. In short; an LSEV is powered by an electric motor with no more than ten horses, has a max speed of about 50 km/h, has a max length of four meters, and is priced anywhere between 10.000 and 30.000 yuan.

Because of the unregulated nature of the market LSEV’s do not qualify for green-car subsidies provided by the central governments, but there are plans to change that. Some local governments at provincial and city level provide various subsidies, but the systems differ in each place and might change any day. The market has a very local nature anyway, with most of the LSEV makers selling only in their home province and surrounding provinces.

Many of the LSEV makers are trying to move up to larger vehicles, with bigger motors and safer bodies, that can go on the highway. When a LSEV maker matches an encyclopaedia of criteria he can apply for an official car-making license at the central government. When granted, the LSEV maker can start selling cars on the tightly regulated ‘normal’ electric car market, and its vehicles will qualify for all green-car subsidies.

The licenses are obviously in very high demand. Some LSEV makers get their license through hard work, some buy another company that somehow already has a license. Others align, through misty corporate constructions, with large automakers (such as Zotye), piggybacking on the latter’s existing license to sell their cars.

The cars are relatively simple machines. A basic frame covered by a very basic steel or polyester body. The tiny motor up front with the four-wheelers, or in the center or the rear with the three-wheelers. The batteries are lead-acid, with the manufacturers saying a lithium-ion battery will make their cars twice as expensive, and that for such much money nobody will buy one.

The lead-acid batteries also kill any change of export to Europe or the U.S., but most companies didn’t seem to care, saying the Chinese market is big enough for now. There are some companies that have developed lithium-ion variants for export, but only a very few. Others export lead-acid cars to less-demanding countries in South East Asia and the large Middle East region.

Parts of LSEV’s are readily available everywhere, and the part makers are located closely to the LSEV makers, and are in many cased connected through part-ownership. The part makers make everything that is necessary to make a car. As mentioned earlier, some LSEV makers don’t even bother to design a single part themselves; they simply don’t need to.

And because this is China there is no such thing as exclusivity. A maker of steel bodies can sell the same body to as many LSEV makers as he wants, leading to a very fuzzy market place where many makers are selling basically the same looking car. The same goes for the interior, with lots of similar parts, ranging from dials to doors and from steering wheels to seats.

The parts are cheap, labor is still cheap, and land is cheap too. Setting up a full operational factory with one production line making LSEV’s won’t cost more than two million USD (!!!).

When it comes to brands to picture is an endless mess. Most LSEV makers use various brand names, which they like to change now and then, without apparent reason. Then they have Chinese and English names, sometimes without any clear connection. Furthermore, they might have a motorcycle brand under yet another name, and then suddenly decide to use that brand for cars too.

And so we had a lot of fun.