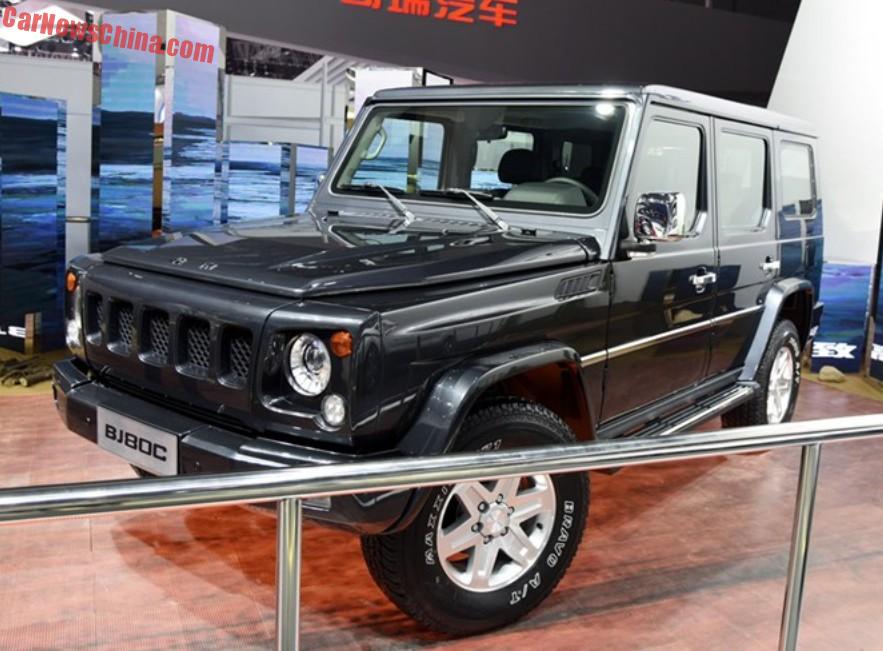 The big ‘n bad Beijing Auto BJ80C has been launched on the Shanghai Auto Show in China, parked inconveniently behind a high fence on a cramped far-end of the booth. Is Beijing Auto not proud of its new child? This BJ80C needs a stage with flashing lights and loud music!

Persistent rumors say Daimler was very unhappy with the BJ80 and tried to convince BAIC to kill it, which the main reason the BJ80 is still not on the market, according to the same rumors. It now appears parties have reaches some sort of compromise, and the BJ80C is a go, expected to hit the market in Q4. 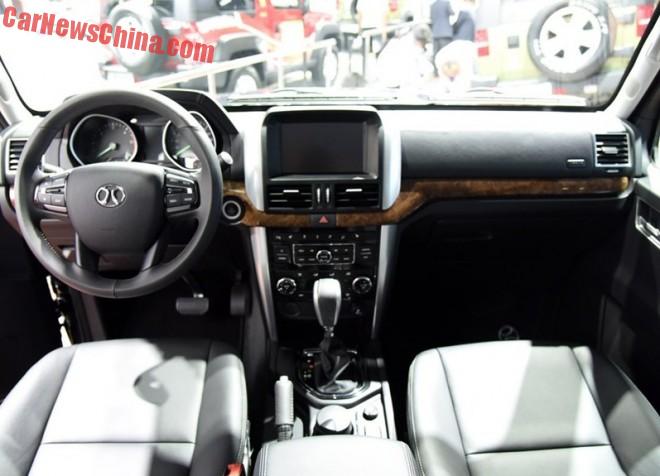 A fine looking interior with some wood and lots of gray plastics.

The BJ80C will be available with a 2.4 liter four-cylinder petrol and a 4.0 six-cylinder petrol. The latter is very interesting as Beijing Auto hasn’t had a 4.0 since the Beijing-Jeep days. The exact engine line-up however might change a zillion times right up until launch; business as usual for BAIC. 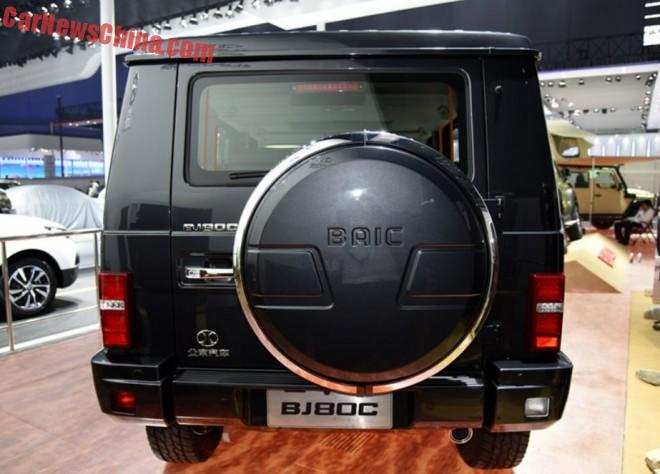 Small rear window and small rear lights. Exhaust pipe sits unhappy below the right-side of the bumper, completely not-integrated with the rest of the design. 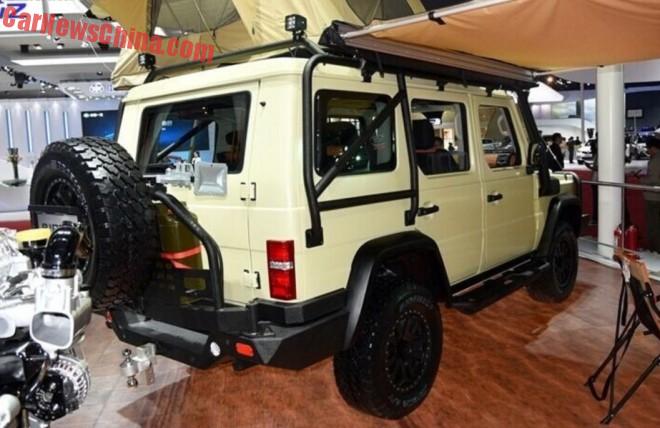 They also had a safari version in yellow, with black wheels and a tent on top. 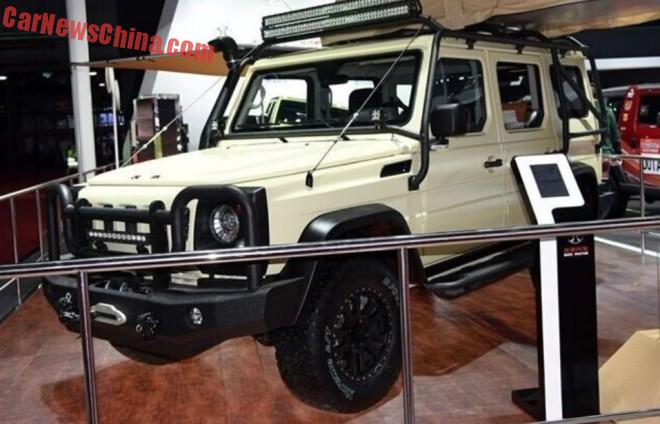 Car is caged. But it has a snorkel, a bull bar, and an impressive LED battery. 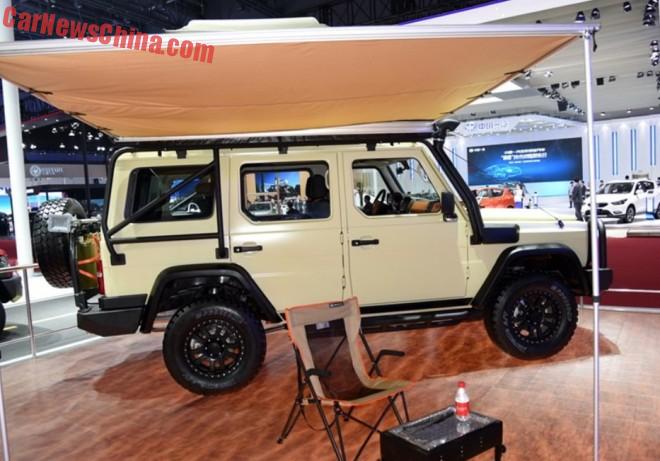 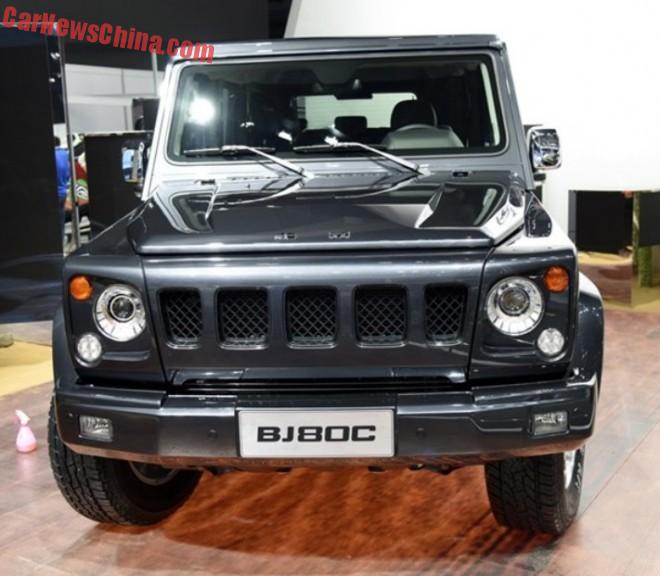