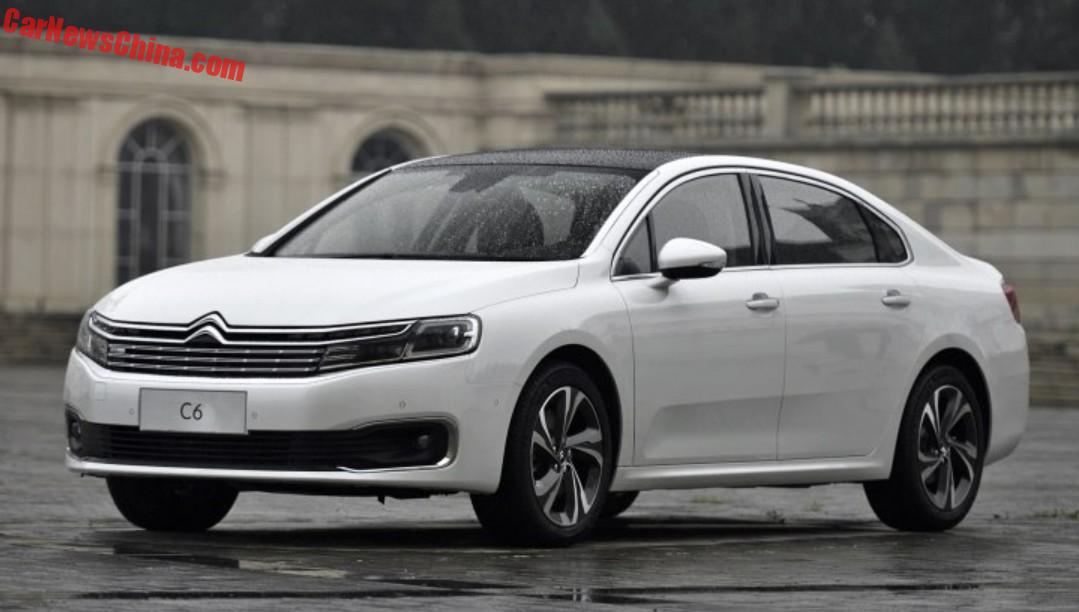 The Citroen C6 will be launched on the Chinese car market in September. Up until now we knew it would be available with a 1.8 turbo with 204hp and 280nm. We have always said that 204hp is barely enough to bring a big car like the C6 up to speed.

Citroen is apparently not reading these pages and has announced a second engine for the C6: a 1.6 turbo with only 167hp and 245nm! That car is going to be so slow. The C6’s curb weight is a hefty 1590 kilo. What it needs is a proper V6 with at least 250 horses.

The Citroen C6 is basically the same car as the Dongfeng Fengshen A9, with a fancier interior, a slightly different rear, a rather different front, and a higher price tag. 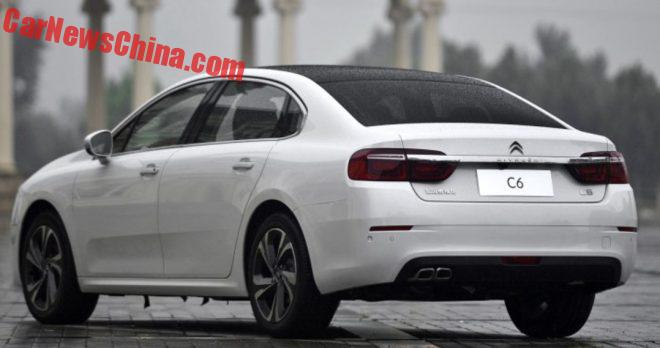 Rear lights are old fashioned giants but fashionable connected by a thick chrome strip. Tiny double pipe tips on the left are unpretty. Dongfeng has a much better solution.