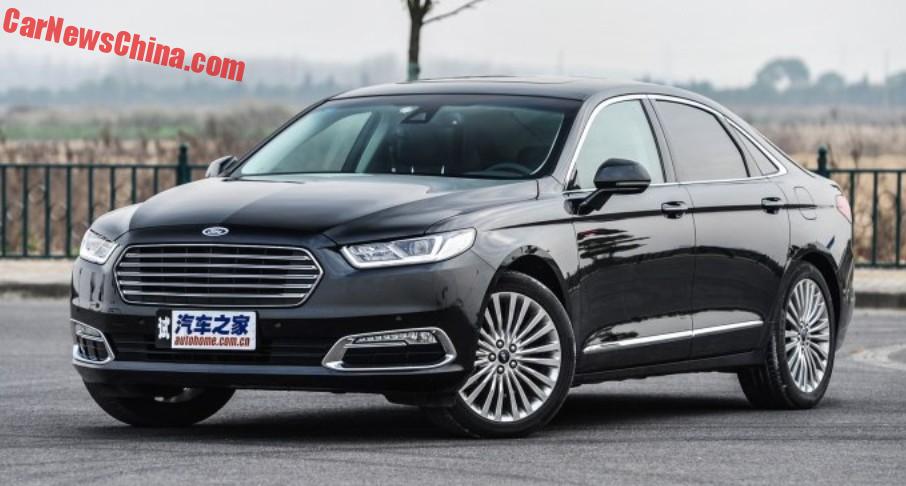 The brand new 2016 Ford Taurus has been launched on the Chinese car market. Price starts at 248.800 yuan and ends at 348.800 yuan. The new Ford Taurus is especially developed for China and won’t be sold in the rest of the world, at least not initially.

The Taurus will be positioned above the highly successful Ford Mondeo (Fusion), which is made in China by Changan-Ford as well. 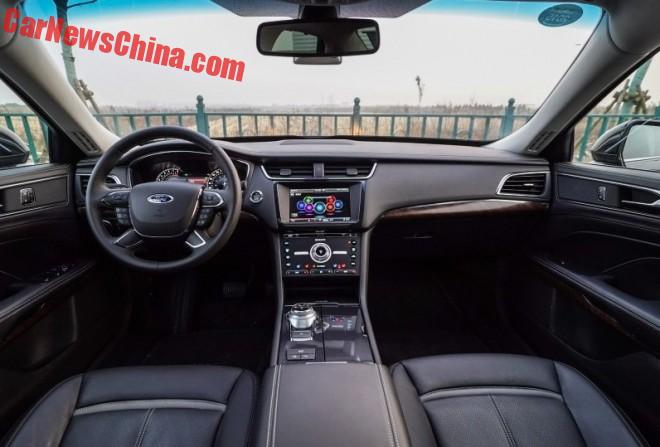 The photos show the top-spec Taurus Titanium, fitted with brown leather and wood inlays in the dash and doors. 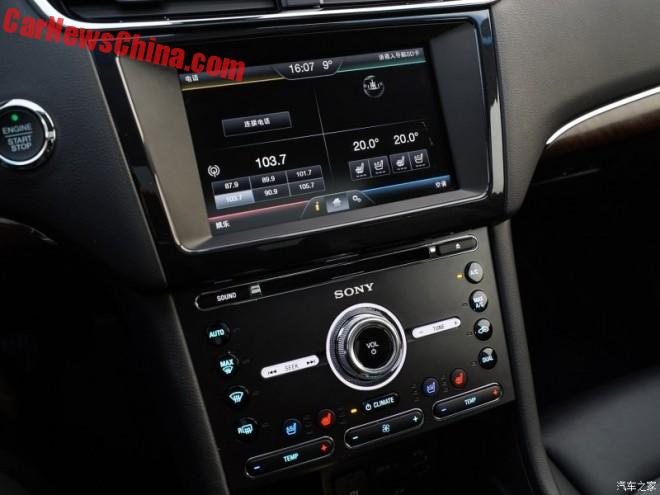 The eight inch touch screen is just big enough for 2016 but the addition of a Sony CD-player is a surprise. China has completely gone iPod, smartphone and tablet, and nobody is playing CD’s anymore. I wouldn’t even know where to buy one here in Beijing if I wanted one. There aren’t any shops selling CD’s anymore. But for those who still have CD’s, the Ford Taurus can play them. Button design a bit messy, some round, some oval, some piano black, some matte black, some white, and it is all topped off by a shiny silver controller. Wuzzy. 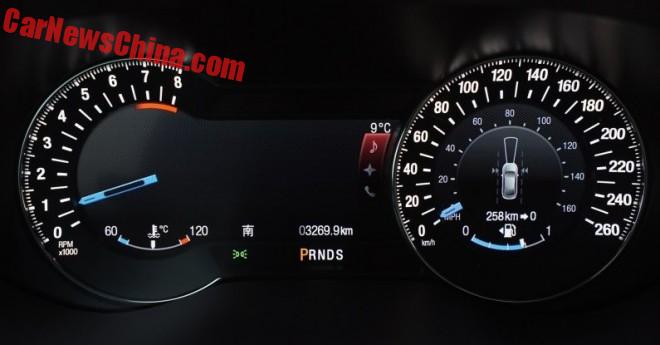 Dials are half digital and half analogue, graphics are razor sharp. 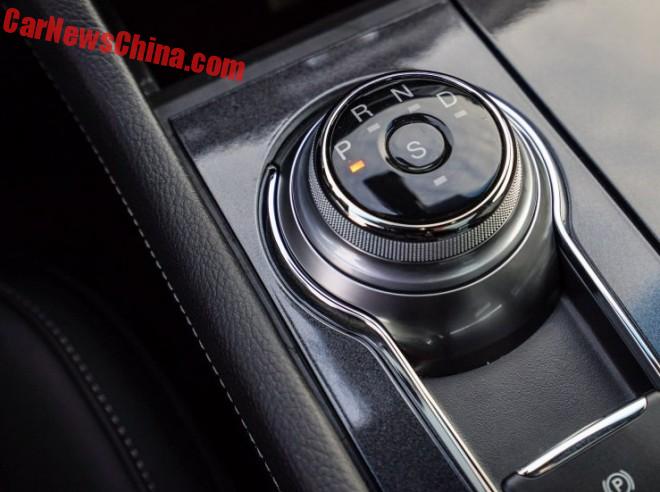 The gear selector, a big knob with a piano black top. 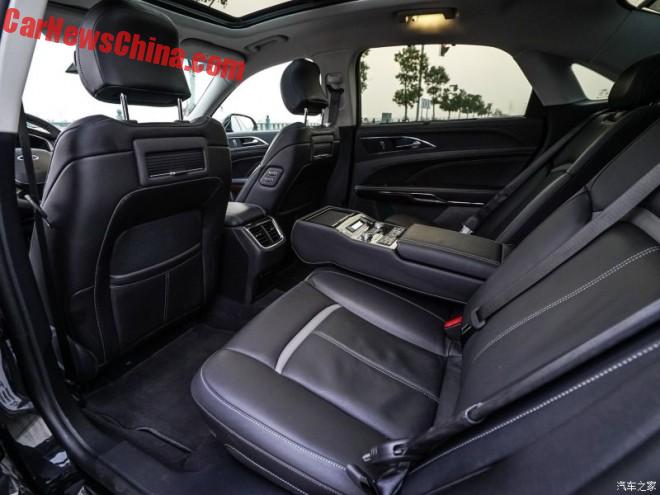 The rear is luxurious with loads of space and more black leather and wood, but no entertainment system. 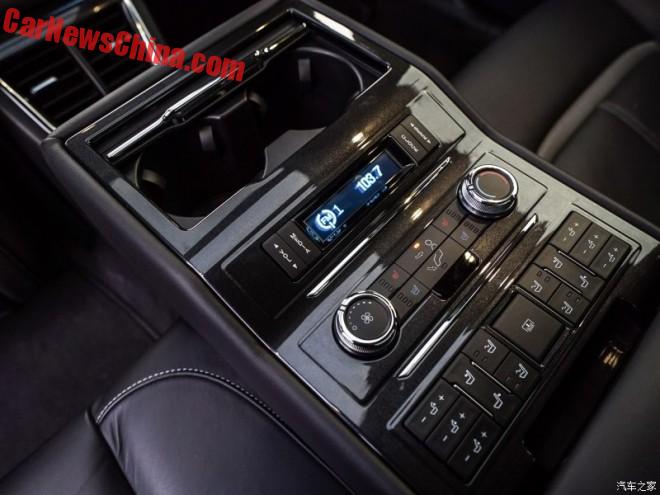 The arm rest is flooded with buttons, which again are of various sorts and kinds. The seats can be adjusted in every direction. Dual zone aircon.

The exterior is absolutely beautiful, especially from 3/4 behind. Sleek D-pillar morphs into shoulder and then into the short rear end. Small spoiler in the bootlid, lights connected by a chrome strip, and large square shaped exhaust pipes. 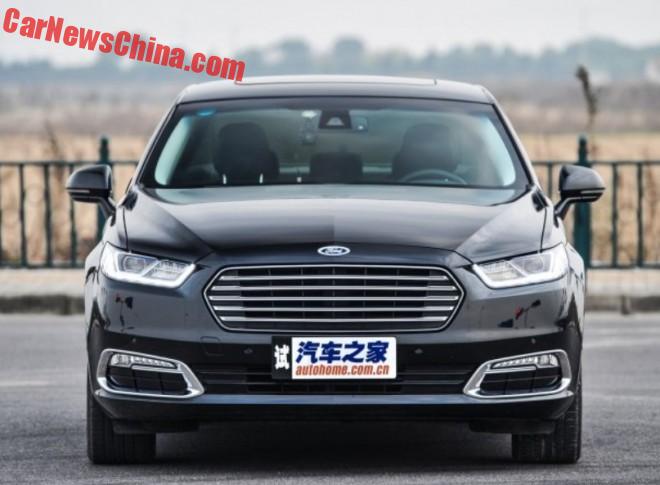 The front is not as strong as the back. Lights don’t match very well with grille and chrome pieces in the bumper are plain ugly. 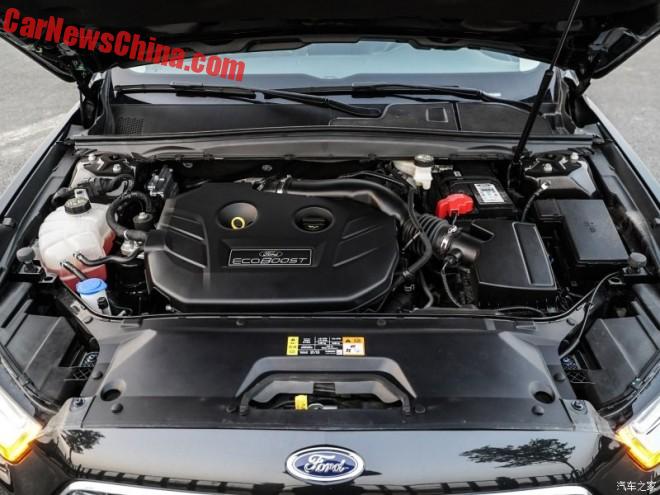 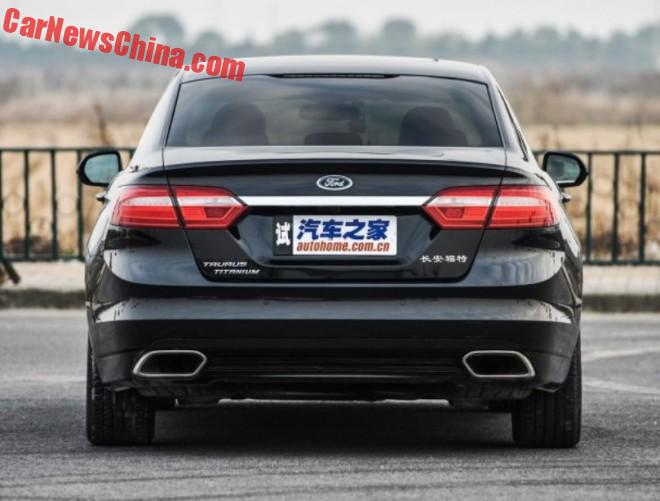