New Toyota Crown is Ready for the Chinese car market 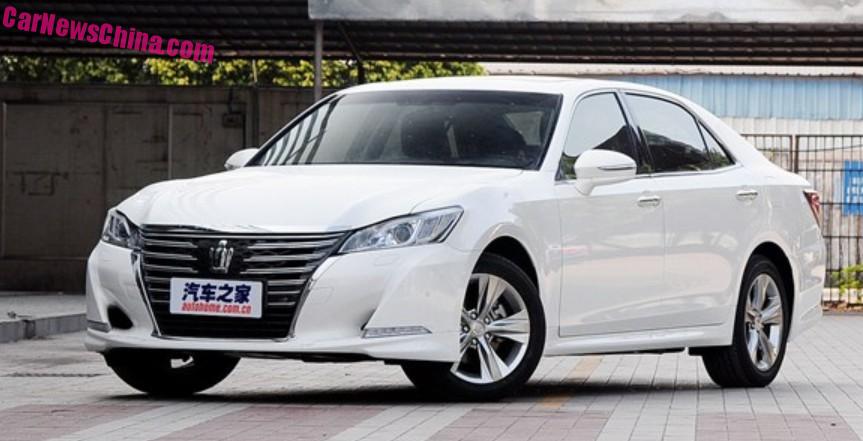 This is the new Toyota Crown sedan for China, scheduled for launch on the Chinese car market on March 12. The Toyota Crown is manufactured in China by the FAW-Toyota joint venture. It is based on the Japan-only sixth generation Toyota Crown Majesta, but comes with a different front. 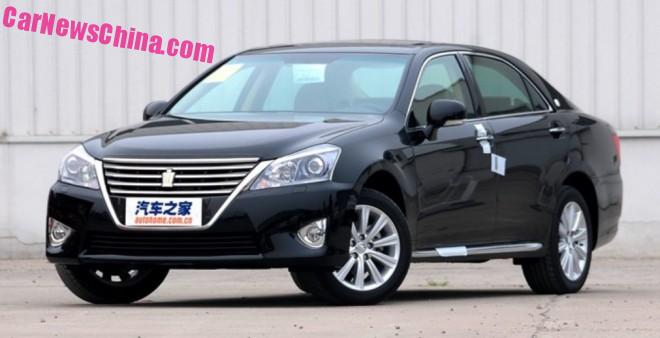 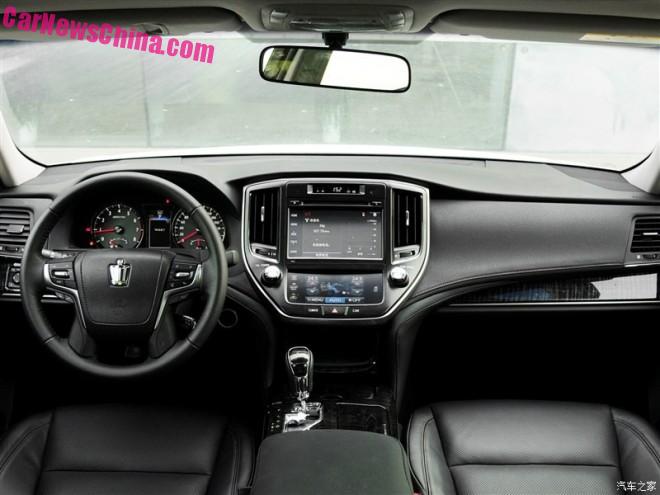 The interior of the new Crown, lots of black and some shiny, especially around the gear lever. Crown logo on the wheel. Dials decidedly not digital. Large LCD screen topping rather cool looking aircon controls. 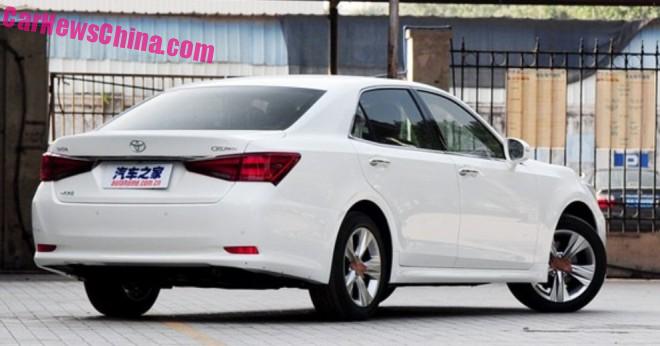 FAW-Toyota has been making the Crown since 2005 (twelfth generation) but it has never been a great success, mostly due to a lack of dealers, the relatively high price, and thirsty engines. The new 2.0 turbo might help sales a little bit, if the price is right. 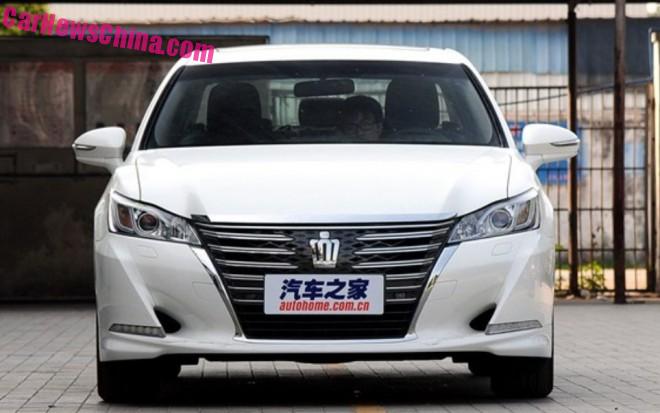 The grille is sure impressive enough.