Patent images of mysterious Sehol SUV from JAC. Is it X8’s facelift? 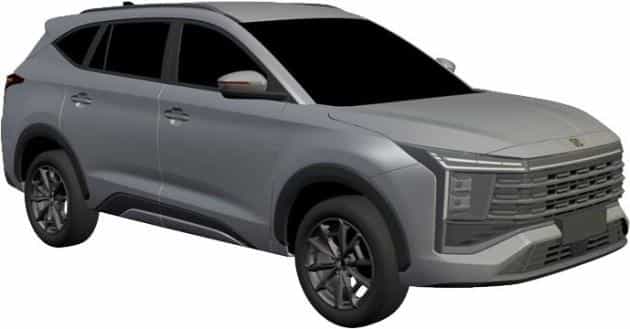 JAC’s sub-brand Sehol has applied for the patent. It means that a new car is ready to be launched soon. But patent images reveal that a “new” SUV could be a facelift of the brand’s flagship – Sehol X8.

That meant there was no use for the SOL brand anymore. JAC took it over and renamed it Sehol. The Chinese name, 思皓 (Sihao), remains the same. JAC then started bringing its Refine and Jiayue-branded passenger cars under the Sehol brand, both petrol-powered and electric. They sell nine cars now. The QX, X8, and X7 are petrol-powered SUVs. The X5 is a petrol crossover and the A5 a petrol sedan. The E10X is an electric minicar, the E40 an electric crossover based on the X5, and the E50A an electric sedan based on the A5.

One of the patent images shows the front end of the car. It has a new design language seen previously only on the Sehol X5 compact SUV. Split headlights are integrated into a massive grill while running lights are Y-shape. The car’s bonnet has a lot of sharp lines, which create a sporty look.

The car’s rear end has a light unit with Sehol lettering above it. The back door has a clean design with a few sharp lines. The rear bumper is also unique, with vertical reflectors.

From the side, there are various similarities with the Sehol X8 SUV, like body shape, wheel arches, door shape, mirrors, and gas tank hatch. It seems that a “new” model is just a facelift of the Sehol flagship car. X8 hit the market in late 2020, and now it can get a new push on the Chinese market. Its sales increased by 91.6%, with the magic number of 33 333 vehicles sold in 2021.

Another set of patent images shows a car interior with the new infotainment system. It probably contains two displays blended visually into one widescreen. However, there are few physical buttons in the central car console. There are at least six air vents in the front and two in the rear. The central armrest is small in size, but the rest of the armrest area has two cupholders, a gear selector, charging ports, and roomy storage space.