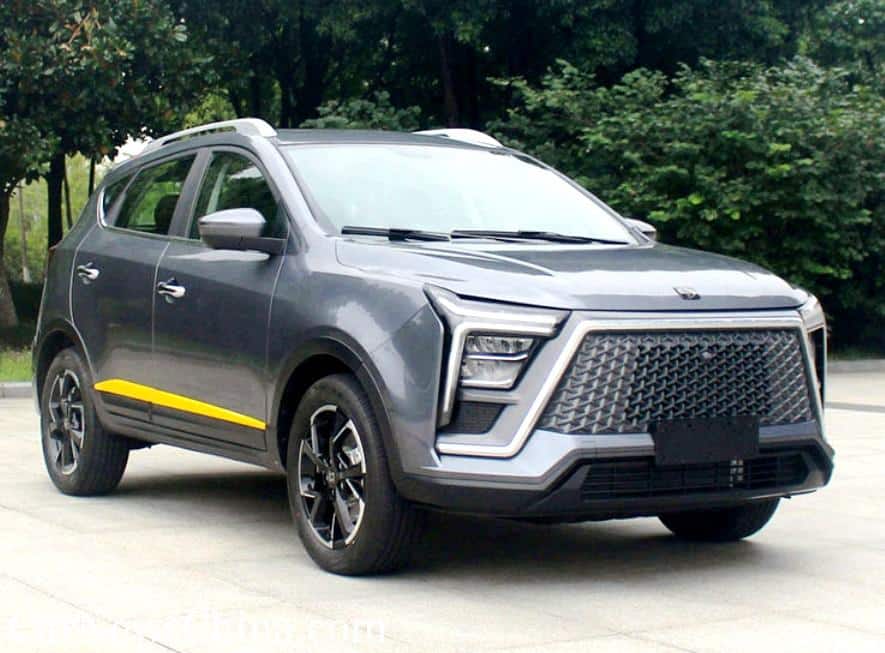 Some Chinese automakers are famous for copying design elements, or full cars, of European, Japanese, and American automakers. Less well known is that Chinese car makers are also very adapt at borrowing from each other. Whenever a design element works well, like slanted headlights for example, you suddenly see this on cars of dozens of other brands. Today we have a fine example of Chinese-Chinese borrowing. The Sehol X5 is a new compact SUV made by JAC’s Sehol brand. It looks modern and trendy, with the entire front clearly inspired by the NIO ES8.

The shape of the grille, side light units, and bumpers of Sehol X5 are very similar to the design of the NIO ES8. However, the ES8 is a much larger vehicle than the X5, and it is electric, whereas the X5 is petrol-powered. Nevertheless, it is nice to see that a new brand like NIO does now inspire staid semi-state owned companies like JAC.

That meant there was no use for the SOL brand anymore. JAC took it over and renamed it Sehol. The Chinese name, 思皓 (Sihao), remains the same. JAC then started bringing its Refine and Jiayue-branded passenger cars under the Sehol brand, both petrol-powered and electric. They sell nine cars now. The QX, X8, and X7 are petrol powered SUVs. The X5 is a petrol crossover and the A5 a petrol sedan. The E10X is an electric minicar, the E40 an electric crossover based on the X5, and the E50A an electric sedan based on the A5. Recently, Sehol unveiled the Yao, a sporty petrol sedan again based on the A5.

The rear looks rather subdued compared to the front. The light unit looks nice with SEHOL lettering below it. The Sehol X5 will have its public debut on the Guangzhou Auto Show in November.