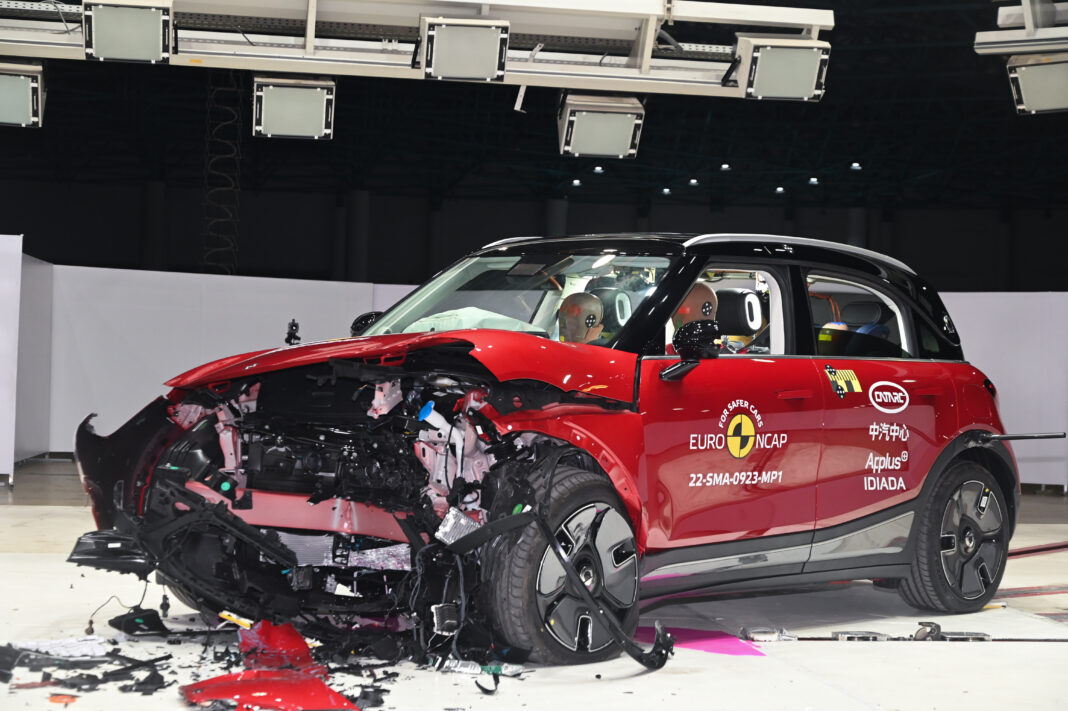 In the latest round of Euro-NCAP Safety ratings, Chinese models shone again with stellar reviews and 5-star ratings. We had earlier reported that the NIO ET7 scored top marks from Euro-NCAP, but it is not alone as two other cars from China join it. The latest inductees into the 5-star club are Smart #1 and Wey Coffee 02.

This new batch of Chinese cars emphasizes a commitment to safety and what better way to do it than at the most stringent safety tests?

The all-new EV, Smart #1 had a strong showing at the safety tests. Launched in April, the crossover is the product of a collaboration between Mercedes-Benz and Geely. With a blend of Geely’s engineering and the design from Mercedes-Benz, the model is expected to perform well in both the Chinese and European markets.

Smart #1, based on Geely’s Sustainable Experience Architecture (SEA) platform, earned all five-star marks, but we can expect that from most new cars in the market. What stands it out is despite its small size, it scored 96% in the Adult Occupant category.

For context, the new Tesla Model S has a 94% score in that category, while the Nissan Ariya and Toyota bZ4X scored 86% and 88% respectively.

Safety Assist is quite good at 88%, Vulnerable Road Users comes in at 71%, while the 89% recorded for Child Occupant protection shows that Geely has done its homework.

Great Wall Motors’ WEY is no stranger to Euro-NCAP tests, as it earned 5-star ratings with the WEY Coffee 01 in September. The WEY Coffee 02 is a smaller sibling to the Coffee 01. Set to hit the European market in the first half of 2023, the SUV has been in the Chinese market since 2021 as the WEY Latte.

Like its sibling, the Coffee 02 is equipped with a long list of safety and assistance systems including Level 2+ autonomous driving, powered by Qualcomm chips, a total of 17 radar sensors, four all-round cameras, and a high-resolution front camera.

The Coffee 02 received its highest marks in the Adult Occupant category at 94%, with 93% in Safety Assist coming next. The SUV also scored 87% and 73% in the Child Occupant and Vulnerable Road Users categories.

The latest stellar outing from Chinese manufacturers is a far cry from the early days of one-star ratings. The first Chinese brand to earn a five-star rating was Qoros in 2013. However, the brand disappeared with very little impact.

Different Chinese automakers have attempted the crash tests in the past, with varying degrees of success. In 2021, the Lynk & Co 01 and the NIO ES8 received top marks from Euro-NCAP. After that, the ORA Funky Cat and WEY Coffee 01 achieved 5-star ratings in September 2022. During the October test round, the BYD Atto 3 received 5-star ratings

With the NIO ET7’s strong showing at the November test round, along with cars from WEY and Smart, it’s possible that Chinese cars are gradually evolving from tin cans to technologically advanced models. Euro NCAP says it will test more Chinese cars than ever, and from here, it remains to be seen how they perform.