Pink Tank is a coin operated kiddie ride in China 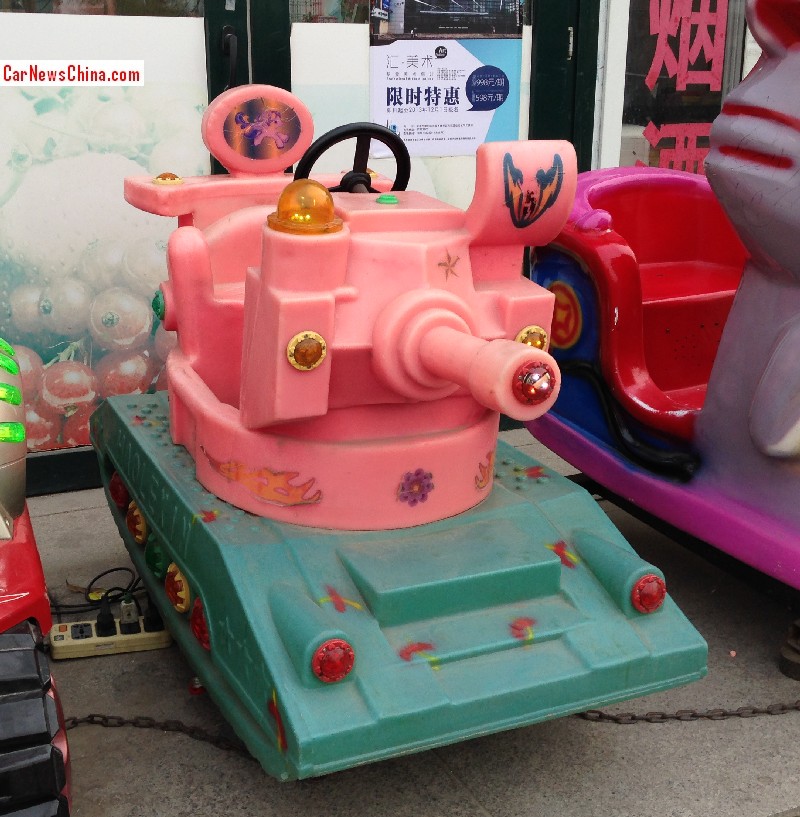 A coin operated kiddie ride shaped like a tank, seen in a faraway suburb in east Beijing. The turret and gun are in pink because Pink ain’t no peace but war. The chassis is colored in a more traditional army green with some red accents. The turret is equipped with a steering wheel, two orange search lights, a large orange warning light, and a visor. The chassis is equipped with two additional red lights. 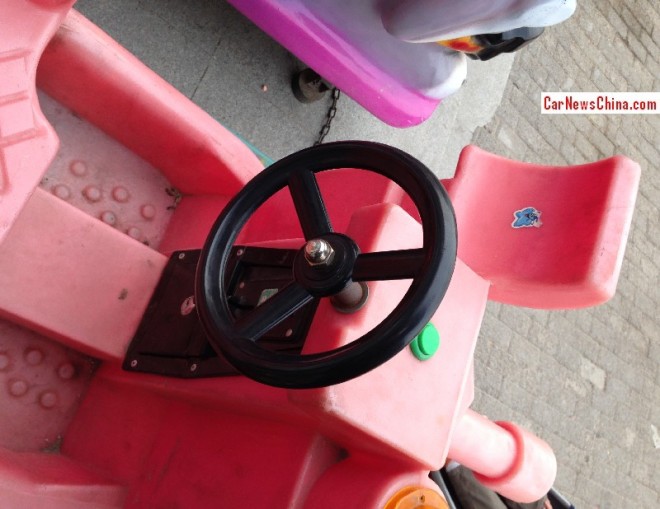 Large green button starts the firing of the gun. Steering wheel is on the large side for the size of the chassis. Half-moon shape of the visor is correct; resembling the surface of the earth, which isn’t flat, as every tank commander knows. Note off-road style floor pan. 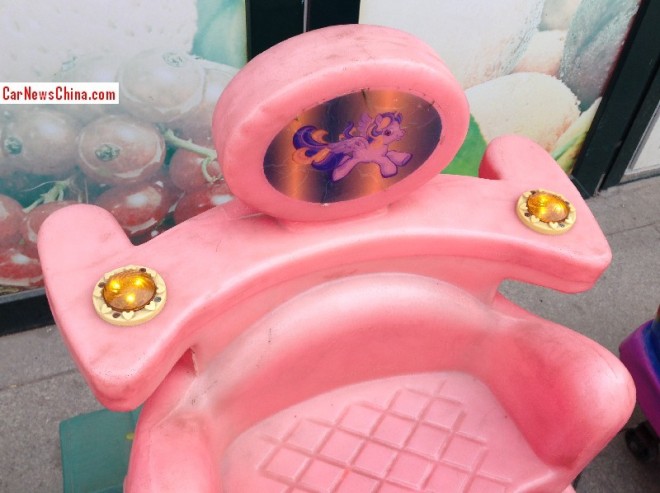 The commander sits in a comfortable sofa, very good for resting the arms after a long firing sequence.  Note horse on head rest; that is My Little Pony, she was very popular in the 1980’s, never thought I’d meet her again, in China! 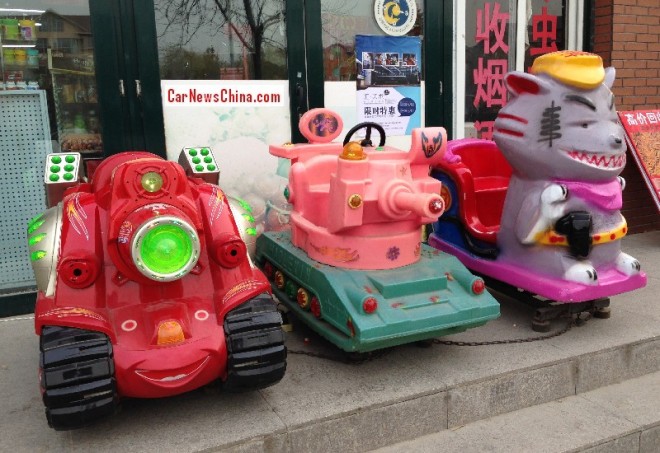 The local tank division. On the left we have a red tank with two two anti-aircraft rocket launchers mounted at the back. Earlier on we met two other variants of the same battle machine, one in red but-not-smiling, and one crocodile. The fighting vehicle on the right is probably the most dangerous of all, made to look like Big Big Wolf, a specialized goat-hunter.