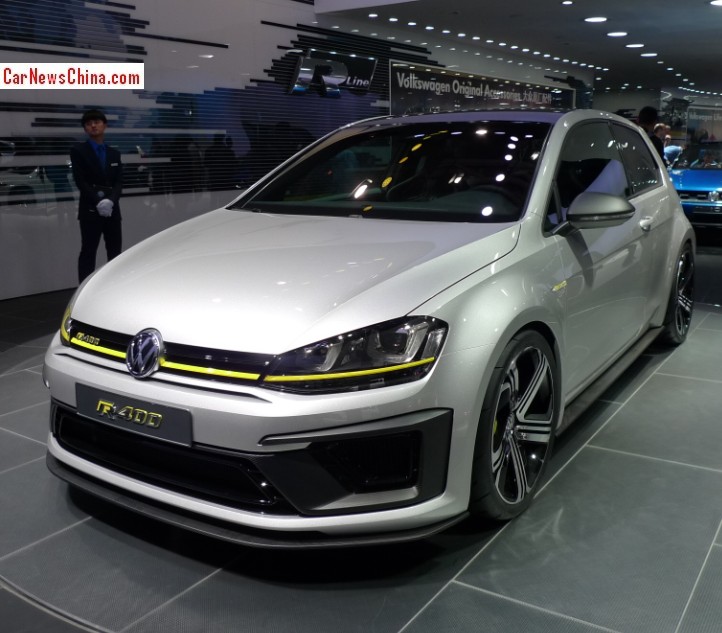 The Volkswagen Golf R400 Concept debuted on the 2014 Beijing Auto Show, looking ready to race the road. The R400 Concept previews a super speedy Golf that will be launched on international markets in 2016, and around-around we heard it will be sold on the China car market as well. 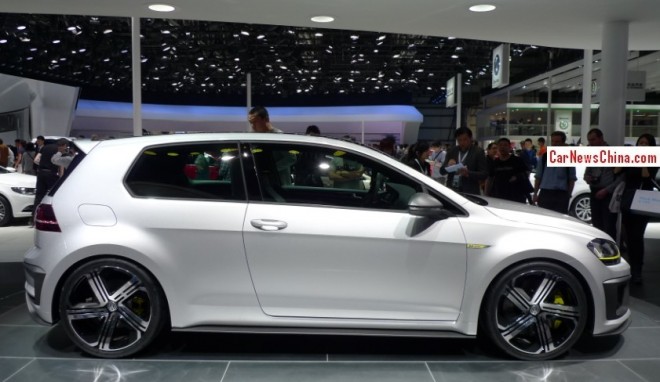 The R400 comes with a hefty body kit, lowered suspension, 19 inch wheels, and a large wing at the back. Power comes from a souped up variant of the 2.0 turbo that also powers the Golf GTI (210hp) and the Golf R (296hp).

The production version of the Golf R400 is mainly aimed at the popular Mercedes-Benz A45 AMG, which is also powered by a 2.0 turbo with an output of 360hp and 450nm. 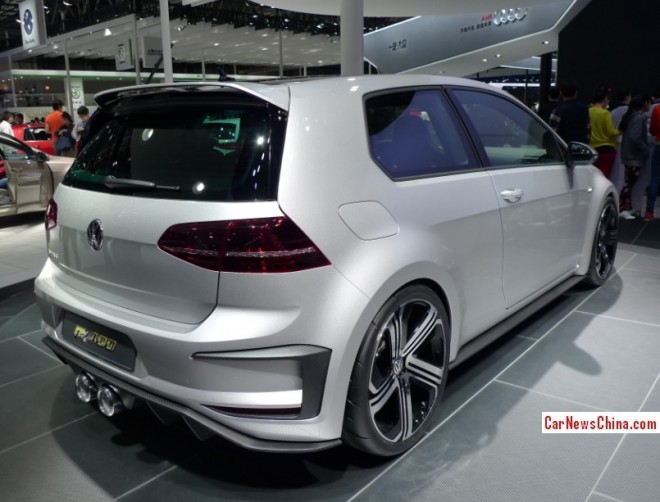 The base Volkswagen Golf, including the GTI, is manufactured in China by the FAW-Volkswagen joint venture. The R400 however will be imported into China from Germany, just like the Golf R.