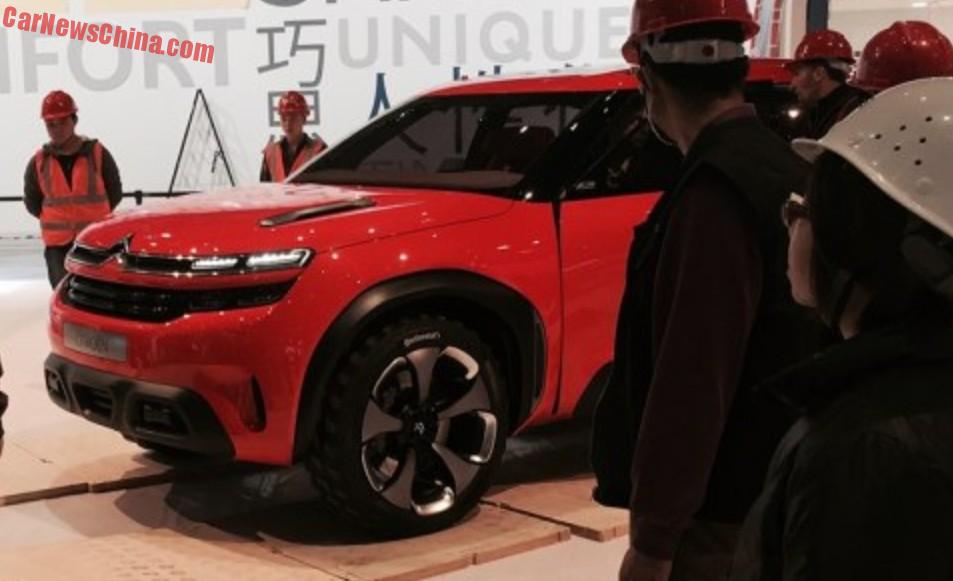 Leaked from the exhibition hall: the very first live shots of the new Citroen Aircross crossover concept for the Shanghai Auto Show. It will officially debut on Monday but we cannot wait that long! The Citroen Aircross concept previews a new and hip crossover SUV that will hit international markets sometime next year.

The segment for this sort of vehicles is booming like a mad hound in China, and it seems therefore almost certain that Citroen will make it locally at the Dongfeng-PSA joint venture. The Citroen C4 Cactus, with a similar daring design, will see local production as well, scheduled to start late this year.

The Aircross concept is ‘powered’ by a plug-in hybrid drivetrain consisting of a 1.6 turbo petrol with 218hp and 275nm mated to a electric motor with 95hp and 200nm. The production car will most likely get 1.6 turbo and 1.8 turbo petrol engines.