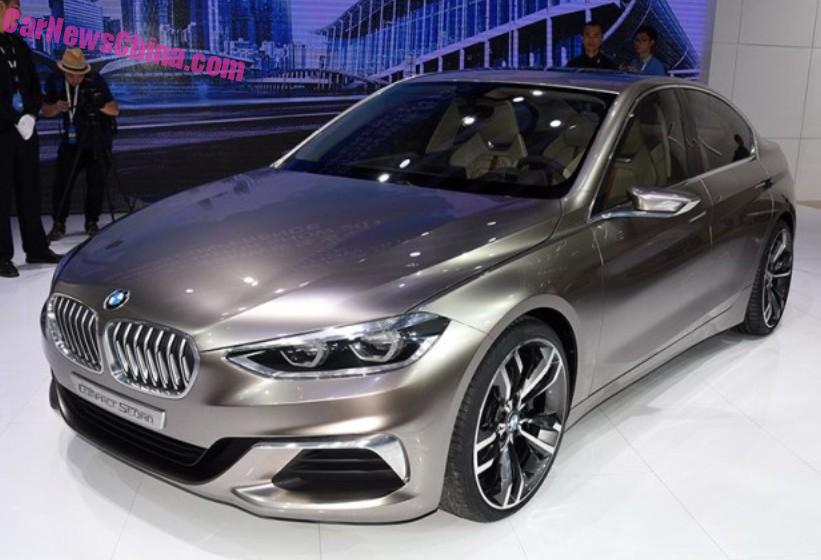 The BMW Concept Compact Sedan was unveiled today on the Guangzhou Auto Show, previewing the upcoming BMW 1-Series sedan. The sedan is especially developed for the Chinese car market where car buyers love premium sedans just a little less than they love premium SUV’s, and those they love a lot.

The BMW 1-Series sedan will compete with the Audi A3 sedan and the Mercedes-Benz CLA. Whether the sedan will be made in China is yet unclear, but it seems likely. 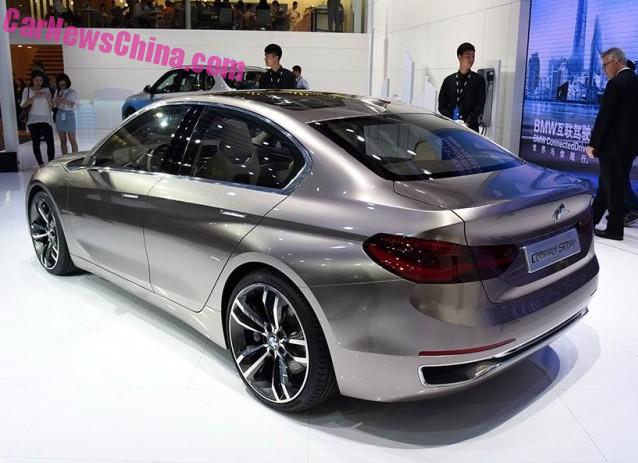 The Audi A3 sedan, sold in China as the Audi A3 Limousine, is made locally and the CLA is expected to see local production in 2016. Furthermore, Chinese production of the BMW 2-Series Active Tourer will start soon, and the Active Tourer is based on the BMW UKL2 platform (wiki), which will also underpin the 1-Series sedan. 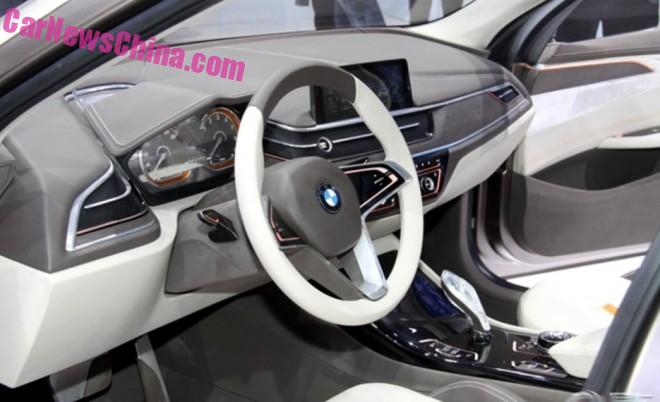 The trendy interior comes with Nappa leather and an 8.8 inch touch screen for the infotainment. Center tunnel floats stylishly under the dashboard. Wheel a tad retro with thick white rim. No word yet on engines but BMW has some tasty three and four-cylinders in the current 1/2 series that would do perfectly in a sporty sedan. 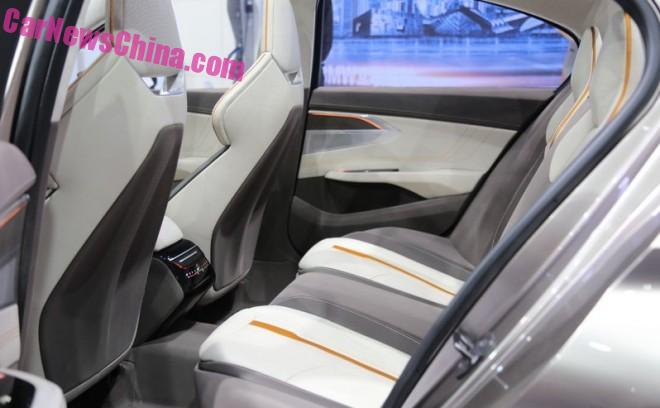 Orange line over entire seat, making it more easy to place the bottom in the middle. 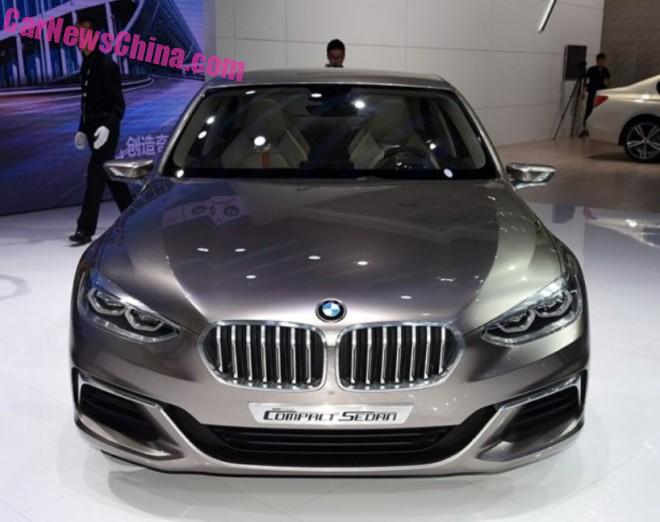 Chromed grille a nice Bling-Bling touch for the Chinese market. 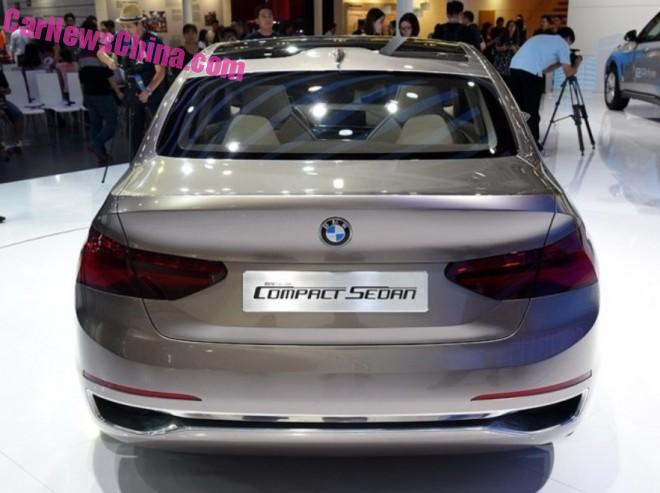 A rather big wing on that boot. Racy. Now what about an M version to compete with the CLA 45 AMG? Do it good, or do it not… 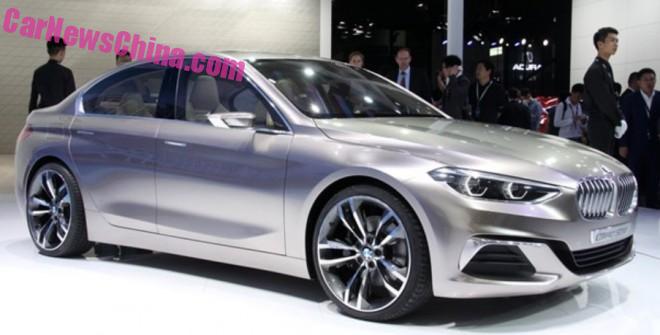 Beautiful alloys under a great looking car; likely to be loved.