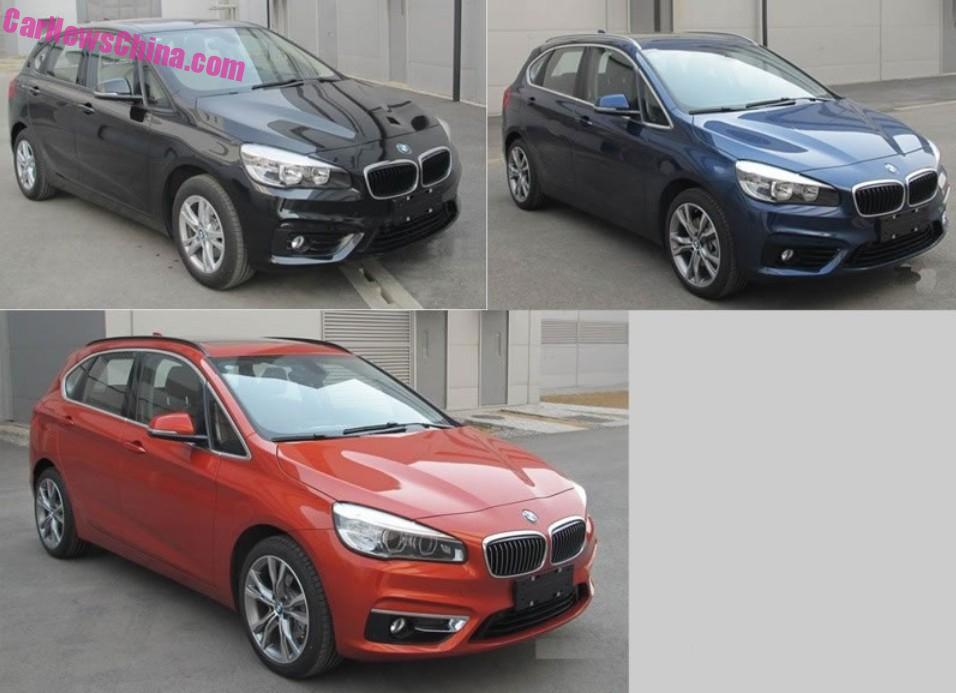 Presently, the Active Tourer is imported into China. Price starts at 270.000 and ends at 340.000 yuan. Local production will bring price down by about 20%. The 216i base model is not imported, so the range will start cheaper still, probably around 180.000 for a low-spec car.

The 2 Series active Tourer is based on the BMW UKL2 platform (wiki), which also underpins the 2015 Mini Clubman, which is based on the five-door Mini. This opens the possibility for Mini production in China in the future.