The Excalibur in the Mountains in China 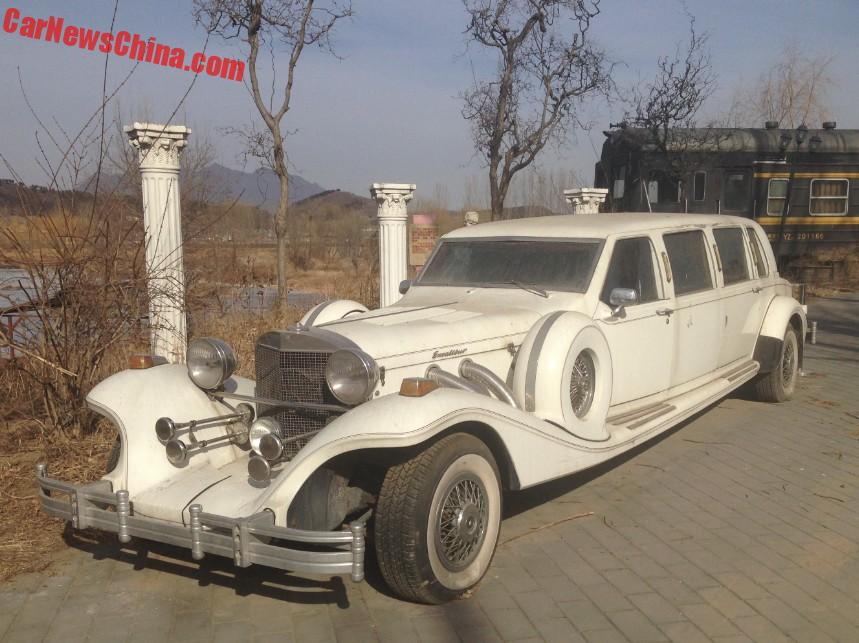 A wondrous white Excalibur Series V Gran Limousine, Spotted in China high up in the mountains to the far north of the capital Beijing. The giant ‘Bur was dusty and dirty to the max, but otherwise in a reasonable shape,  a bit of time and love and patience and money can really get this big retro sled back on the road again.

The lake can be seen on the first photo on the left. The Greek statutes and pillars are adding to the atmosphere of old but beautiful.

Couples normally hire a wedding photo company, big business in China, which arranges the locations and photographers. A one-day package with several locations costs some 1500 yuan ($230), and yes I have done that and been trough that, although at the time I didn’t know of the Excalibur. Otherwise my marriage would have been different…

Enough of that, let’s look at the train behind the ‘Bur. That’s a real train, converted to a hotel, which is completely absurd, because the nearest train station is like 50 kilometers away in Huairou City. I asked around and found that they did indeed pull the wagons up one by one with tractors from Hiairou, a job that took them the best of two weeks. I found that very impressive. I wish I had been there.

Anyway, when I finally was there and shot these shots, it was mid-winter and thus there was no happy couple or hollidayer in sight. No miss, I had the whole place to myself. A sleepy guard asked what the foek I was doing, but when I started my complicated explanation about my website and such, he lighted a cigarette and went back to his little shed. 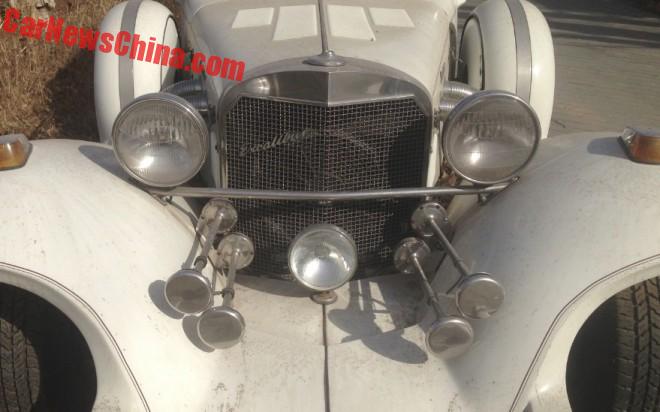 For the better he was! Look at that chrome, look at those horns, look at those lights and especially the single lights between the horns. What a brilliant artistry.

The Gran Limousine was an officially factory-made super stretched variant of the 1986-1992 Excalibur Series V Touring Sedan. Only 15 Gran Limousine limousines were manufactured from 1989 until the end in 1992 and at least two of those are in the Beijing area today. I met the other car downtown, with two retro friends, in front of a… wedding company. 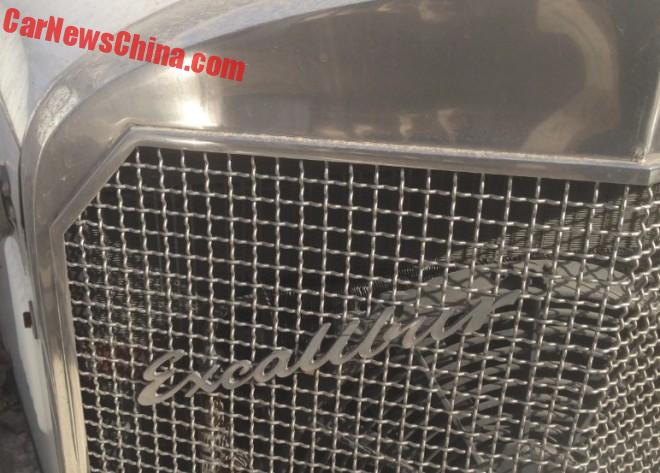 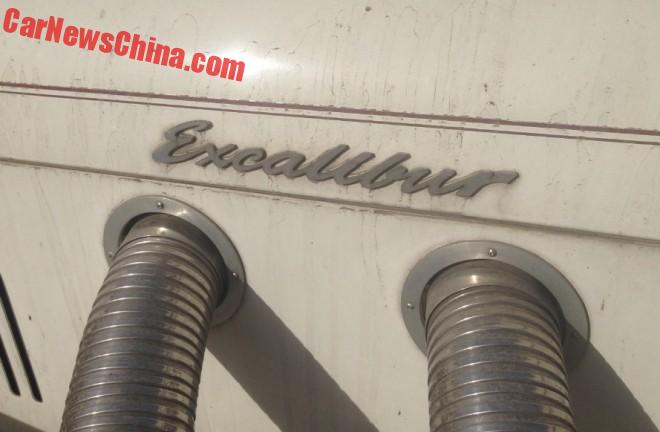 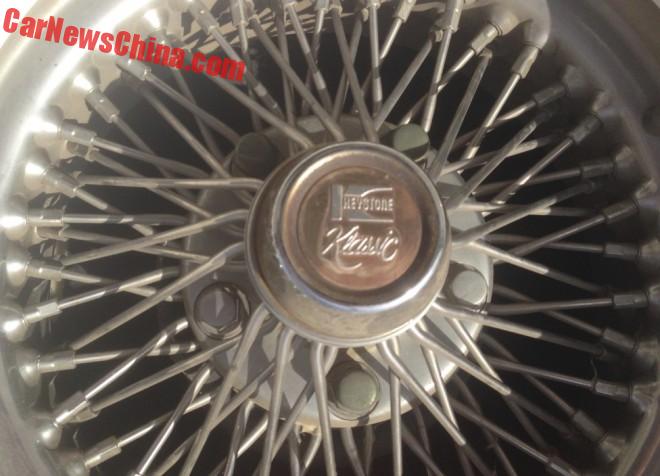 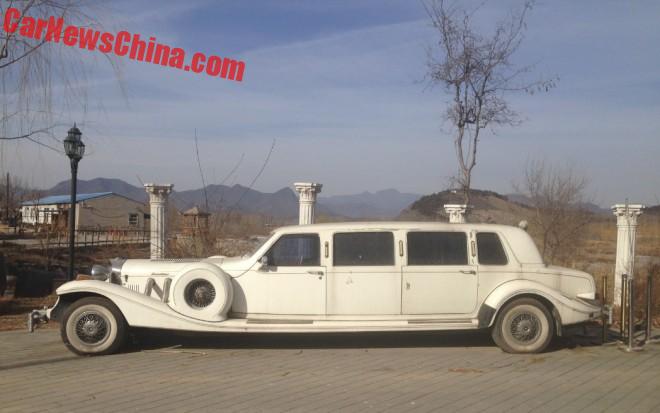 The limo in front of the pillars, the blue-roofed shed on the left is the dining room of the hotel in summer times, but it was closed when  was there. 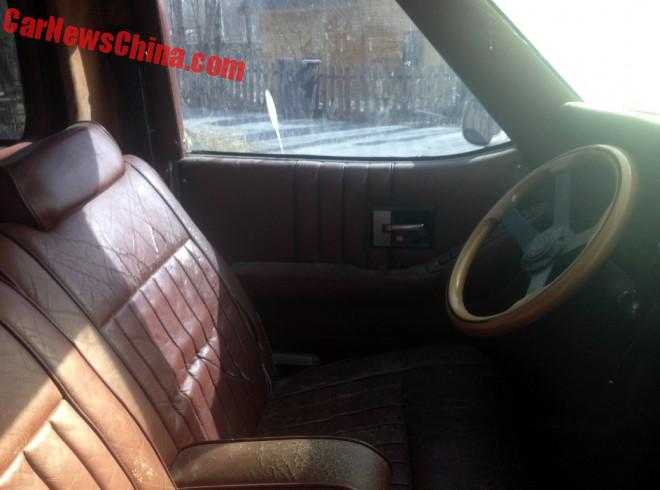 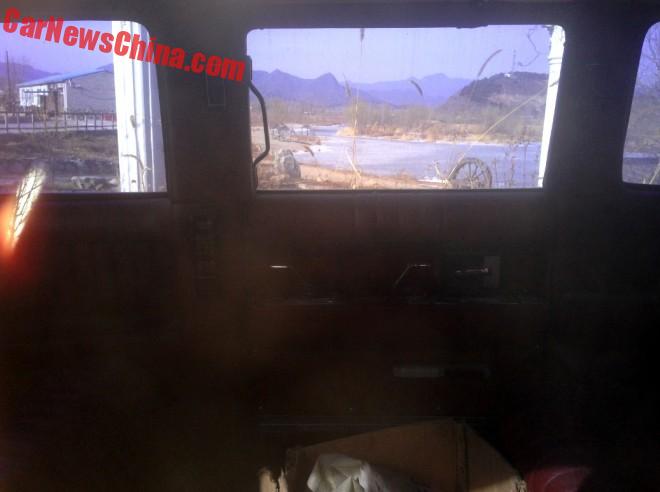 The rear area with the lake seen through two windows. The pic is not that good but it had a three seat bench on the right and two jump seats on the left (as on the photo). 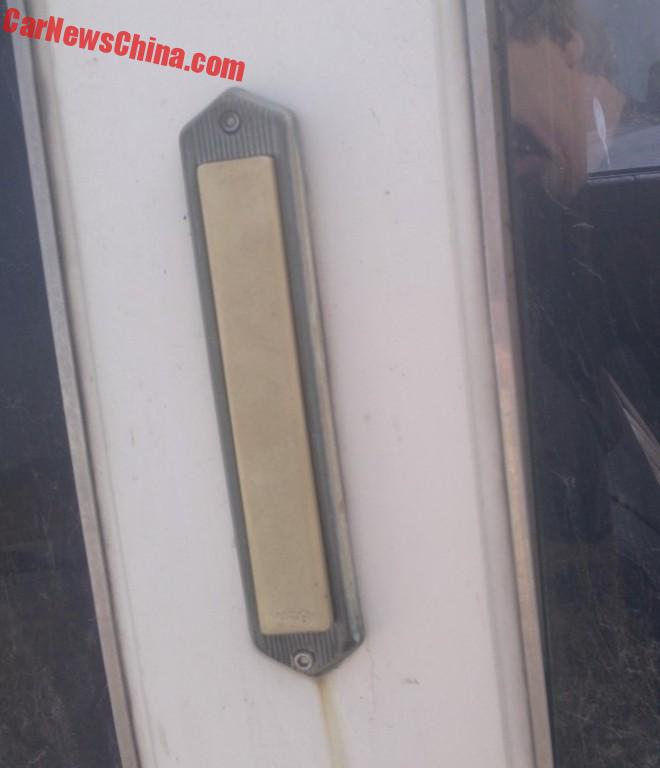 Retro-styled ornament on the B. 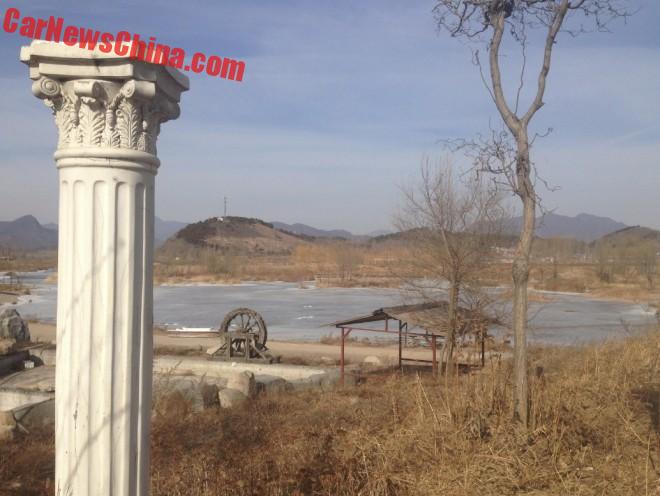 Retro-styled ornament on the mountain. The objects below, like the spinning wheel, are also props for wedding photos. 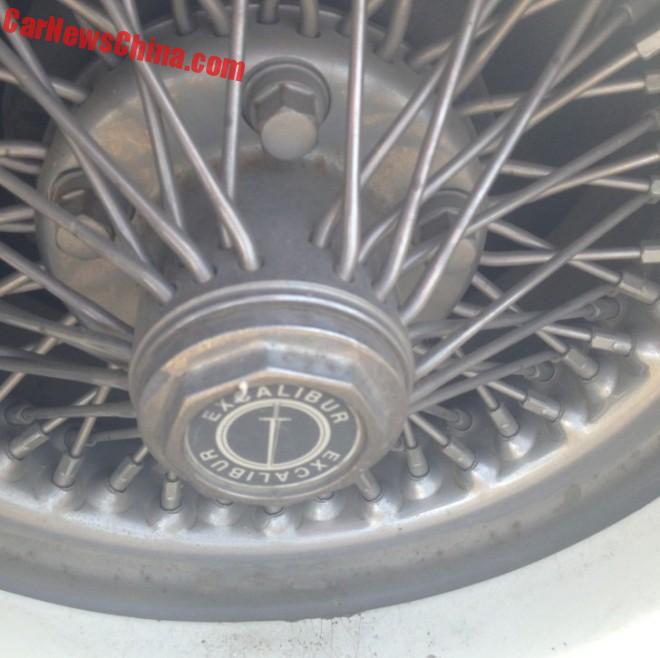 This wheel was marked as Excalibur with the sword logo. 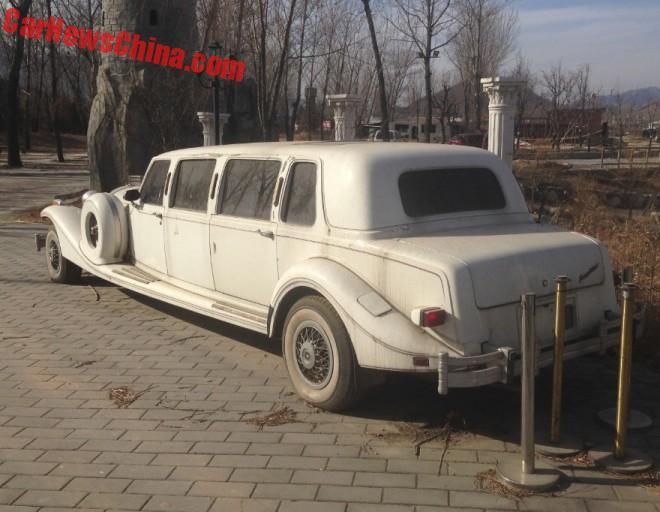 Tiny rear lights, and the fuel cap in the left-rear wheel arch. 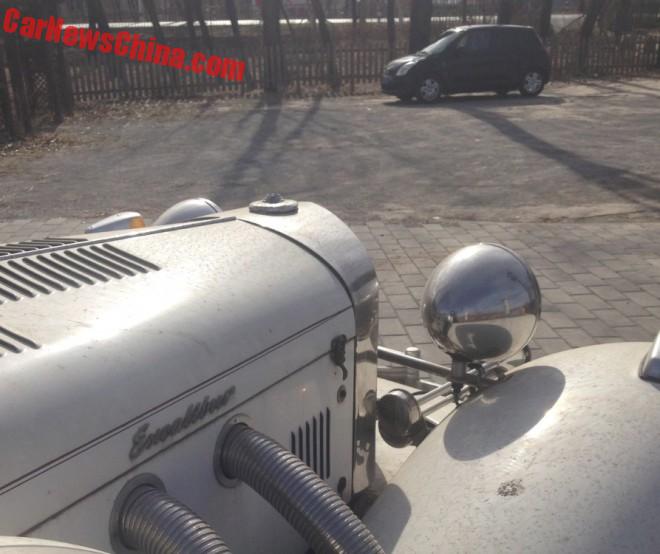 My wife’s Changan-Suzuki Swift in the background. Brilliant little car, takes us everywhere, never fails, never complains, parks in every space, and is actually surprisingly fast. 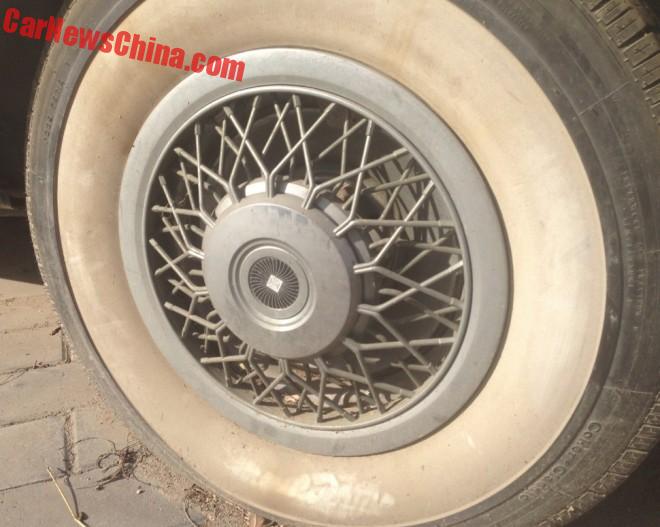 Yet another logo on yet another wheel. White wall tires! 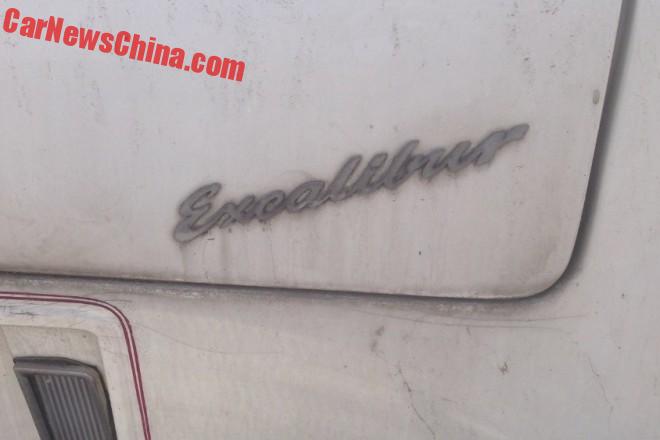 The Excalibur badge at the back, and a double red stripe around the license plate area. 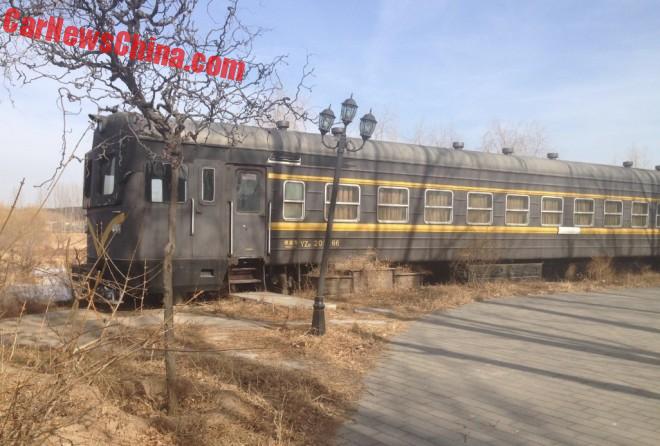 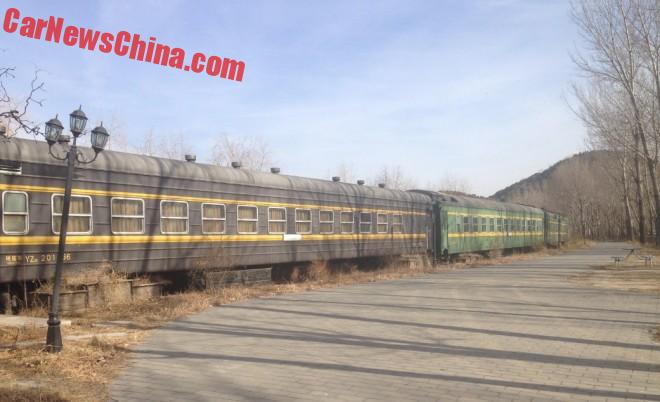 All eight wagons of it. 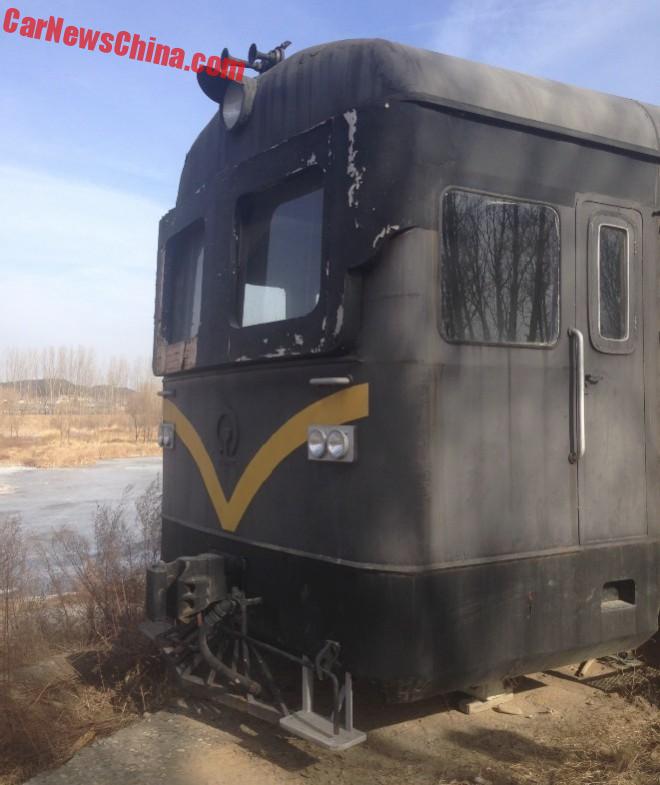 With a real locomotive. 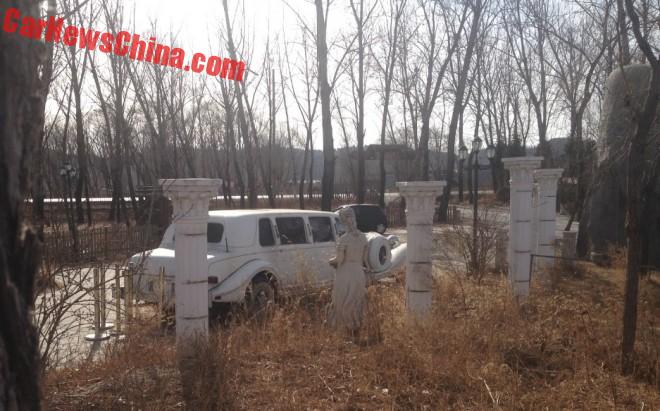 The Excalibur seen from the lake side. May she be the background for many a more love.