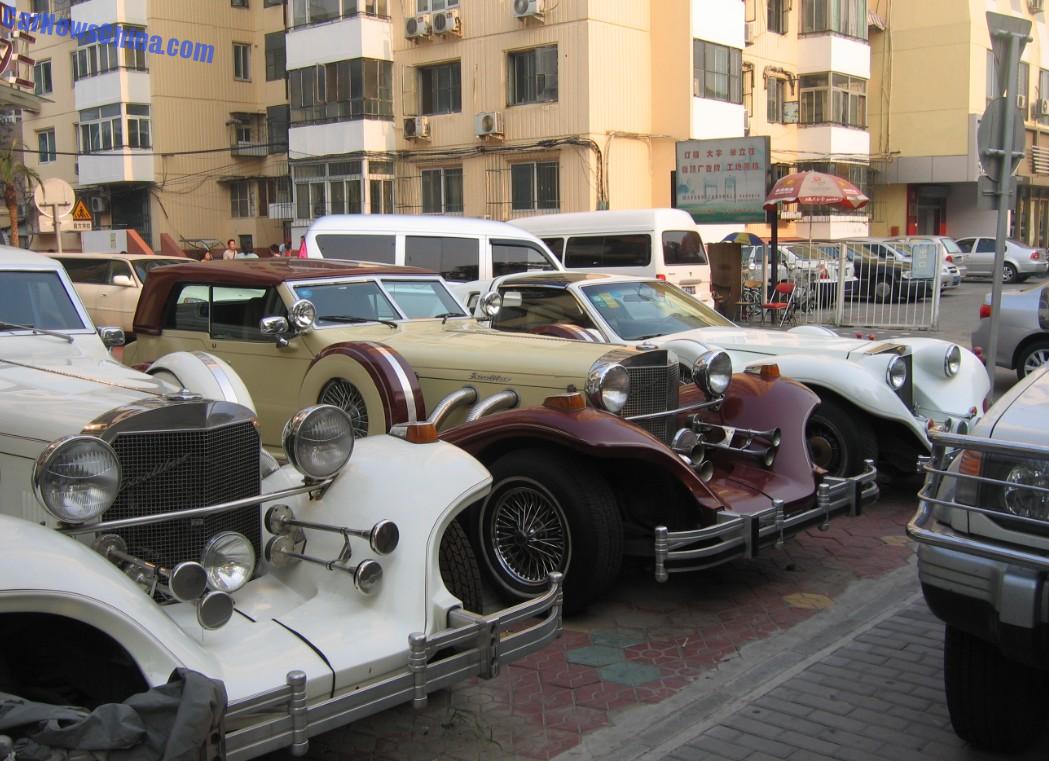 Today in Spotted in China thee beautiful & badass American neoclassic cars, seen in front of a wedding-planning company in Beijing where they are for rent for weddings. From left to right: Excalibur Series V Gran Limousine, Excalibur Series V Roadster, and an extremely rare Spartan Series II Phantom Coupe. They all hail from the crazy 1980’s when greed was good and cars were big, and they are in China now.

Starting with the giant Excalibur Gran Limousine; manufactured by the Excalibur Automobile Corporation based in Milwaukee, Wisconsin, USA. The company was founded in 1965 and went sadly bankrupt in 1992.

The Gran Limousine was an officially factory-made super stretched variant of the 1986-1992 Excalibur Series V Touring Sedan. Only 15 Gran Limousine limousines were manufactured from 1989 until the end in 1992 and at least two of those are in the Beijing area today. I met the other car up in the mountains a few months back. 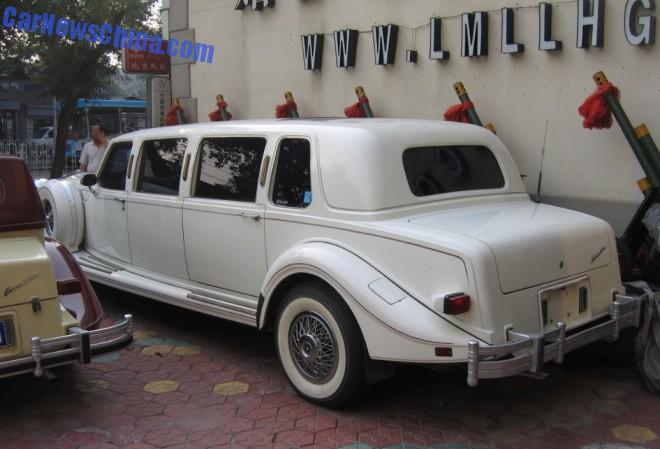 This particular car features darkened windows and white wall tires for a bit more neoclassic-feeling in privacy. The Gran Limousine is a truly grand car; measuring 7210/1950/1880, and wheelbase is a massive 5180. It was also very heavy with a curb weight of 2585 kilo. The engine thus had to be strong!

Note cannons on the left side of the vehicle. These are pretty real and used for to firing firework during weddings. The practice was forbidden in Beijing many years ago but it still happens a lot anyway, especially in the suburbs, and police doesn’t really care. The cannons are actually small beer for babies, a real man rather goes for a rocket launcher. 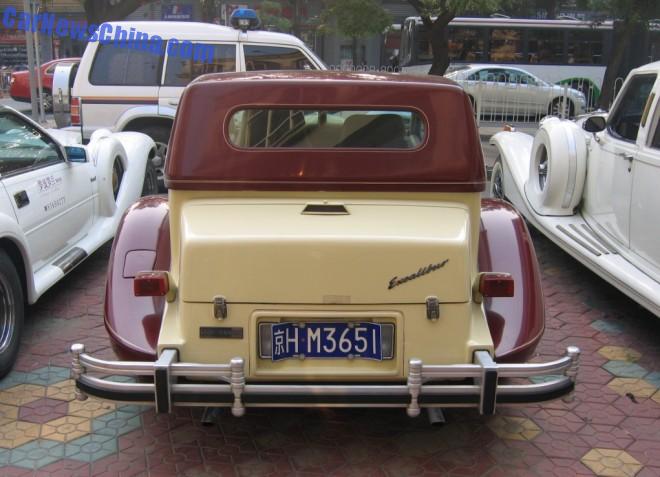 Moving on to the Excalibur Series V Roadster. We met this very car earlier on elsewhere in town so I will be brief here. The Series V Roadster was manufactured from 1986 until 1993 (small-scale production continued even after bankruptcy, but it was all over in late 1993).

Note police vehicle in the background. That is a Changfeng Leibao, a Chinese variant of the second generation Mitsubishi Pajero. It is still in production, alongside a slightly modernized version which s called Liebao Q6. Earlier on we met a Liebao fire command vehicle. 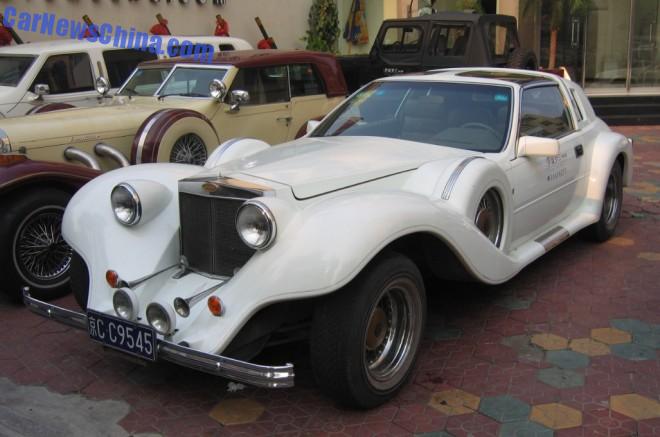 Moving on to my new favorite neoclassic car, low-slung and sleek, and much sportier than the Excaliburs. The Spartan Series II Phantom Coupe was manufactured by Spartan Classic Motors based in San Marcos, California (not to be confused with Spartan Cars, a U.K. company that was also in the roadster business). Production started in 1983 and some 300 examples were made until the company went bankrupt in 1989. The Spartan II was a kinda famous-people car; buyers included celebrities such as Eddie Murphy and Joan Collins. 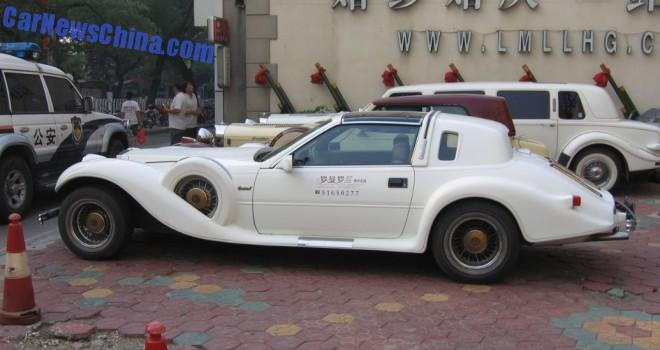 The Spartan II It was available with a fixed roof or with an ultra cool T-bar targa roof, such as this great white example in Beijing. Now for the best part: the Spartan II was based on the platform of the much-loved Nissan Z (!!!).

Both the 280ZX and 300ZX were available with a T-bar targa roof, and Spartan simply copy-pasted the windshield and roof section. The platform of the 300ZX was slightly bigger than the platform of the 280ZX, but wheelbase was the same so Spartan didn’t need to change much on the body. 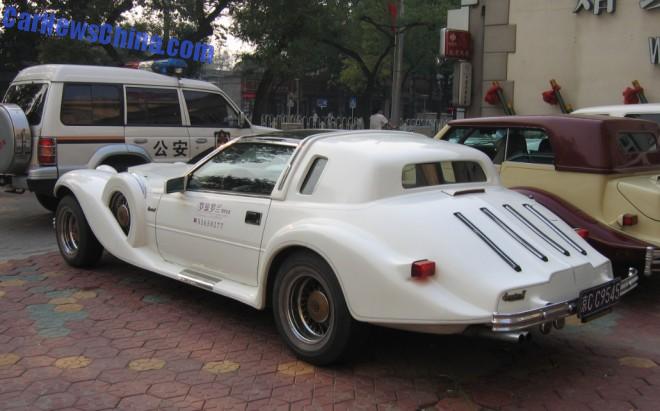 Two hundred horses might seem like a lot of power for a ‘roadster’, but the Spartan II was no lightweight, sporting a curb weight of 1550 kilo. Size: 5130/1890/1380, and wheelbase is 3200. That makes the Spartan II slightly longer that the Excalibur Roadster, but it is much lower. 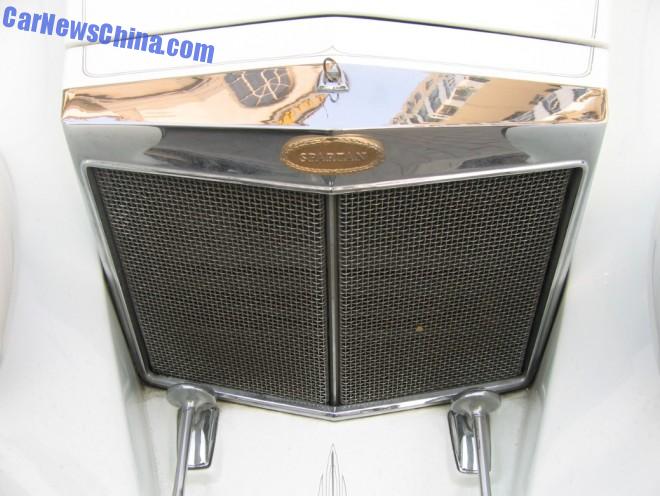 The Spartan grille ornament, depicting two crossed swords, is sadly missing, but the chrome is still shining like new. 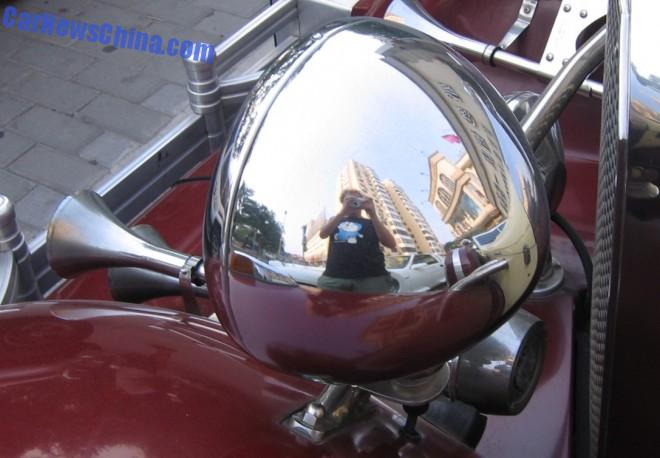 Three great American neoclassic cars in the Chinese capital, used for zillions of Chinese weddings and wedding photos. Yez, they are still very cool down here… May they last forever!