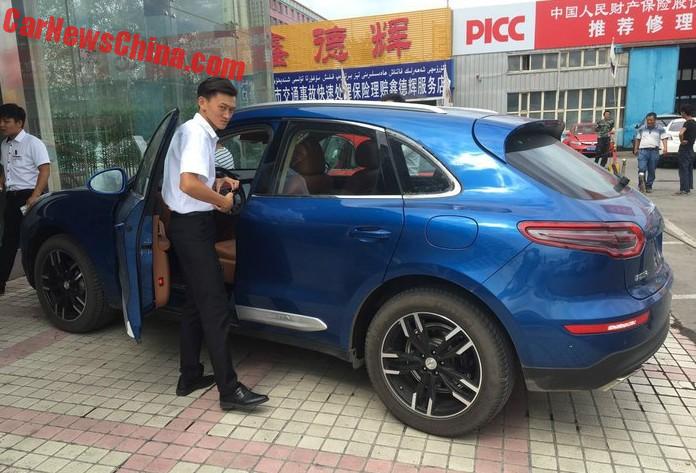 We have a shipload of new photos of the infamous Zotye SR8 Porsche Macan clone from China, showing blue and a red example in front of a Zotye dealer. They are late-test cars with some measuring equipment installed, but otherwise production cars. We can also confirm that mass production has started.

Porsche has said it might sue Zotye. Zotye is not afraid. The company got away with the the SR7 (Audi Q3), Damai X5 (Tiguan), and the Zotye T600 (Audi Q5), so they expect to get away with the Macan too, and they are likely right.Next up: the Zotye Damai X7, a clone of the Volkswagen CrossBlue Coupe concept.

In China you cannot claim purely numerical or alphabetical names, so everyone can call their car X7 or X5 or S80, so Landwind cannot sue Zotye for using the X7 name…

There is a load of roar about the SR8 in China, with some saying Zotye is a sh*t company that shouldn’t exist, others are applauding Zotye for standing up against a Western automaker (really). Others again say that the SR8 is Porsche’s own fault because the Macan is too expensive, others just see an attractive car for an attractive price. The discussion about the Landwind X7 was very similar, and in the end the X7 has become the biggest sales success for Landwind ever.

Even here in Beijing they are all over the place! Never seen much Landwind in the capital before the X7. Beijingnese considered it too cheap and too countryside. Well, no more. Zotye naturally hopes their SR7 will meet similar success. 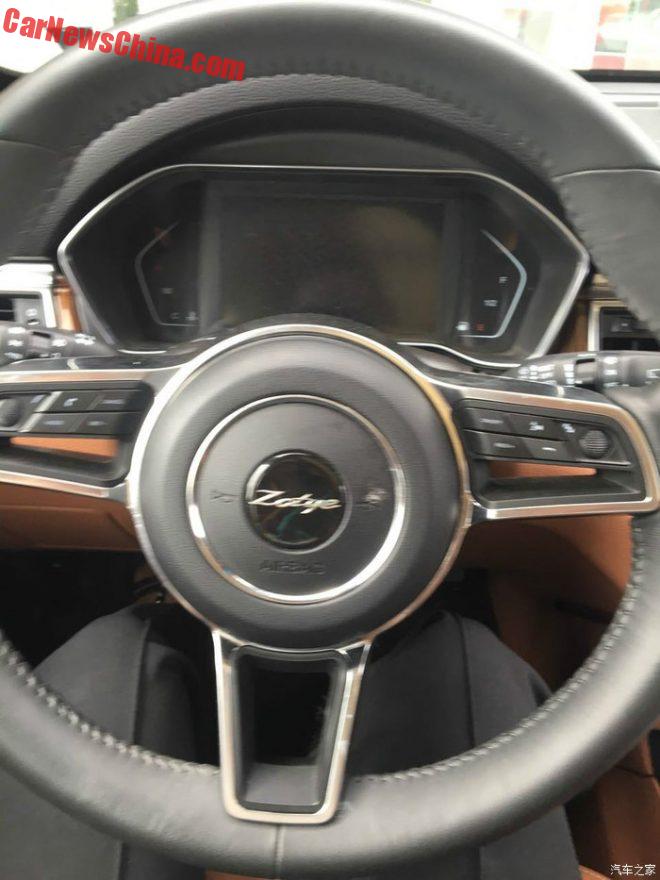 The steering wheel is nicked from Porsche too, but the digital instrument panel is Zotye’s own. 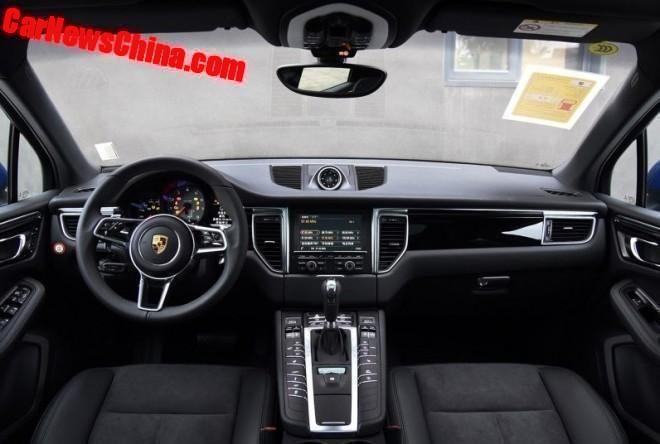 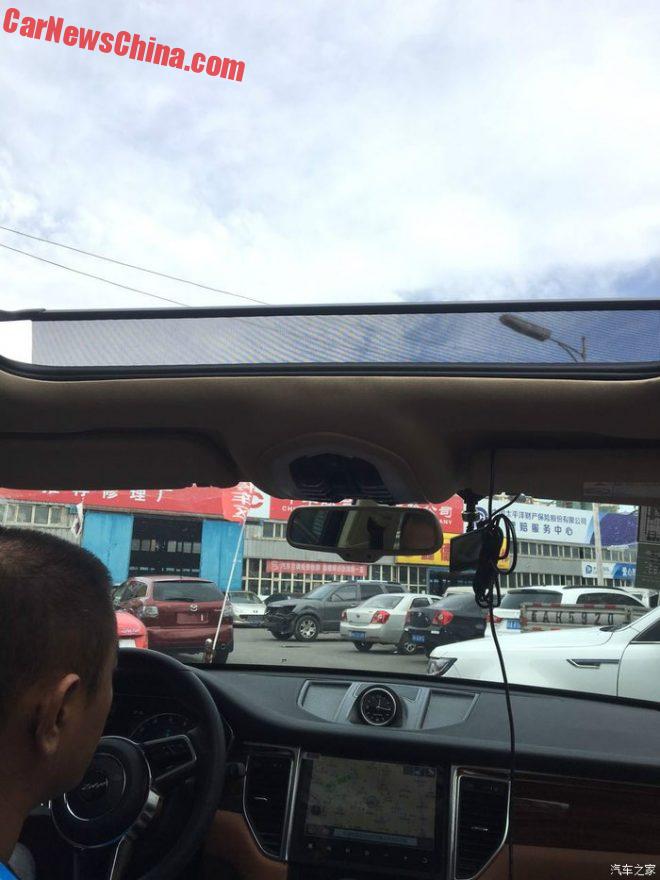 Note the shape of the panel around the mirror. Exactly the same as in the Porsche. We hadn’t seen that one yet! Lap timer of dash top became a clock in the Zotye. Also see the large digital dial on the instrument panel, that looks properly cool, and Porsche doesn’t have that. 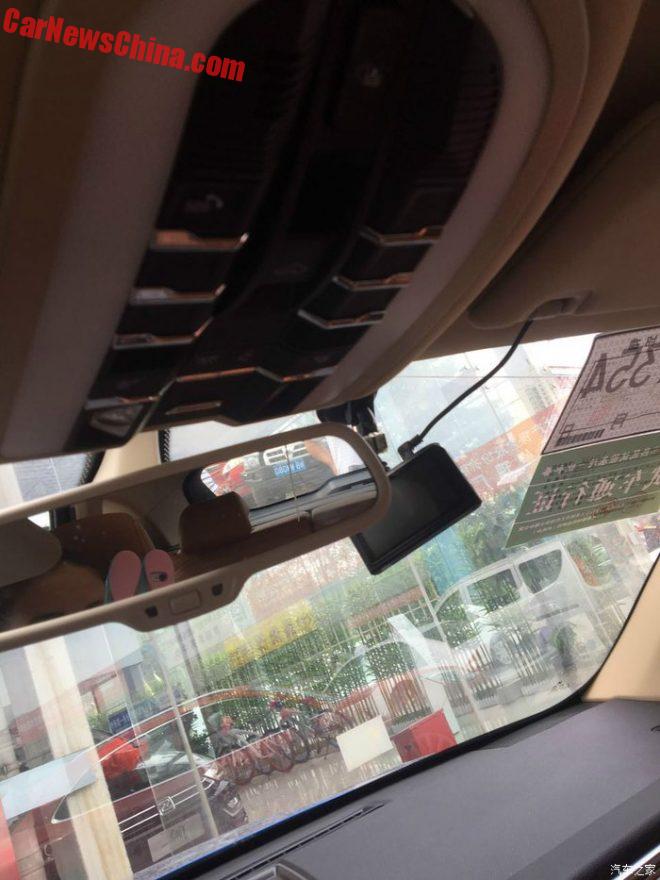 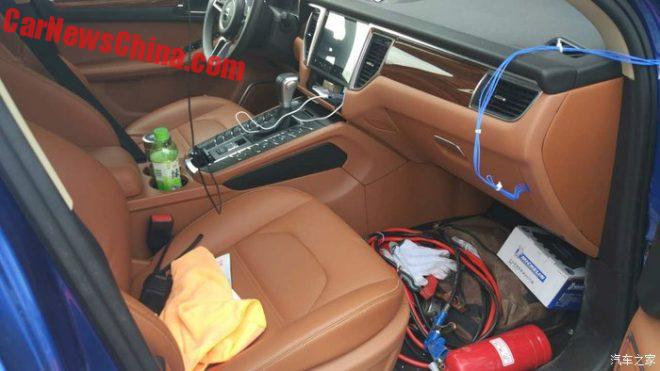 Overall shape of the dash is a near-100% copy. Quality and materials seem rather good for a Zotye. 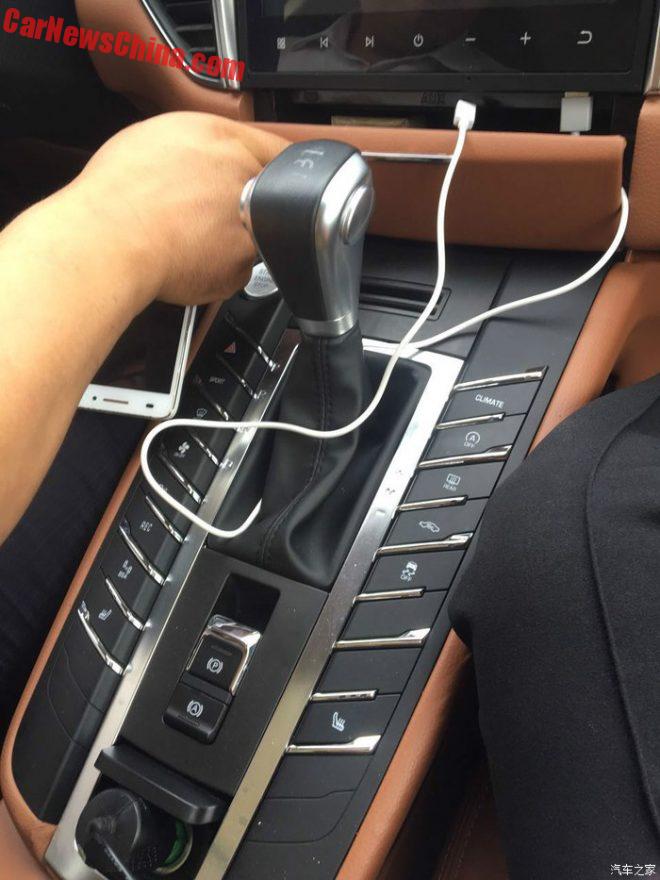 Panel around the gear lever is just like in the Porsche again, but the lever itself differs. 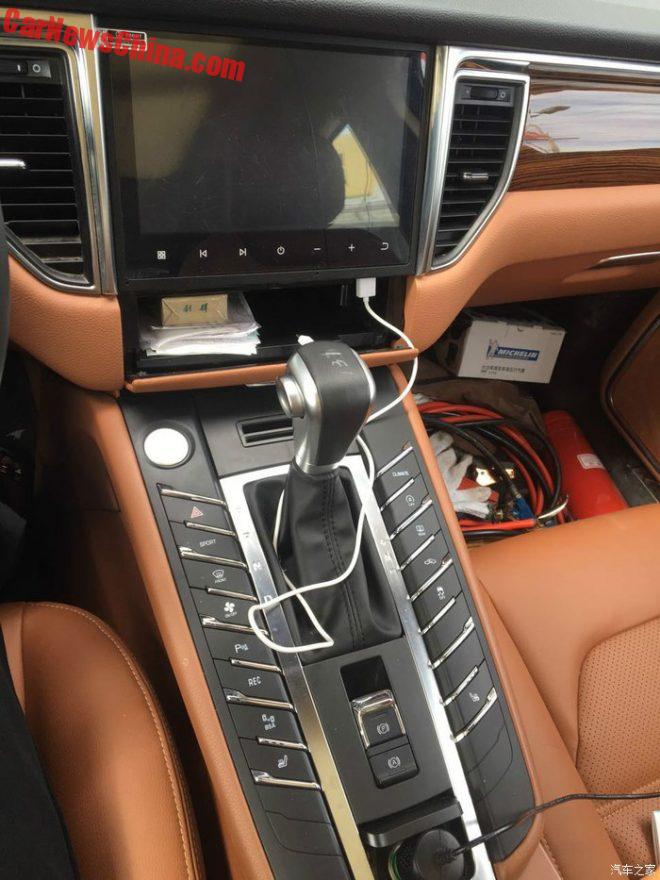 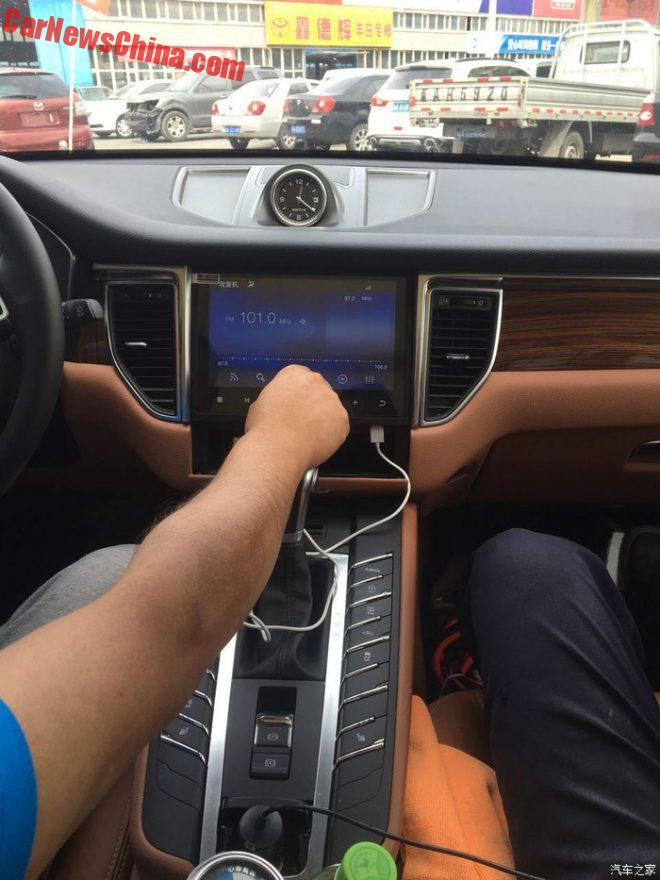 On the move. Graphics look good. 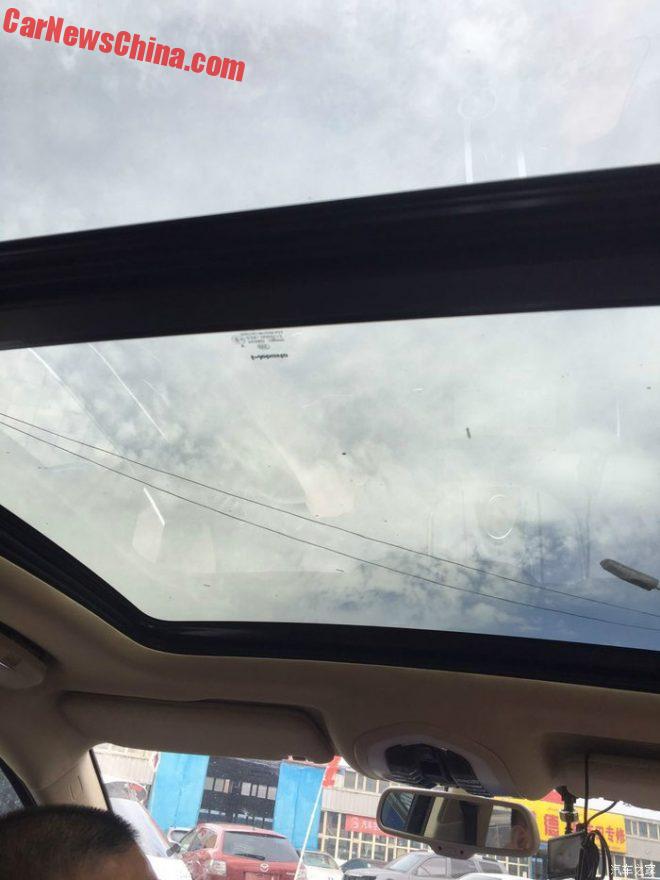 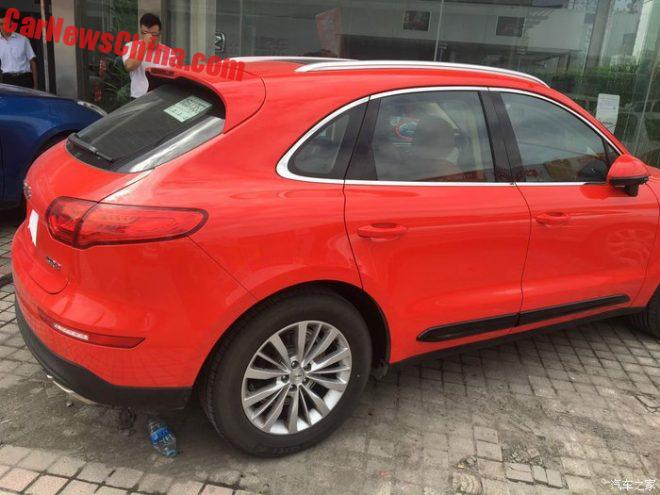 This is really not a Macan. 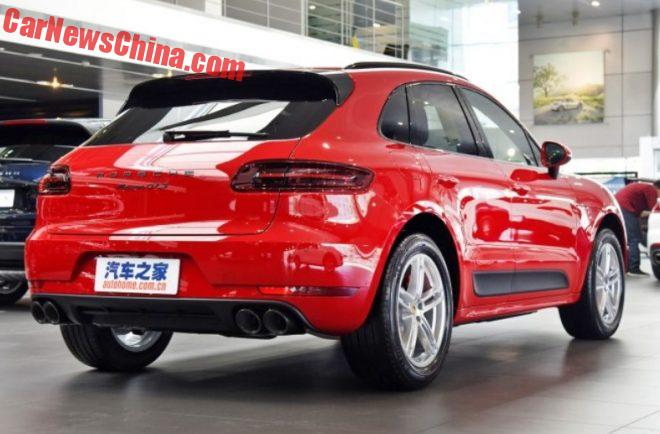 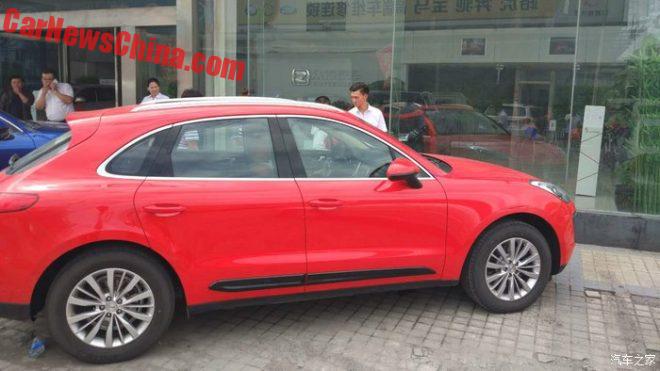 And this is not. They even stole the design of the rear spoiler. And the mirrors, and the door handles. Everything! 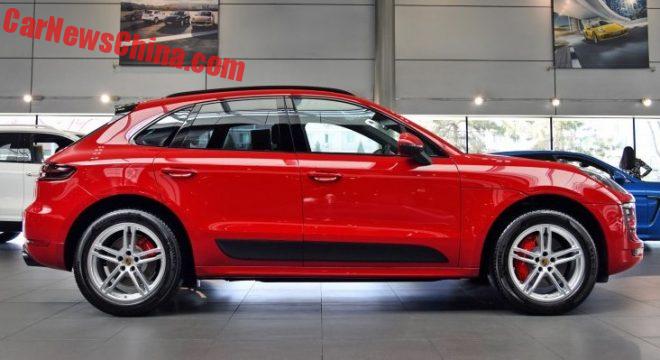 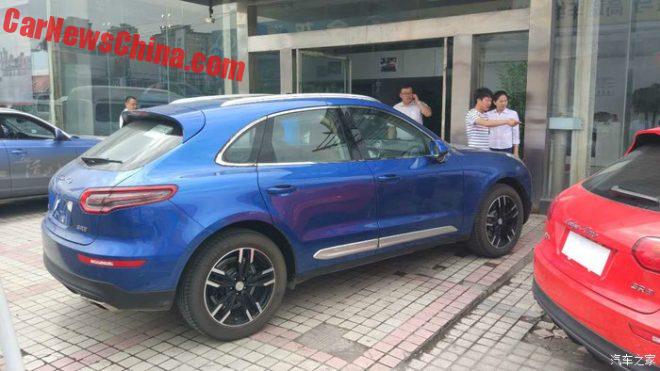 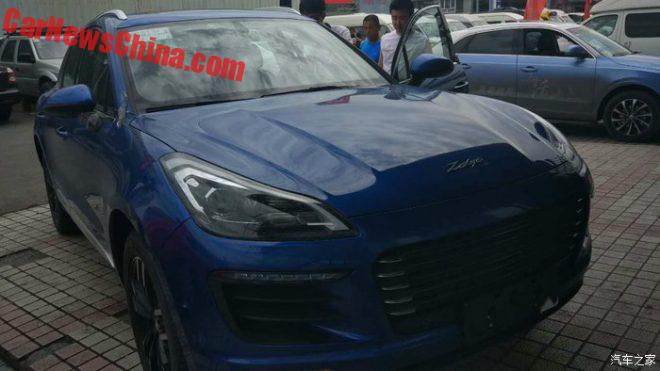 Zotye added, in a storm of creativity we suppose, a new grille, lights, and bonnet. 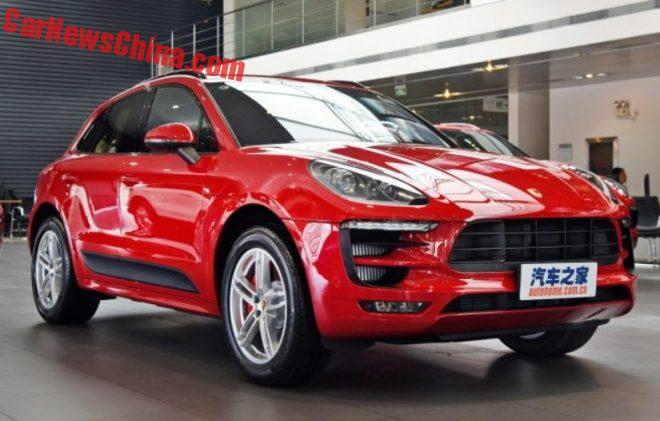 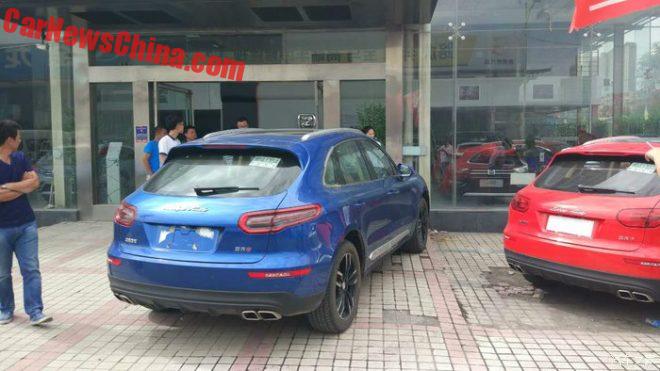 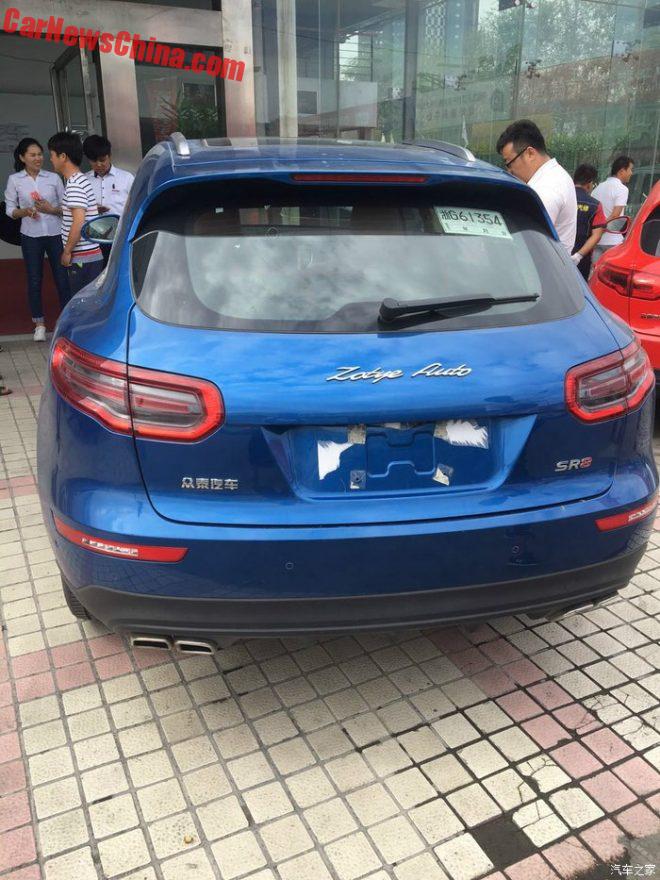 They are somehow not in balance. Ugly. 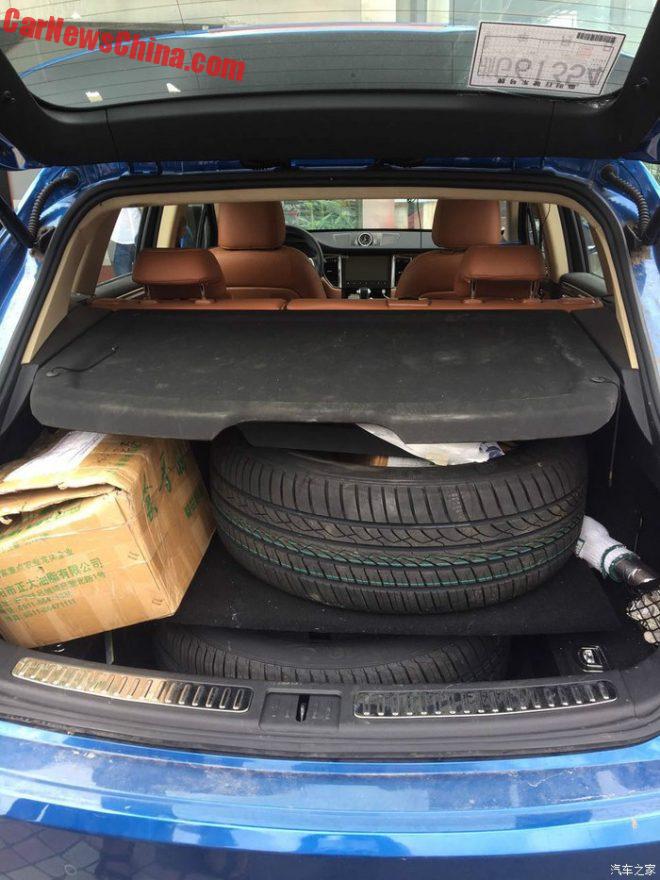 Those are hefty tires, likely for off-road testing. 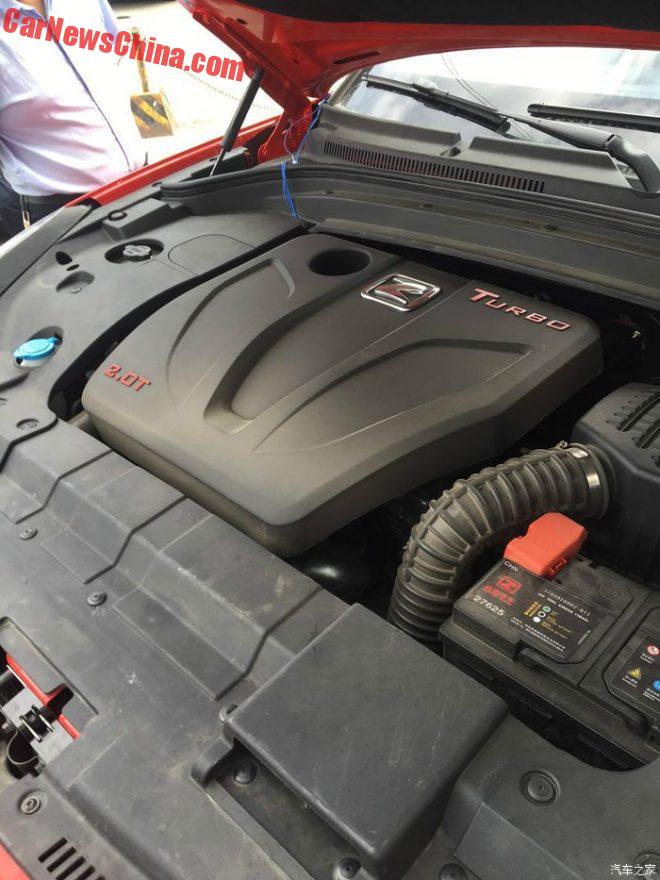 The 2.0 turbo, neatly covered in the engine bay.

More SR8 on the way.