Porsche considering Legal Action against Zotye for Copying the Macan 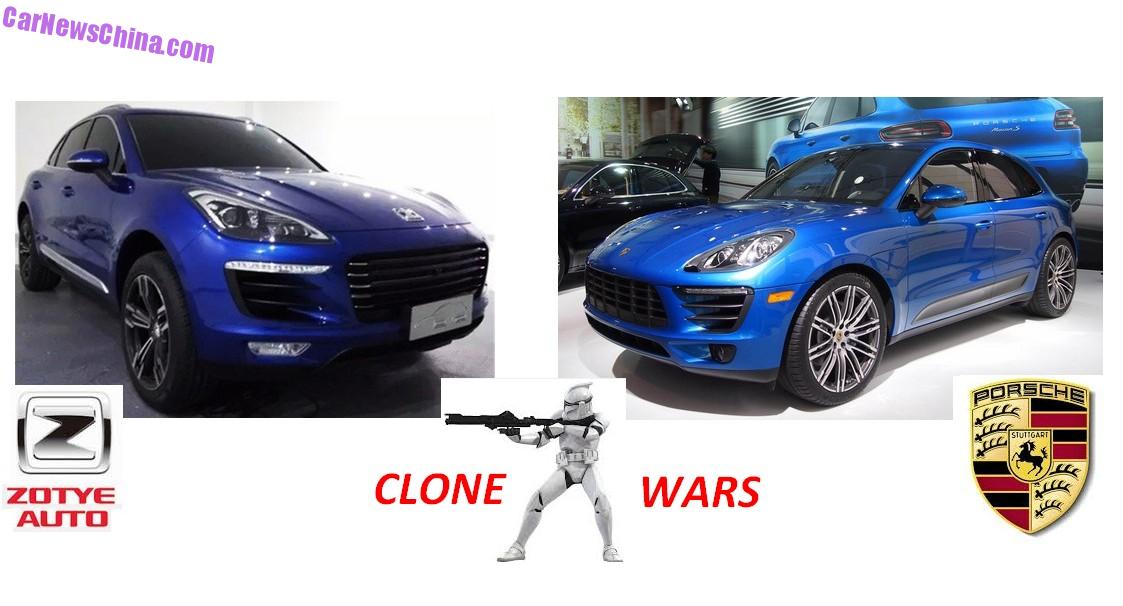 German magazine ‘Automobil Produktion’ says Porsche is considering legal action against China’s Zotye Auto for copying the Porsche Macan, quoting the ‘Porsche Press Office’ and our original article that brought the Zotye T700 to the wider world, and to Germany.

Said press office said the ‘matter’ is currently researched and reviewed by Porsche’s various legal departments, and that a final decision about legal action will be made after this process is complete.

[analysis] The copy game is back on full steam after Landwind got away with the infamous X7, a copy of the Range Rover Evoque, that will be launched on the Chinese car market next month. Jaguar Land Rover (JLR) didn’t even bother to go to court, as they expected to loose anyway.

It is however all but certain that Porsche will loose as well. Much depends on how and when exactly did Porsche apply for patent on the Macan in China. If they did everything according to the Chinese law, which is famously vague, they sure have a chance. The Porsche name will help too, especially when fully backed by Volkswagen, one of the largest investors in the Chinese automotive sector. Furthermore, the Zotye T700 seems far from finished at the moment, giving Porsche time to work out a strategy.

JLR wasn’t very awake. We had the X7 patent drawings all the way back in April 2014, but they only started considering legal action after they saw the Landwind X7 debuting on the Guangzhou Auto Show, when it was completely finished and ready to roll. That was, too late.

Until the arrival of the X7 the worst of China’s copy-days seemed over, but now many more clones are expected to appear in the near future. Zotye however has always been first in the cloning class: the T600 mixes Tiguan and Q5, the Damai X5 is a Tiguan, the Z700 looks like an Audi A6, especially inside, and the Z300 is a Toyota Allion. [/analysis]

The Zotye T700 will be powered by a 177hp 2.0 turbo and by a yet mysterious new 3.0 V6 turbo that is currently under development.