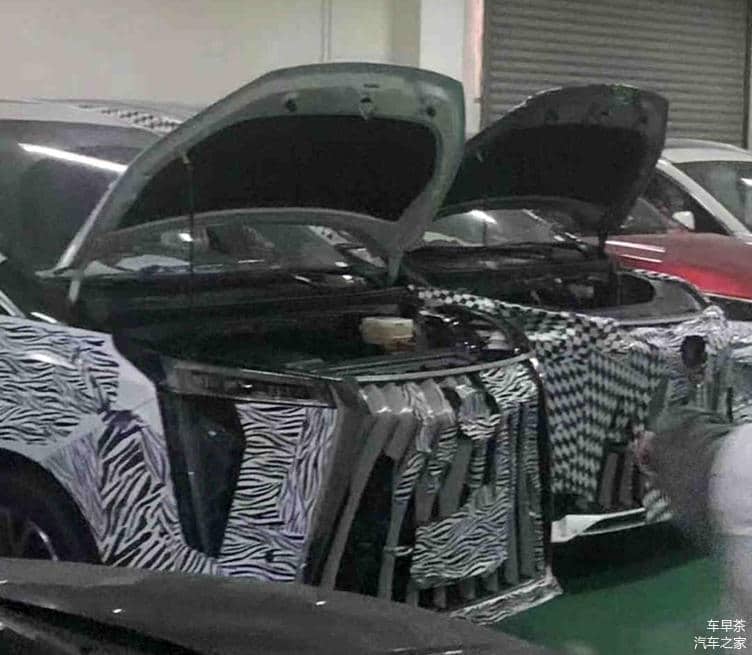 In the face of increasing competition, GAC are coming out swinging in their bid to keep the Trumpchi M8 high up on MPV buyers’ shopping lists, as these spyshots prove.

2022 is proving to be the Year of the MPV with stalwarts Buick refreshing their popular GL8 and new players like Denza, Hongqi, and Voyah entering the market.

But where does that leave GAC, whose Trumpchi M8 is a commonly seen alternative to the ubiquitous GL8?

The latest spyshots give us some indication of what the brand has in store, and it could mean a couple of surprises.

The first thing to note is the presence of two very different faces on the front of the models spotted so far, and this is where it gets interesting.

Could GAC be be about to go full electric on the M8? The evidence here suggests yes, and not a moment too soon given the wave of EV MPVs surging into the M8’s territory.

The current M8 comes in two varieties: Normal and Master, which serve different markets. Much like the highly sought after Toyota Alphard, the Master is the luxurious version with seats for four and a screen between the front and rear passengers.

Some online sources suggest that the version with a less dramatic grille and horizontal slats will be the normal model, which would match the current format, but such scant use of ventilation certainly suggests an electrified drivetrain is an option.

Either way, the M8 will clearly be a big boy in this market. The current model measures in at 5,066mm (normal version) and 5,149mm (Master version) long, 1,923mm wide, and 1,822mm tall. We fully expect the new model to bump these measurements up a little, likely reaching over 5.1-metres long for the normal version and around 1.96-metres wide like other rivals.

Looking at the M8 from the rear, we can see that the new version is going to be very large indeed, with deep doors and a squared-off stance.

The horizontal lightbar from the current model will remain, but the outer light clusters will become vertically-orientated and cut deep towards the bumper.

There’s no sign of a tailpipe on this image but that isn’t necessarily proof of no combustion engine as it could just be hidden deep under the rear.

What is clear is that sliding doors will feature on both sides, most likely electrically-operated. We can also see what looks like a rising crease line along the sides cutting through the rear wheel arch.

Additional details include vertical light clusters under the headlights on both model faces.

Here the Master version gets a more complex, diamond-style pattern, while the Normal version appears to get a frosted look. The unusual shape suggests it may be broken or incomplete in the picture.

Both styles get matching headlamps in a much less dynamic shape then previously with a 90-degree boomerang shape running light built in.

As with most MPVs in this market, liberal use of chrome will likely feature all over the car.

Turn Up the Interior

Currently we only have images of the cockpit which has certainly taken a turn towards the premium.

Multiple screens are the norm now and the M8 offers three, with two smaller screens ahead of each occupant and a larger built-in unit in the centre.

As on the Denza M9, the GAC M8 goes for the connected central tunnel with storage space and a couple of charging ports underneath.

Updates to the steering wheel reveal a more upmarket offering with greater use of silver highlights and several buttons and toggles for various functions.

The pricked leather seat upholstery suggests heating and ventilation will be available and we wouldn’t bet against massage functionality too.

Note also the use of colour in these images, with a red dash top and yellow central tunnel. We highly doubt the yellow cental tunnel will make it to production, but a dual-colour interior option wouldn’t be unusual in this sector.

This shot of the interior looks to be from the Normal version where a split-fold rear bench is present in the third row, all but confirming a 2+2+3 formation.

Obviously the M8 isn’t even on sale yet but we at least have some precendent we can refer to in terms of prices and specification.

Given GAC’s production agreements with Toyota in China, it’s highly likely that at least a hybrid version of the M8 will debut with a 2.0-litre turbocharged engine combined with the Toyota Hybrid System, in the same way deployed by the GS8 SUV.

We can also expect a standard 2.0-litre turbo petrol version with an 8-speed gearbox to keep the usual ICE option in use.

As for an electric version, we wonder if GAC might borrow powertrains from the GAC’s AION brand which is doing pretty well in the mainland. Let’s see.

We believe the launch of the new M8 will take place in the fourth quarter with prices rising in line with the improvement in quality and powertrains.