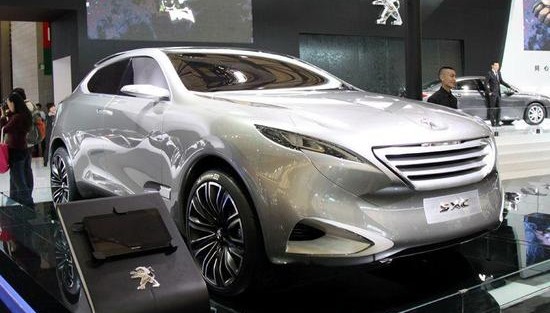 Peugeot was impressed by response to the SXC Crossover concept that debuted at the Shanghai Auto Show. The SXC was designed in China by a Chinese design team. Peugeot now decided to develop a new full size SUV concept for the 2011 Beijng Auto Show. That car is a preview for a real big Peugeot SUV, likely called the 6008. It’ll be over 5 metres long and aimed straight at the Audi Q7 which is very succesful in China. Engines: 3.0 V6 and a hybrid. Most Q7’s sold in China are V8’s, there is no sign yet Peugeot is developing one for the 6008.