Man in China tries to buy Car with Coins 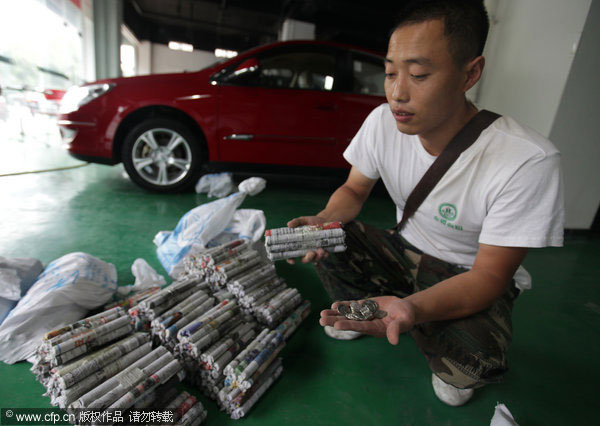 A man surnamed Wang shows the 60,000 yuan ($9,132) of coins he used to buy a Chery car at a car dealership in Xianyang city, Northwest China’s Shaanxi province, August 1, 2011. Wang, who is a flour wholesaler, used a van to transport the seven sacks of coins, which he had amassed through flour sales to business clients including steamed bread shops and noodle manufacturers. 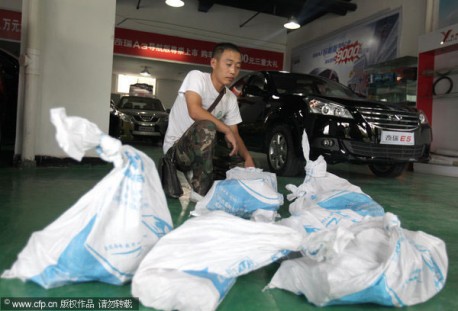 In his work, he collects around 10,000 yuan of coins each month. The large numbers of coins comprised of one-yuan, 50-cent and 10-cent denominations, and together they weighed about 300 kilograms. 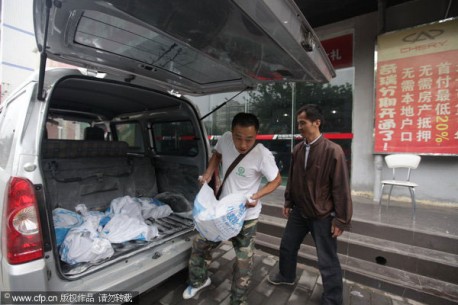 The car dealership had trouble finding a bank to receive the unusual payment, as counting it was not easy, and only one bank agreed to receive just 15,000 yuan of the coins and had started counting them. Meanwhile, Wang cannot drive the car he wants to buy out of the dealership until all the coins are received and counted by banks. 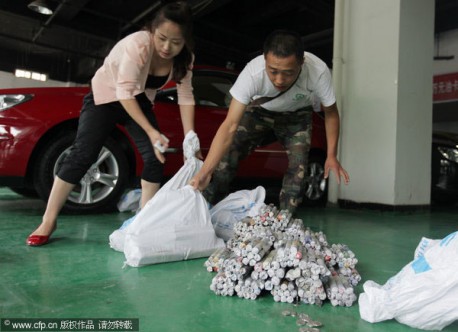