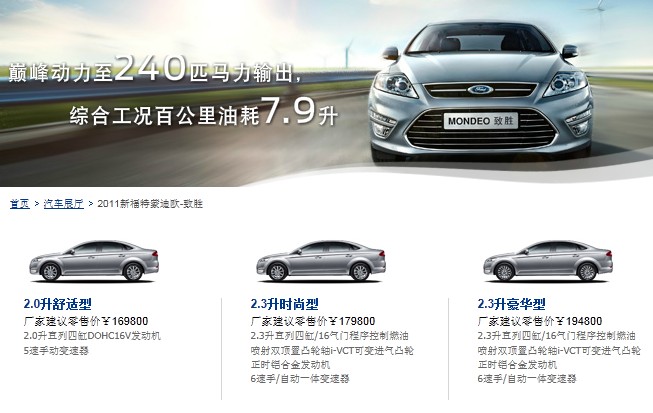 Ford China reports a 8.8% increase in sales, despite the fact that in the past months both sales and production volumes are registering results below analysts expectations.

Since the beginning of the year, specifically in January – October period, Ford sold 426,814 vehicles compared to 392,152 vehicles sold in the same period last year.

Among the reasons that rose Mondeo on the list of the most bought cars in China are its technical characteristics which offer up to 20 percent better fuel economy and 15 percent reductions in emissions.

Ford intends to continue its expansion in China and will bring 15 new models until 2015, equipped with the newest industry technologies.