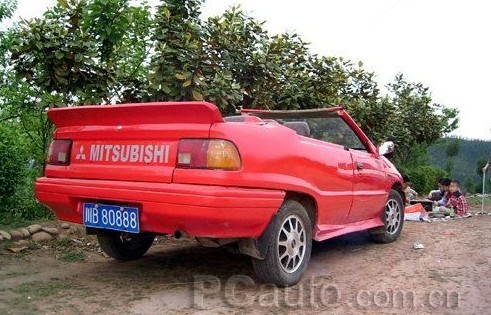 A very rare car again, actually, there is likely only one. This is a self-made convertible based on the Xiali TJ700 hatchback which was a licensed copy of the Daihatsu Charade. The person who made this mad machine didn’t take it easy, he removed the rear doors, took the roof off, welded everything back together again, added a rear wing, and added Mitsubishi-badges. 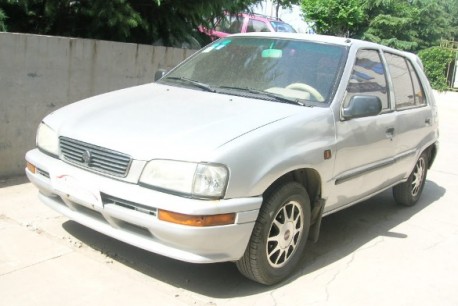 Standard car, the TJ7100 AL to be precise. Made by Tianjin-FAW in the great city of Tianjin. The old TJ7100-series are most famous for being the most popular taxi in northern China in the 90’s and early 00’s. 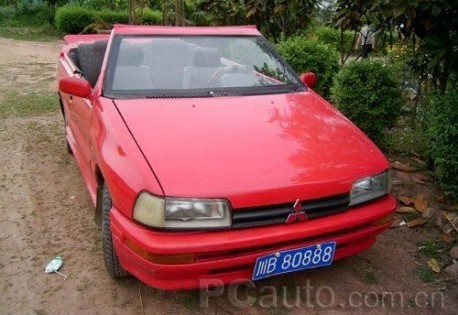 There is no roof so if it rains, well, then it rains. Car resides somewhere in southern Guangzhou Province. Note plate, it has four 8’s, 8 is a lucky number in China. 4 however is a very unlucky number. On balance, this man will not be lucky and not be unlucky. 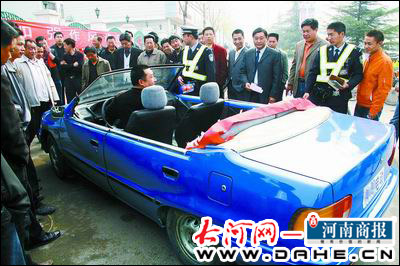 There was at least one more Xiali convertible but this one still has its four doors. According to the story this particular car was stopped by police in the great city of Zhengzhou in Henan Province. After inspection police decided the Xiali was ‘modified without authorization’ and therefore had to be scrapped, the owner got a 1500 yuan fine on toppa that.’