New Audi A6L is Out in China 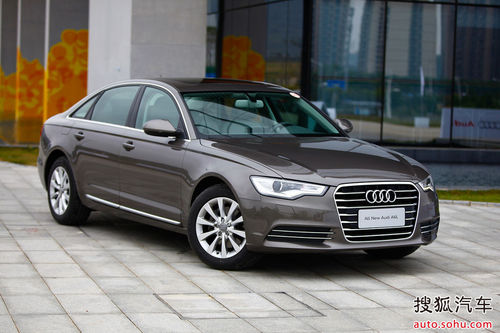 After zillions of spy shots we finally have the first real pics of the new Audi A6L, it will debut on the Beijing Auto Show next month and it will be listed on the China car market soon thereafter. The Audi A6L is made in China by the FAW-Volkswagen joint venture, it is stretched by 10 centimeters in the middle to create more room for the passengers in the back. Price will start around 360.000 yuan. 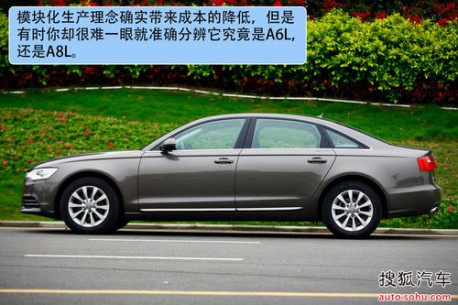 The Audi A6L has to compete with cars like the Mercedes-Benz E-L, the BMW 5Li and the Volvo S80L. Audi however was eight years ago the very first automaker to bring a China-only extended automobile to the Chinese market. Audi also sells the A4L, a locally made extended A4.

Audi will completely change its name-suffix system in China. The 3.0 TFSI becomes 50 TFSI, the 2.5 FSI becomes 30 FSI, and the 2.8 FSI becomes 35 FSI. All the other Audi’s that are available in China, locally made and imported, will get the new names as well. It seems a confusing system and by now it still ain’t clear why Audi makes this change. 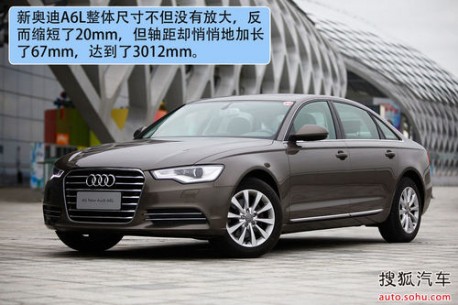 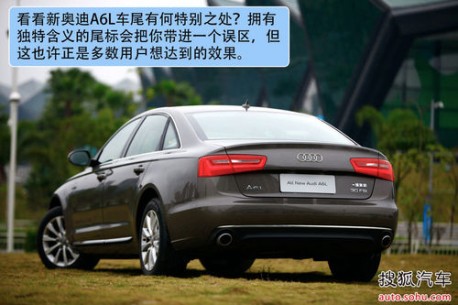 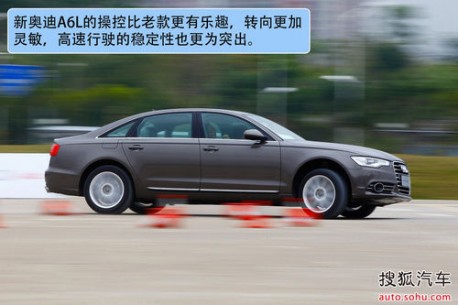 Hitting it around the corner, body-roll minimal. 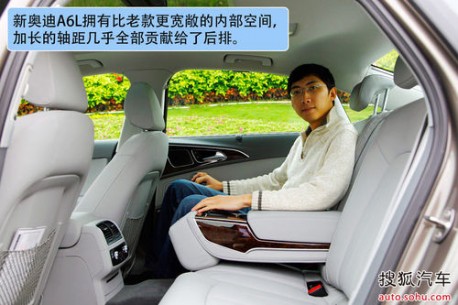 Seems more than just 10 centimeter, I wouldn’t be surprised if the seats are slightly shorter to create the impression of more space. This is fine since most Chinese car buyers are not as tall as European or American buyers, unless you are talking about Yao Ming… 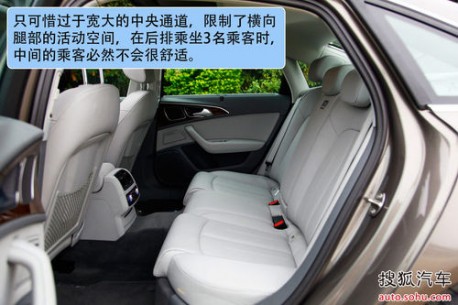 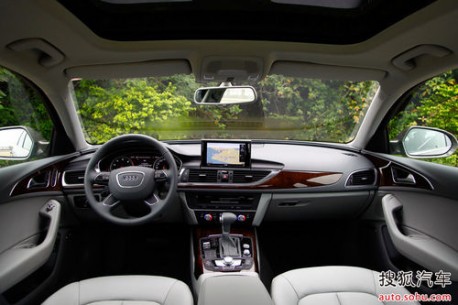