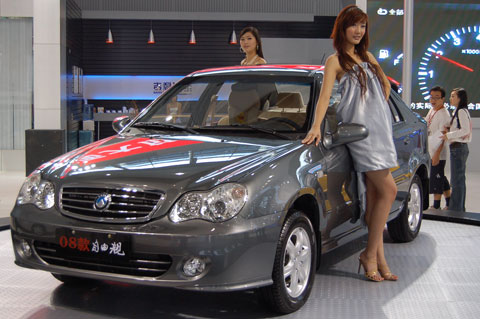 Net income rose to 1.54 billion yuan ($244 million), or 0.19 yuan a share, from 1.37 billion yuan, or 0.17 yuan, a year earlier, Geely said in a statement to the Hong Kong stock exchange yesterday. That beat the 1.47 billion yuan average of 21 analyst estimates compiled by Bloomberg.

China has stepped up efforts to help Geely and other local automakers facing increased competition from foreign rivals such as General Motors Co. (GM) and Volkswagen AG. (VOW) The industry regulator has included 19 Geely models on its list of cars that government agencies can buy, shutting out overseas producers.

Geely’s vehicle sales rose 1 percent to 421,611 units in 2011, lagging behind the 5.2 percent gain of the passenger-car market in the country. The company is targeting a 9 percent increase in sales to 460,000 units this year, it said in January.