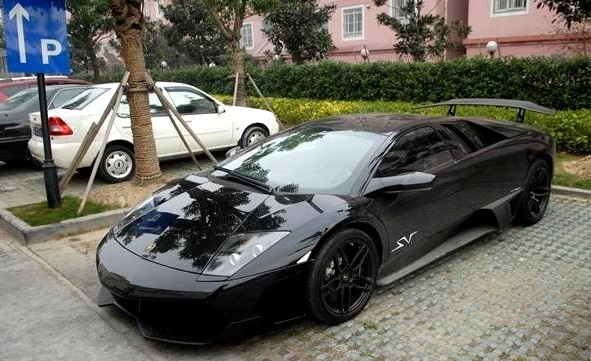 Here we have a very fine Lamborghini Murcielago LP 670-4 Super Veloce in black, seen in the great city of Tangshan in Hebei Province. The Murcialgo SV was made in 2009 and 2010, total production was only 350 cars. 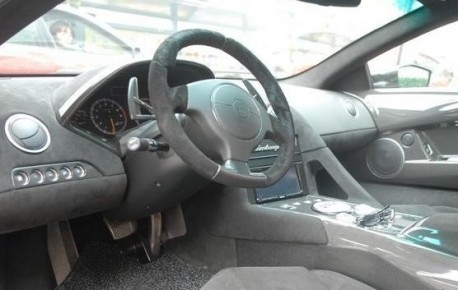 Alcantra all over. Power came from a V12 with 661hp and 660nm, good for a 336 km/h top speed if the Aeropack wing is fitted, as it is on the car on pics. As far as we know there are at least three more SV’s in China; an orange car that hit a bus, a stealth-grey car that lives in Beijing, and a very yellow car from Shenzhen. 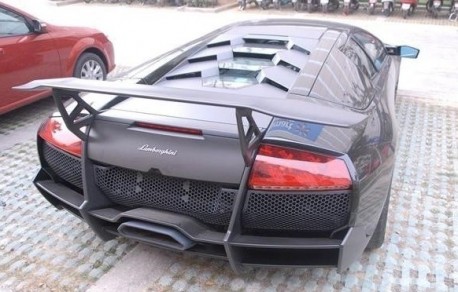 Lamborghini is doing very good business in China, it will likely become their number 1 market this year. To help sales up even more Lamborghini will debut their new SUV on the Beijing Auto Show next month. Lately however, Lambo seemed slightly worried about the Chinese car market. 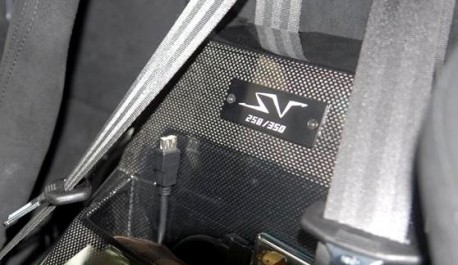 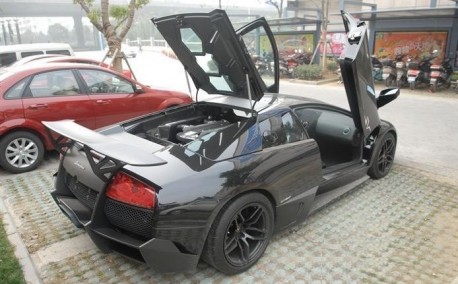 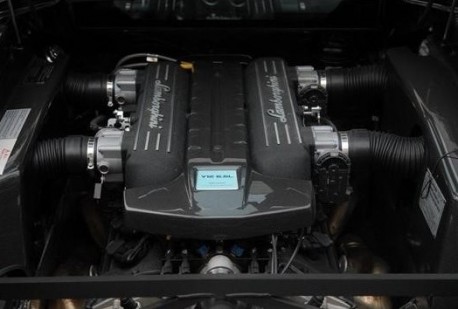 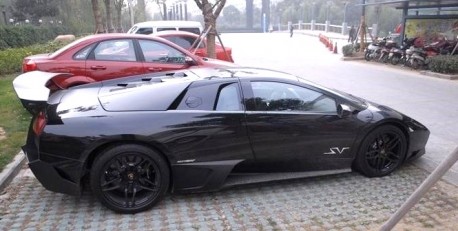