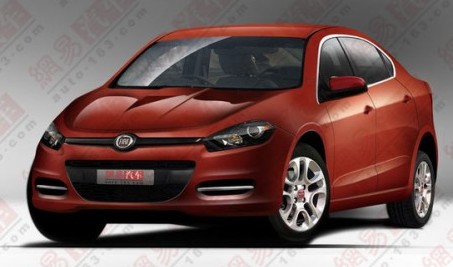 Fiat and Guangzhou Automobile will begin selling the first car made under their joint venture in China in the second half of 2012 at a plant with a capacity to make up to 170,000 units a year, the head of the Italian automaker said Wednesday.

“That will be the first phase,” Fiat Chief Executive Sergio Marchionne said at the automaker’s annual shareholders assembly in its hometown in northwestern Italy, referring to the number of vehicles to be produced.

“We’ll see how well we get to this [number],” he said. Based in Guangzhou, China, the plant can increase its capacity to more than 300,000 vehicles a year with a minimum of investment, he said.

The car, to be christened the Viaggio, is a sedan for the C, or midsize, segment of the Chinese market, which is fast becoming the biggest in the world. Viaggio is Italian for voyage or journey.

Fiat and Guangzhou will publish photos of the car near the end of next week, ahead of the motor show in Beijing where they will unveil the car, according to a person close to the matter.

The car will be built on the Compact Wide platform, the same one used by Chrysler Group LLC’s new Dodge Dart. It is the latest example of Fiat’s strategy to have more models share the same platform to cut costs and quicken the time it takes to develop new models. Its alliance with the U.S. automaker, in which it has a controlling stake, is also working toward that end.

Fiat and Guangzhou won’t only sell the car in China but also export it to some countries in Europe, the person told Dow Jones Newswires.

In terms of sales, Fiat and Chrysler are far behind other car manufacturers in China, selling little more than 20,000 units a year. Fiat imports its 500 city car, Bravo hatchback and Freemont sports-utility vehicle, while Chrysler brings mostly Jeeps to the country.

Fiat has been expanding its dealer network in the country in anticipation of the new car to 100 from 40.

The goal of Fiat and Chrysler is to reach combined annual sales of 300,000 vehicles by 2014, representing 2% of the Chinese market.

Marchionne said the next step for Fiat in China is to develop the Jeep brand.

“We need to move to China to see how we can get that brand some relative degree of traction in that area,” he said.

Asia is a region where Fiat is eager to expand because of its robust economy. The company also has a joint venture with Tata Motors Ltd. in India, and Marchionne told shareholders at the assembly he was interested in finding yet another partner.