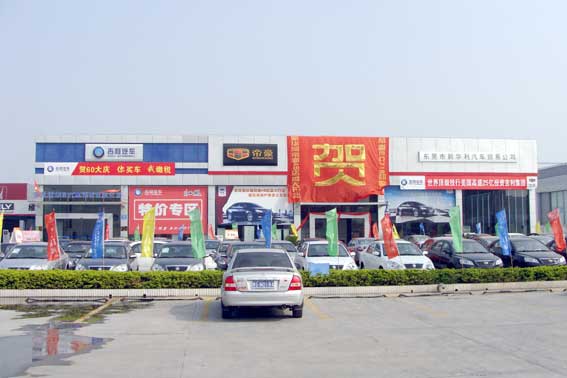 Vehicle sales in China, the world’s largest auto market, rose in April but are down for the year amid tighter credit and slower economic growth.

The China Association of Automobile Manufacturers said Wednesday that April’s total vehicle sales rose 5 percent from a year earlier to 1.62 million vehicles. Sales for January-April, at 6.4 million vehicles, were down 1.3 percent.

Passenger car sales showed a bigger jump, rising by 12.5 percent to 1.28 million vehicles. That increase partly reflected that sales a year earlier were low due to auto production disruptions in the wake of the March 11 earthquake and tsunami in Japan.

Auto sales growth in China has slowed from 35 percent in 2010 to just 2 percent in the first quarter of this year, as local governments imposed traffic curbs, credit policies were tightened and economic growth cooled.

Passenger car sales matched that pace in January-April, rising 1.9 percent to 5.05 million vehicles. But sales of SUVs jumped nearly 34 percent in April and 22 percent in the first four months of the year.

Spring is often a busy month for auto sales before the slow summer months.

“Some customers may have preferred to buy cars before May Day holiday, and I expect output and sales will edge lower in the next few months,” said Zhang Xin, an analyst at Guotai Jun’an Securities, based in Beijing.

“Autos are a consumer discretionary purchase. With prices of staple goods going up we should not be too optimistic,” he said.

At the recent Beijing Auto Show, Ford premiered its three-cylinder EcoSport mini-SUV and other new models as part of an expansion intended to double production capacity in China as it strives to catch up with rivals.

Aiming to tap the fastest growing segments of the market, automakers are rolling out luxury models for newly rich urban Chinese and economy models for the low-income rural dwellers who are just buying their first cars.