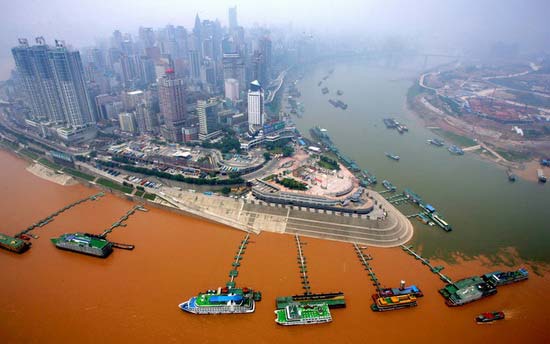 The southwestern city of Chongqing will subsidize purchases of vehicles made in the city, becoming the first local government to offer such incentives. Consumers will receive as much as 3,000 yuan ($471) per vehicle, but the policy will be limited to models with an engine capacity of less than 1.6 liters.

The program is expected to boost new car sales by 30 billion yuan in the city this year. The program will benefit Chang’an Auto, which is from Chongqing, and the Chang’an-Ford, Chang’an-Mazda and Chang’an-Suzuki joint ventures, all of which make cars with small engines. Only loser is Chang’an-Volvo which doesn’t offer anything below a big stinking 1.8.

Chang’an is also offering its own subsidies of up to 2.000 yuan for buyers of its vehicles, the company will allocate 4 million-5 million yuan for the project.

Chongqing is the largest municipality in the world with around 30 million citizens, some 10 million people live in Chongqing city proper.