Spotted in China: Lada Niva with a body-kit 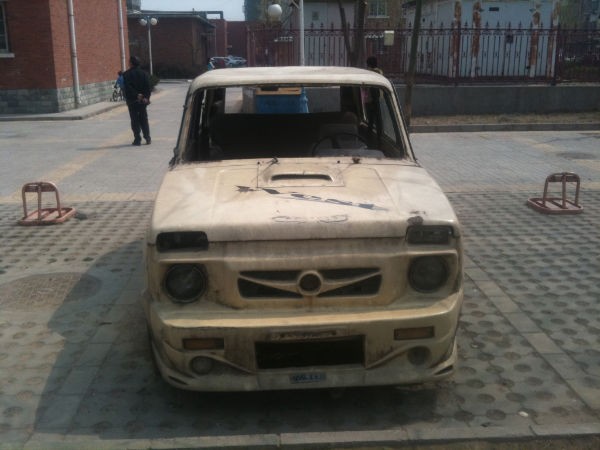 A very sad Lada Niva, seen by reader Kael in Beijing, thank you for the pictures. The good old Niva is clearly very abandoned. Tires are flat, some windows are gone, and it is very dirty all over. But this is also a very interesting Niva because it is sexed up with a very strange and very plastic body-kit, complete with a new grill. The owner must have been a sporty man… 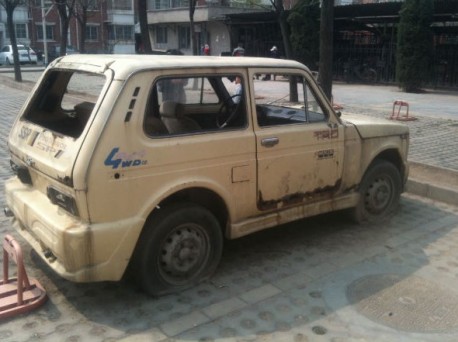 Doors are almost rotting out of the car! Which cruel human being can leave a fine car alone like this? Body-kit makes Niva a low-rider, it was likely added in China. There used to be Niva-clubs out here in the late 1980’s and early 1990’s. Those clubs are now all gone, just like most of the Niva’s, which were imported into China from the Soviet Union and later from Russia. Sales dropped to zero in the late 1990’s when the European cars came in, followed by the Americans and the Japanse. 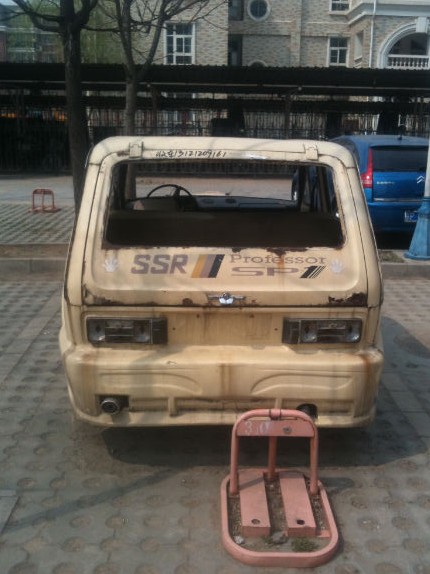 Weird stickers for extra speed. Production of the Lada Niva started in 1977 and continues until today. Engines haven’t changed much over the years, 1.6 and 1.7 patrol four-cylinders. In some markets the Niva was also sold with a Peugeot-sourced 1.9 diesel, but those never came to China. 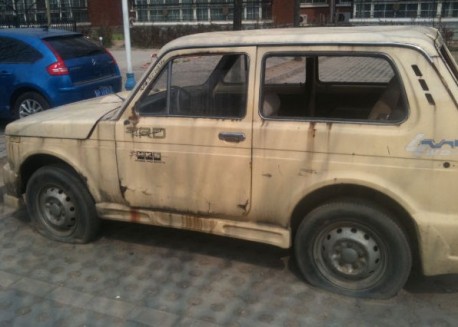 Thanks to Beijing’s desert-like climate this Niva didn’t completely rust away, even so, it seems beyond repair. Earlier on I found another Niva in Beijing which didn’t look much better. Sad cars. 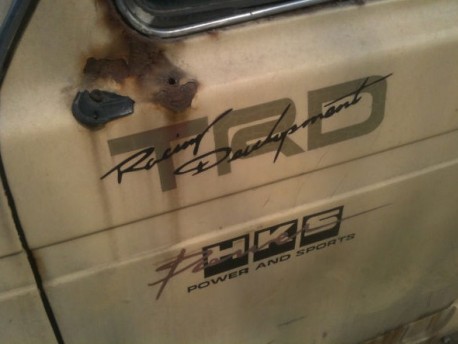 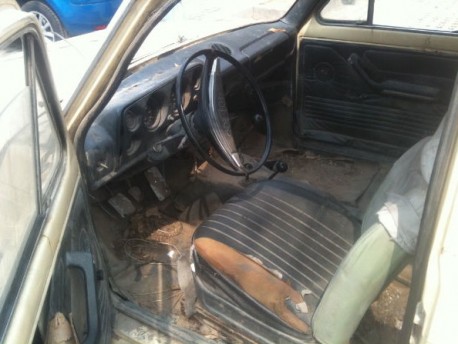 And yez the door was’t locked, welcome back in time. The floor doesn’t look very good but dash is all right. Plastic fantastic! See how incredible thin these doors are, not too nice for the cold Russian winter one would say, or for war. 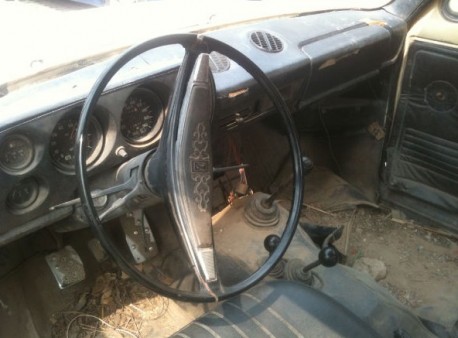 Steering-wheel a great design, made even better by yet another weird sticker. Right seat is missing. 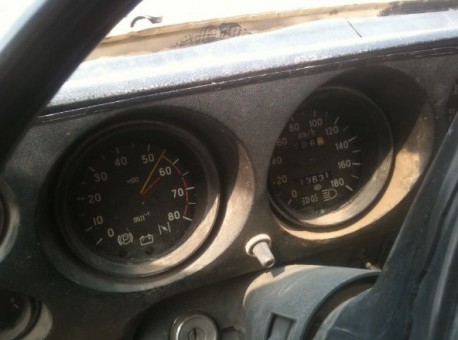 Dials still good, for another Niva maybe. Well, a great Soviet-Russian automobile is no more, but happily this almost empty frame reminds us of the better days. Let it rest there for ever.