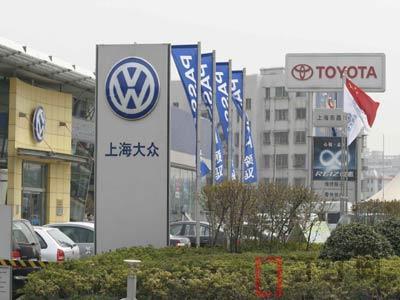 The prices of China’s locally produced vehicles hit a record low in May, as high inventories forced dealers to launch a price war.

According to the Price Monitoring Center of the National Development and Reform Commission, the prices of both locally made and imported vehicles in China’s 36 big- and medium-size cities dropped in May, Caijing reported on June 12.

The prices of locally produced vehicles dropped 0.53 percent from the previous month and 1.14 percent over the last year, the largest monthly decline in 2012.

Analysts attributed the price decline to a vehicle glut as automakers expanded production capacity aggressively even during the market slowdown.

That led to a price war, which put some dealerships in the red.

The China Automobile Dealers Association said that local dealerships’ average inventory had exceeded two months of sales by the end of May, up from 45 days in April.

Another factor impacting the prices is China’s high reliance on oil imports, which is keeping some consumers away from showrooms. In China, vehicles consume about 80 percent of the country’s petrol.