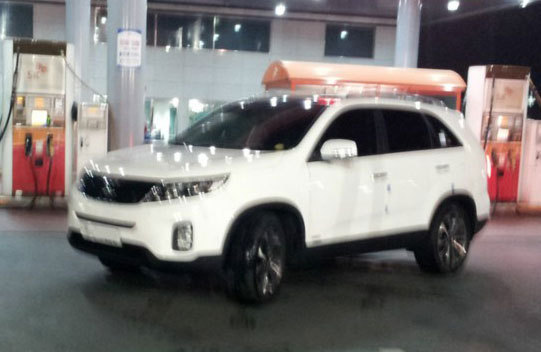 Spy shots from the facelifted 2014 Kia Sorento testing undisguised in China. The current Sorento is imported into China and has become a huge success, helped by the low import tariffs on products from South Korea. This is also why Renault exports the Koleos from South Korea and Chevrolet the Captiva. The 2014 Sorento gets a new grill, new bumpers and new lights. 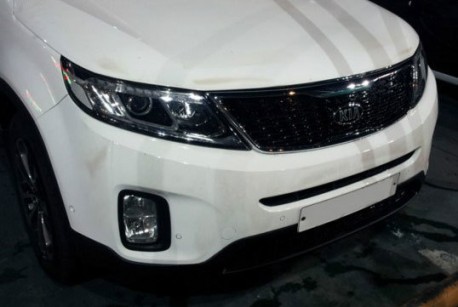 The engines will be the same as in the current Sorento; 276hp 3.5 V6, a 174hp 2.4 and two diesels. The Chinese-market Sorento is powered by the 2.4 patrol and a 2.2 diesel, the V6 isn’t exported to China at the moment but that might change with the facelifted model. When it comes to SUV’s Chinese car buyers still like big engines very much. 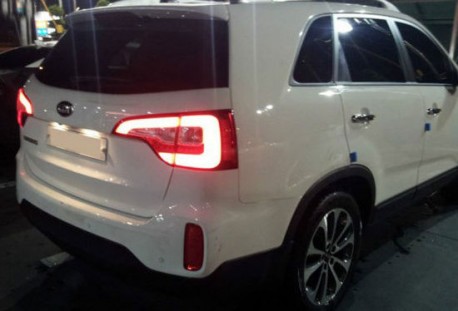 New light unites very nice, especially the vertical fog lights in the bumper. The new Sorento will likely debut at the Paris Motor Show in September, and for China likely at the Guangzhou Auto Show in November. 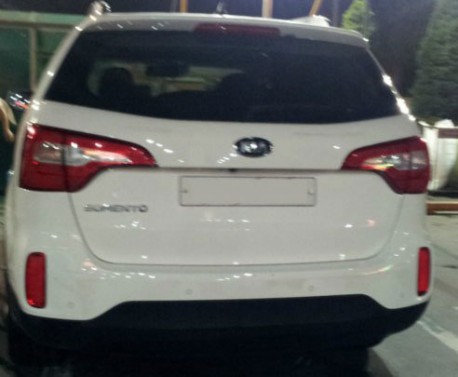