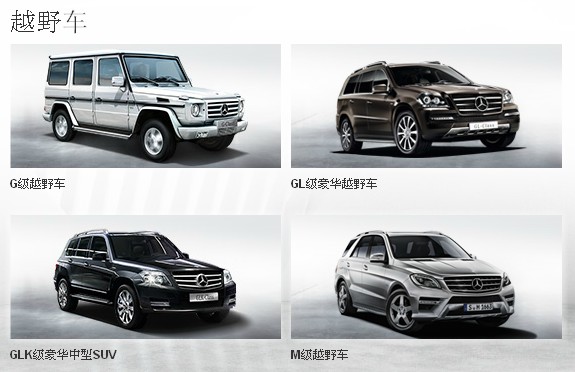 The establishment of a western regional office in Xi’an marks another milestone for Mercedes-Benz, completing the German luxury auto manufacturer’s strategy to divide its Chinese operations based on regional markets, according to company management.

Mercedes officially inaugurated its office for operations in the western region on Thursday at the Xi’an International Automotive Industry Exhibition, reaffirming its long-term commitment to the world’s largest vehicle market.

The establishment of the Mercedes-Benz office for operations in the western region will help the company further expand its sales network and improve after-sales strategies to better meet the needs of customers in the region, with a goal of making China the company’s largest market in the world by 2015, said Bjorn Hauber, executive vice-president of Sales and Marketing at Mercedes-Benz (China) Ltd.

“Over the years, cities in western China, such as Xi’an and Chengdu, have witnessed dramatic growth and changing lifestyles that demonstrate the region’s huge market potential,” Hauber said.

“Although the region currently contributes 15 to 20 percent of our overall business, it’s more interesting that we see the highest growth rates in the western China markets, led by the two cities.”

This rapid growth means the market is more important than ever to the company’s overall development strategy in China, he said.

“This, together with the increasing all-around efforts of the Chinese government to further develop the western region, has compelled us to place an even greater focus on achieving sustainable development in this market,” Hauber said.

“And along with a strong product portfolio, network expansion and excellent after-sales service are also the keys to our success in China,” he added.

This year, the sales network will be further be expanded to augment its existing 25 dealerships in the western region, allowing the company to stay closer to its customers and provide them targeted services.

Mercedes-Benz recently announced the establishment of its fifth training center in Xi’an after the first four were opened in Beijing, Shanghai, Guangzhou and Chongqing.

“It’s a testament to our support for the development of the western region by ensuring overall retail service quality. But that’s not all: the building of our Chengdu Parts Distribution Center, which witnessed its opening ceremony a few weeks ago, is further proof of our continuous investment efforts in the western regoin,” said Hauber.

Mercedes-Benz has witnessed strong growth in China, with sales increasing from around 20,000 units in 2006 to around 200,000 in 2011. This year, Mercedes-Benz has grown along with the premium market in China at a sustainable pace, with nearly 88,000 units delivered in the first five months, an increase of 13 percent year on year.

Once it overcomes its current shortage of some popular models, the company expects the double-digit growth to continue for the rest of the year despite the stagnant overall domestic passenger vehicle market, Hauber said.

“With enough supply in the second half, I am strongly confident about Mercedes-Benz’s robust market performance for the whole year and even more confident for the long run,” said Hauber.

“Our growth can largely be attributed to the longest and most comprehensive product lineup of Mercedes-Benz in China, which has been the cornerstone of our success in reaching out to customers and meeting their needs.”

China is currently the largest market worldwide for both its flagship S-Class sedan and R-Class. The country is also the second-largest market for its B-Class, E-Class, M-Class and GLK-Class as well the third largest for its smart and AMG brands.

The success in recent years can be greatly attributed to the German brand’s “Young Mercedes” strategy in the recent years.

Now that the Chinese have a greater appreciation of the brand’s value, the company’s strategy has evolved into the mantra of “Sporty Mercedes” through dynamic products, driving experiences and marketing platforms.

“As the inventor of the automobile, Mercedes-Benz has a history of 126 years. Since that time the Mercedes-Benz brand has always had passion and youthfulness at its core,” said Mao Jingbo, vice-president of marketing at Mercedes-Benz (China) Ltd. “It’s also a brand for sporty driving pleasure.”

She also said that the company has a history of projecting a sporty image.

“Mercedes-Benz is a brand born for energetic drivers. Our products are young and sporty.”

In 2012, Mercedes-Benz introduced tailor-made Mercedes-Benz Driving Experience in China, a national, year-round test drive event that covers all models. The cooperation between the Chinese and the German instructors for Mercedes-Benz enables more consumers to feel the fascination of the Sporty Mercedes through the most intuitive experiences and explanations during the event.

Consumers in seven cities in western China will have more opportunities to test drive all Mercedes-Benz models either as drivers or as passengers.

To further exemplify this image, the company plans to sponsor sporting events in China, such as golf, tennis and motorsports. Last week, Mercedes-Benz officially signed an agreement with the China Golf Association to become a strategic partner of China National Golf Team as it prepares for the 2016 Olympics Games.

“More importantly, it was our first-ever partnership with a national golf team worldwide. Mercedes-Benz has therefore created a strategic pattern – the top-level players, professional teams and the highest amateur tournaments – for its golf marketing,” said Mao. “Mercedes-Benz China’s marketing has set another perfect example to the world.