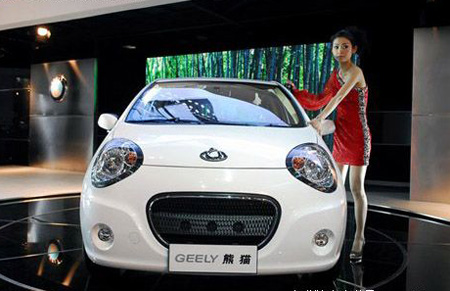 One of the most influential insiders in China’s car manufacturing industry has warned that half of the country’s domestic auto brands could be wiped out in the next few years, as it’s hard for them to recover from the current sales slump.

Revealing grim new industry figures, which show that vehicle deliveries in the first half of the year slowed to their lowest growth rate in 14 years, Dong Yang, general secretary of the China Association of Automobile Manufacturers, said one of the solutions to the slump for many local manufacturers lies in increased cooperation with foreign rivals in production and in research and development.

“The domestic automakers’ dilemma will not change over the next two to three years, and will be even harder during the second half,” Dong said.

According to the CAAM statistics, China delivered 9.6 million vehicles in the first half, a 2.9 percent increase year-on-year.

The braking market has now forced the association to lower its expectation of the growth rate for China’s automobile industry in the whole year from the previous 8 percent to 5 percent, making its annual sales target of 20 million a mission impossible in 2012, said Dong.

The association chief also said that in the first half, homegrown passenger vehicle brands sold 3.15 million units in total, down 0.16 percent from a year earlier.

Their total market share of 41.39 percent also dropped by 3 percentage points over last year, compared to more than 50 percent of market share in 2010.

Industry analysts were united in their belief that the sales curbs being enforced in four big cities will bring more pressure to the struggling homegrown brands.

Guangzhou has just started limiting car registrations, with no more than 10,000 new car license plates being issued a month.

Experts are now predicting the restrictions will be followed by more Chinese cities with environmental and traffic problems.

Chery Automobile Co, China’s biggest homegrown automaker by sales, has reported a sales decline of 9 percent from the previous year to 265,500 units in the first six months.

According to Chang’an Automobile (Group) Co Ltd’s statement filed for Shenzhen Stock Exchange on Thursday, although its total sales, including those from joint ventures, in the first half dipped only 4 percent year-on-year, it will face a net profit decline of more than 40 percent due to poor sales of its homegrown branded vehicles.

In contrast, sales of German-branded passenger vehicles in China surged by more than 20 percent in the first half, show the latest figures.

Volkswagen AG this week reported total sales of 1.3 million vehicles in China from January to June, an increase of 17.5 percent over last year.

US automaker General Motors Corp, the largest foreign automaker in China, said earlier this month that its sales in the first half rose 11.3 percent from last year to a record of 1.42 million units.

Cui Dongshu, deputy secretary-general of China Passenger Car Association, said “Although Chinese automakers have made efforts in recent years to compete with foreign rivals, they are facing high pressure from the fierce competition especially in such a market slowdown.”

According to the recently-released J.D. Power’s 2012 China New-Vehicle Intender Study, Chinese consumers have become more likely than ever to buy European brand vehicles, with 35 percent of buyers saying they planned to buy a European model, against 25 percent in 2009.

The report, which examines pre-purchase considerations among consumers in China who plan to buy a new vehicle within the next 12 months, said that German models, in particular, were preferred, topping seven of the 11 segments reviewed.