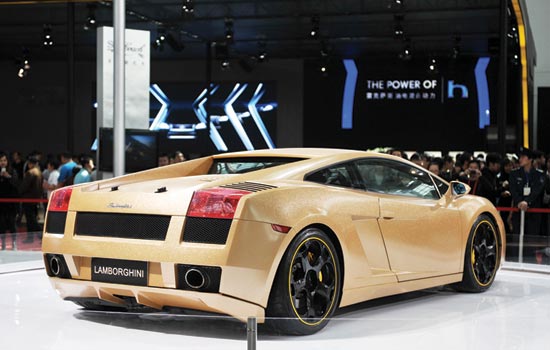 China’s supercar market will grow at between 20 percent and 30 percent annually over the next five to 10 years, according to the general manager in Asia-Pacific for the famous Italian brand, Lamborghini.

Christian Mastro admitted that the current economic slowdown is having an effect on sales of his cars this year, describing the market currently as “a little quiet”.

But after enjoying a 150 percent surge in year-on-year sales in 2010, and a 70 percent rise in growth last year, Mastro insists the future of his business in China is “bright”, despite a sluggish economy and vehicle purchase limits in four Chinese cities, including Guangzhou.

“Compared with mature markets like the United States or Japan, the supercar-market share in total vehicles sales is quite small in China.

“But long-term, the sector will grow by 20 to 30 percent annually on average over the next five to 10 years,” he added.

The famed Italian sports car maker expects this year’s sales in China to roughly keep pace with last year’s 342 units, which accounted for a fifth of its total global sales.

In the first six months, Lamborghini has delivered more than 120 super sports cars to Chinese consumers.

Lamborghini can take up to 18 months to be delivered.

Mastro added: “The supercar segment is very product-oriented. The launch of our latest model, the Aventador, will boost sales. And when our SUV model, the Urus, which made its world premiere at the Beijing auto show this April, goes into mass production and hits the market, we expect a surge in sales.”

According to the latest figures from the China Association of Automobile Manufacturers, vehicles sales in China rose 9.9 percent in June from a year earlier to 1.58 million units. That brought the sales for the half year to 9.6 million, up 2.9 percent year-on-year.

Although China’s car market is slowing for the first time in two years, the sale of luxury brands still increased by 30 percent and the super luxury brands enjoyed a more than 60 percent surge.

Statistics show that of all sales in Europe and North America, 0.2 percent were of super luxury vehicles.

However, the figure was just more than 0.05 percent in China, indicating massive growth potential in the sector, experts said.

Since Lamborghini officially entered China through its first showroom in Beijing in 2005, it has made the country the largest market for its brand in 2011.

After establishing itself in China’s first-tier and costal cities, Lamborghini is making efforts to take advantage of the huge potential from China’s second and third-tier cities in inner land.

This week, it opened its 13th, and 14th dealerships in the country: in Wuhan, Hubei province, and in Kunming, Yunnan province, to support its strategy of tapping China’s growing central and western regions.

The company plans to have 20 dealerships across the nation by the end of the year and 26 by 2017.

Maserati, another top Italian luxury and sports car brand, recently reported it saw sales double in the country to 800 units in 2011, which helped China overtake Germany to become its second-largest market in the world.