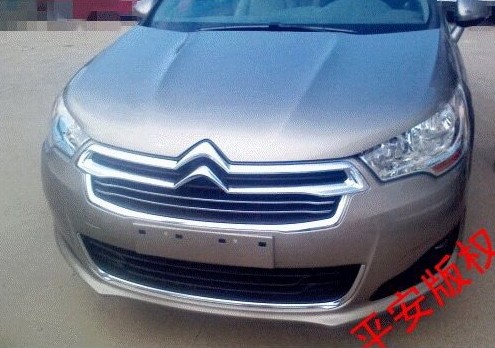 The very first spy shots of the new Citroen C4L without camouflage. Sadly we can only see part of the car but we will likely get the rest soon later. The Citroen C4L will debut internationally on the Paris Auto Show in September, it will then debut in China on the Guangzhou Auto Show in November.

The Citroen C4L will be made in China by the Dongfeng-PSA joint venture, production will begin late this year and it will be launched on the Chinese car market in early 2013. The China-made C4L will be powered by a 1.6 turbo with 163hp or a 1.8 with 136hp. Earlier on we heard a naturally aspirated 1.6 would also be available but new reports seem to indicate this ain’t so.