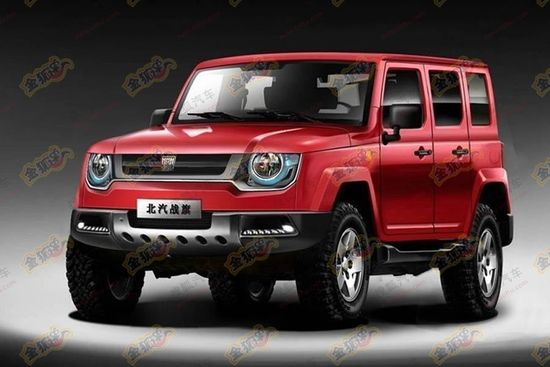 Chinese media reports Beijing Auto Works, a division of BAIC, is working on a new SUV which will be sold under the ‘Zhanqi’ brand-name. Zhanqi, meaning ‘war flag’, sells dirt cheap 4×4’s that are based on the ancient Beijing Auto Works 212.  The vehicle on the rendering has the Zhanqi-logo on its nose and the word ‘Beiqi Zhanqi’ on its license plates.

Size-wise it seems about the same size as the upcoming Beijing Auto Works B80, which according to earlier reports will spawn a military version and a civilian version, called the B80V. This new Zhanqi might very well be that very same B80V, assuming Beijing Auto Works doesn’t need two cheap small-sized SUV’s. Design of the new Zhangqi seems slightly inspired by the Land Rover DC100 concept, especially at the front. 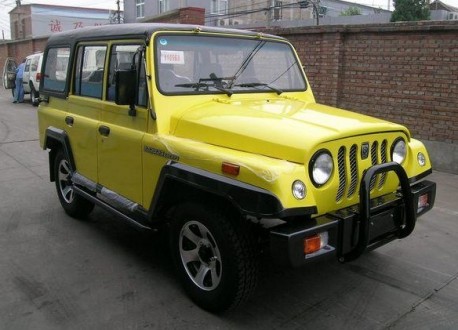 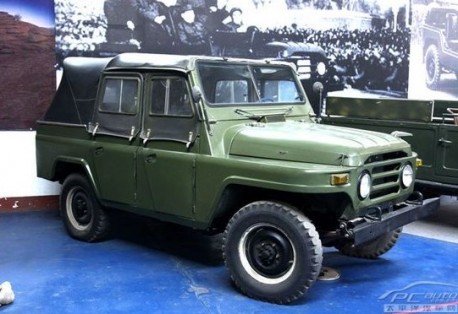